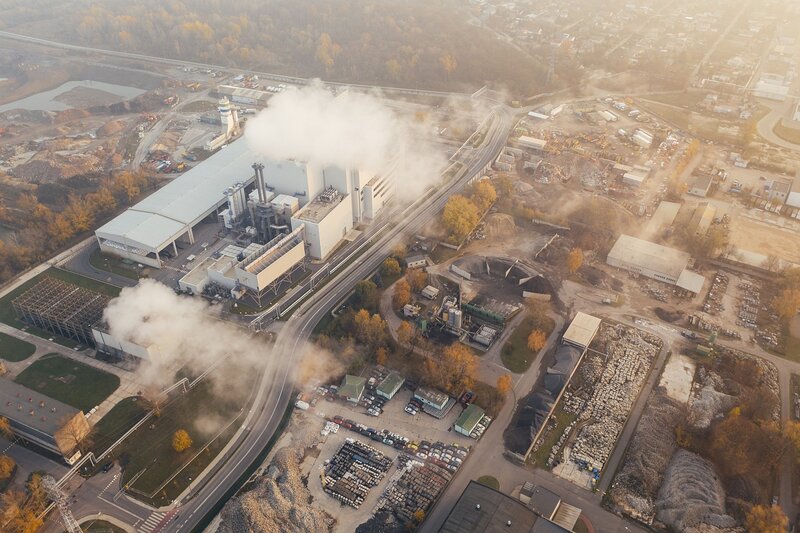 As in the medical field, so too does climate require a diagnosis of the cause of underlying symptoms before targeted interventions can be implemented. Tracing the source of Greenhouse Gas (GHG) emissions and having a common, trusted point of reference is the key towards building consensus and taking targeted actions. Several technology solutions have been deployed on this front in the recent past.

In his 2005 book Collapse, Jared Diamond discusses the collapse of past societies, including those significantly influenced by human-caused environmental changes. One such example is that of Easter Island in Polynesia in the 1860s. Exploitation of the local ecosystem went unmitigated, with land clearing for cultivation and later foreign diseases and invasive species, that decimated the local population. Since then, thanks to scientific advancements, immense awareness on the anthropogenic impact on the Earth’s environment has emerged.

Also in Polynesia lies Hawaii, home of the Mauna Loa Observatory. Back in 1958, scientist Charles David Keeling began a project to measure CO2 emissions and warned the world of anthropogenic contribution to global warming (the Keeling curve). Today, atmospheric concentration of not just CO2 but also of other more potent GHGs like Methane, Nitrous Oxide and Sulfur Hexafluoride is measured daily.

Much is known about the sources of these pollutants; almost three-quarters of emissions come from energy use; another one-fifth from agriculture and land use and the remaining from industry and waste. However, mitigating global warming requires a lot more than just measuring the total atmospheric levels of GHGs.

You might also like: What Would Happen To The Climate If We Stopped Greenhouse Gas Emissions Immediately? 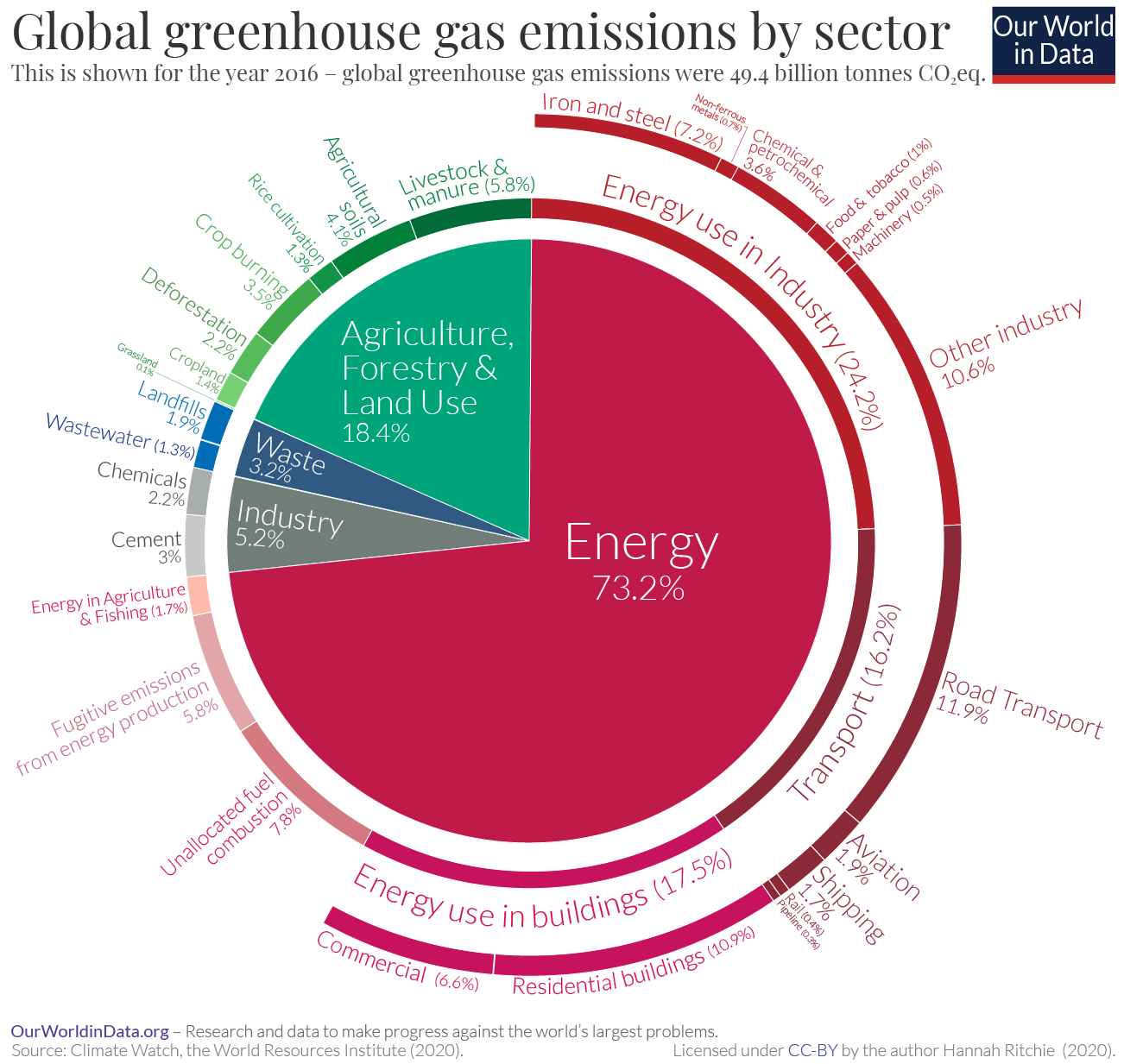 In 2013, the Environmental Defence Fund (EDF) conducted a multi-stakeholder project to measure methane emissions from the US oil and gas sector, one of the largest sources of methane. Researchers used sensors mounted on drones and airplanes to measure emissions across the supply chain. The project served to both highlight methane as a challenge for the environment as well as showcase how reliable, low-cost sensors, remote monitoring and internet-of-things (IoT)(encompassing everything connected to the internet) can help energy companies reduce emissions.

Canada-based privately-owned GHGSAT have launched two satellites – one in June 2016 and another in September 2020 – to provide remote sensing of CO2 and CH4 (methane) and other trace gases from any source in the world. They use atmospheric measurements from a site and provide data analytics-based insights. Similarly, The European Space Agency launched its TROPOMI satellite in 2017. TROPOMI provides accurate and timely observations on air quality, climate and the ozone layer. Among other atmospheric observations, the data helps support and evaluate policies implemented to control emissions.

Another EDF initiative is a satellite-based CH4 emissions tracking project, MethaneSAT, slated to launch in 2021. MethaneSAT will have the ability to measure with exact precision emissions from regions that account for more than 80% of global oil and gas production. It aims to distinguish between human-made emissions and ambient sources with high precision and trace them back to their origin, enabling companies and governments to track, quantify and reduce emissions.

Another significant initiative was undertaken earlier this year. A selection of climate research groups, technology companies and nonprofits, backed by former US Vice President Al Gore, came together to form the Climate TRACE (Tracking Real-time Atmospheric Carbon Emissions), a coalition deploying technology to independently detect and measure emissions at the source across the world and in real time. The group will use a mix of self-learning AI-based algorithms, satellite image processing, machine learning and land- and sea-based sensors to track emissions from specific power plants, ships, factories, etc. Their immediate objective is to showcase a formidable real-time emissions measurement tool. Next year in Glasgow, Scotland, the COP26 talks will be held and Climate TRACE hopes to support the talks with “the most thorough and reliable data on emissions the world has ever seen.” As Gore says, “Our vision is to equip business, policy and citizen leaders with an essential tool to fully realise the economic and job-creation opportunities of the Sustainability Revolution.”

While measuring emissions is one important part of the puzzle, another is the authentication of data from a myriad of sources on a real-time basis. This is where Distributed Ledger Technology (DLT) (the term to collectively describe IT systems that replicate, share and synchronise digital data spread across multiple sites, countries or institutions) comes in. The UN-endorsed DLT for Measurement, Reporting and Verification (MRV) of emissions is an important step in improving transparency and reducing uncertainty on countries’ rates of emissions to effectively implement the Nationally Determined Contributions (NDCs) submitted under the Paris Agreement. Further, DLT can facilitate carbon trading, taxation and caps, improve data availability and enable new ways of financing climate projects. Implementing GHG emissions accounting using verified data and models and publishing the trusted emissions data could be used for a wide variety of business activities. Tracing and aggregating greenhouse gas emissions across countries and making accurate GHG emissions data available at the consumer level could make incentive mechanisms for climate action accessible to the poorest.

It is a combination of analytical tools and normative considerations that would form a pathway towards combating global warming. Technology solutions from individual stakeholders are getting consolidated along many fronts and a commonly understood linkage between GHG and their sources can facilitate establishing economic policies, drive consensus in climate talks among countries and foster trust among them. It is the key to nudging businesses, communities, and individuals to change practices and foster development of targeted solutions, thus converting a problem into an opportunity. 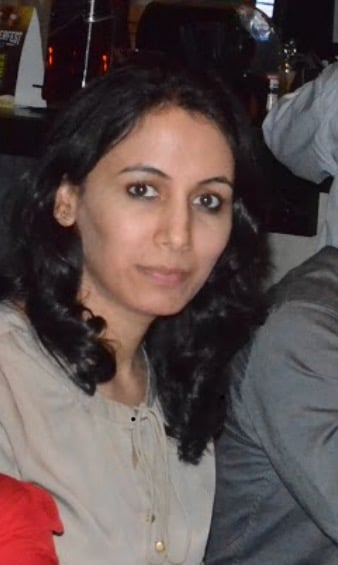