Everyone Dreams of Travelling Again, But How Can it be Done Sustainably? 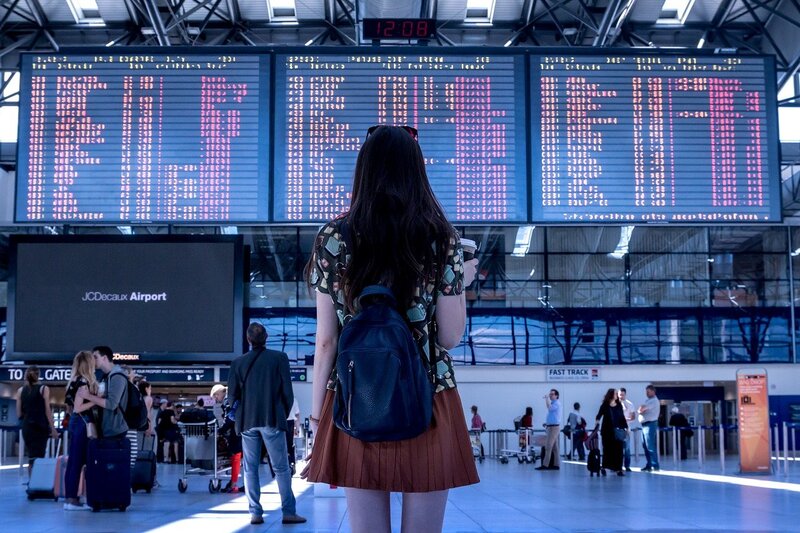 Pre-COVID, Hong Kong International Airport (HKIA) was one of the busiest airports in the world, with over 120 airlines flying to 220 destinations worldwide. In 2019, HKIA handled 71.5 million passengers and 4.8 million tonnes of cargo and mail. With the completion of the planned third runway, HKIA’s passenger and cargo traffic is expected to reach 100 million passenger trips and 6 million tonnes in 2025, and CO2 emissions are expected to reach 22 million tonnes. HKIA fulfils and is set to continue to fulfil an important economic function for Hong Kong as an international financial and business centre, therefore it is all the more important to be prepared for a sustainable future.

However, the overall importance of the aviation sector to Hong Kong’s economy will make reducing emissions a challenge. In the early months of the COVID-19 pandemic, an alternative world emerged: scenes of wildlife reclaiming their habitat and hazy skies clearing over major cities. It showed what could become possible if we put sustainability at the heart of economies. This is also true for the aviation industry. The goals of the Paris Agreement and the carbon neutrality target for Hong Kong by 2050 are not compatible with fossil-fuelled commercial aviation.

The COVID-19 crisis has also led to a strong negative economic impact on the aviation industry. In 2020, net losses to the global aviation industry amounted to more than US$118 billion. The COVID-19 aid packages have been a vital lifeline for airlines around the world. Although this would have been a real opportunity for governments to impose environmental conditions as part of their bailout terms, few – such as the Netherlands and France for Air-France-KLM or Austria for Austrian Airlines – imposed conditions in favour of the environment. For Air France, this means reducing total CO2 emissions per passenger kilometre by 50% by 2030 compared to 2005. As part of this, Air France must reduce CO2 emissions from short-haul flights for which there is a rail alternative of less than two and a half hours by 50% by the end of 2024. For Austrian Airlines the climate conditions require the airline among other elements to reduce their domestic emissions by 50% by 2030 and shift passenger travel from short distance flight to rail where train connections below 3 hours are available.

Although not all governments have taken measures to strengthen the sustainability of airlines in their rescue packages, COVID-19 offers airlines and airports the opportunity to rethink their strategies to create a greener and more resilient future. What does this mean for Hong Kong?

According to the International Civil Aviation Organisation, a key recommendation to reduce aviation’s CO2 emissions is to promote the development of low-carbon fuels – so-called Sustainable Aviation Fuels (SAFs). SAFs, which are derived from biological or synthetic feedstocks offer a potential solution to significantly decarbonise the aviation industry. Although SAFs still produce emissions during the combustion process, studies show that they emit up to 80% less carbon emissions than conventional jet fuel over their entire life cycle.

The Hong Kong government could follow Norway’s example and also introduce a blending mandate of 30% SAF by 2030 for Hong Kong International Airport and at the same time introduce a significant tax credit for airlines using SAF. By doing so, airlines that want to actively rely on SAF, such as Cathay Pacific- which has been at the forefront of investing in sustainable aviation fuels– could source more SAF without being at an economic disadvantage compared to airlines that fill up with the currently still cheaper conventional fuel.

Another recommendation takes up the issue more directly, focusing on the carbon emissions of aviation. Several countries or institutions such as the EU are advocating for a carbon tax on aviation – putting a price on the emissions caused by flying. Pricing the carbon emissions of aviation could ensure that the passenger pays a fairer price for flying. The price of an air ticket would be increased accordingly, which in turn would also manage the demand for flights – a study from Switzerland indicates that an airline ticket tax pricing the carbon emissions at 30 CHF (247.5HK$) for short-haul flights and 120 CHF (990HK$) for long-haul flights is likely to noticeably curb demand by up to 20% in the short term. Some countries such as the UK (who currently imposes an 82£ (882 HK$) levy for a non-European flight) have already introduced such a carbon tax for aviation. To keep the system as simple as possible, the airline ticket tax is usually divided into a tax on short-haul flights and a tax on long-haul flights. The revenue could be used for the further development of low-carbon fuels and to finance local climate protection measures.

These two measures would be a first important step. However, they would unfortunately not be sufficient to achieve carbon neutrality by 2050. While a strong increase in the use of sustainable aviation fuels and the introduction of a carbon tax for aviation would lead to a reduction in emissions, overall demand for international aviation is likely to increase in the future, based on International Civil Aviation Organisation projections.

What Can Be Done Next?

New technologies such as zero-emission battery-electric aircrafts will not be operational for short-haul flights until 2026 and are so far designed for a capacity of only up to 19 seats. This first generation of electric aircraft is suitable for commuter flights between small airports near city centres, but not for international air travel.

There is no way around it: growth in air travel must also decline.

Cargo air transport is closely linked to economic development. Because of its ability to deliver products quickly, it is difficult to be replaced by other modes of transport over very long distances. On the other hand, the growth of civil aviation for business or leisure purposes is also a lifestyle choice. If other similarly attractive low-carbon transport options were available, people might choose the more climate-friendly option. One example of such a low-carbon mode of transport are high-speed trains.

Hong Kong was connected to mainland China’s high-speed rail system in October 2018 through the Guangzhou-Shenzhen-Hong Kong Express Rail Link. The high-speed line connects Hong Kong to 58 stations on the mainland without changing trains. The high-speed network is already more attractively priced than air travel for many cities in mainland China and produces significantly fewer carbon emissions. Moreover, when travel time to and from the airport and possible delays are taken into account, the train is absolutely on a par with air travel for a journey time of less than five hours. In addition, Hong Kong will be included in the central government’s plans for an intercity maglev rail network. New maglev trains will reach a top speed of 600 km/h in the foreseeable future and will run between major Chinese cities, making even longer distances time-competitive with air travel.

Work on alternative low-carbon travel modes must start immediately, because one thing is clear: banning travel is not the answer. Travelling allows us to connect with nature, experience different cultures and be with loved ones. Therefore, it is important that the government reacts decisively and puts more focus on sustainability when it comes to travel.