US Drought: What are the Causes, Effects and Solutions 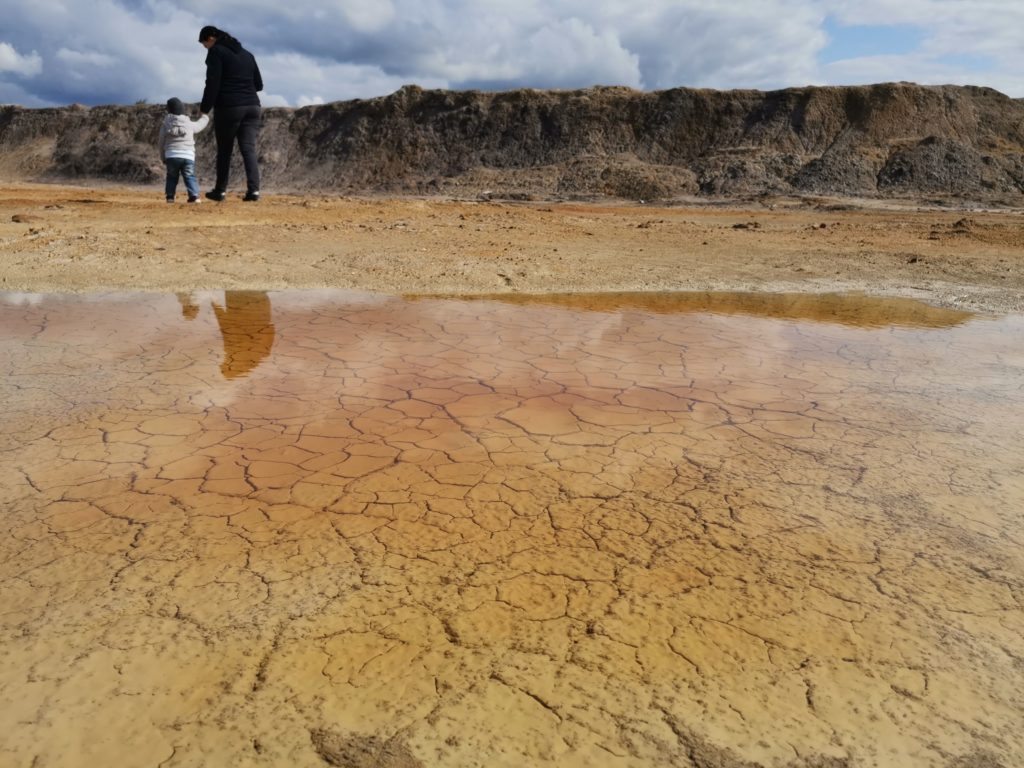 The United States has been in the grips of a drought over the last 20 years, putting enormous stress on agricultural production, water reserves and infrastructure, with water scarcity predicted to affect nearly two-thirds of the world’s population by 2025. A prolonged drought also fuels the risk of wildfires, which in turn contributes more greenhouse gases to the atmosphere, exacerbating the effects of climate change. Earth.Org takes a look at what are the causes of US drought conditions, the subsequent effects of it, as well as potential solutions.

Causes of US Drought

Droughts refers to a phenomenon in which dry conditions and lack of precipitation – whether it is rain, snow or sleet –  occur over certain areas for a period of time, resulting in water shortage.

The amount of precipitation varies between different regions and times of year. In the deserts of the Southwest in the US, the average precipitation is less than 3 inches per year whereas in the Northwest, precipitation reaches up to more than 150 inches every year.

While droughts can occur naturally, human activities including water use and management, as well as effects of climate change such as more intense heat waves and prolonged wildfire season, have worsened dry conditions, allowing droughts to occur more frequently and for longer periods.

Droughts in the US in particular, have been progressively more persistent and widespread in recent years. In 2012, the US experienced its worst and most extensive drought since the 1930s, where as much as two-thirds of the country was affected by drought at its peak. California was amongst the hardest hit, in which unprecedented high temperatures and scant rainfall lead to the worst drought in the state in 1,200 years.

However, things are not looking up. The country has been in the grips of a “megadrought” in 2021 following record breaking dry conditions, lower than average precipitation, and dwindling snowpack in 2020. All of these factors have been exacerbated by the insurmountable emissions from fossil fuel burning in the country.

What are the Different Types of Droughts?

Droughts can be difficult to define and take many forms. To aid monitoring of dry conditions, climate experts categorise droughts into various types, according to the National Oceanic and Atmospheric Administration (NOAA):

Effects of US Drought

Based on the number of different types of droughts that can take form, droughts bring with it a whole host of problems for the environment and the larger human population.

With diminishing precipitation and rainfall, soils and crops dry out easily and die. When this occurs over prolonged periods, including events of heat waves, this severely impacts water levels in lakes and reservoirs, resulting in water shortage for nearby communities and cities.

The loss of food crops caused by droughts have major economic consequences as well. The combined economies of developing countries racked up USD$96 billion in financial losses in 2018 in the agricultural sector, with drought being the leading culprit. More than 80% of drought-induced economic damage and loss suffered from 2005 to 2015 was related to livestock, crops, and fisheries. Consequently, this creates food insecurity on top of preexisting water scarcity, which in turn, exacerbates civil unrest and mass migration, displacing entire communities.

Though more developed countries like the US are less vulnerable, drought-related economic damages are still immense, averaging USD$9.6 billion in damages and loss per event. Food crop losses lead to hikes in food prices, piling more stress on low-income families and communities. 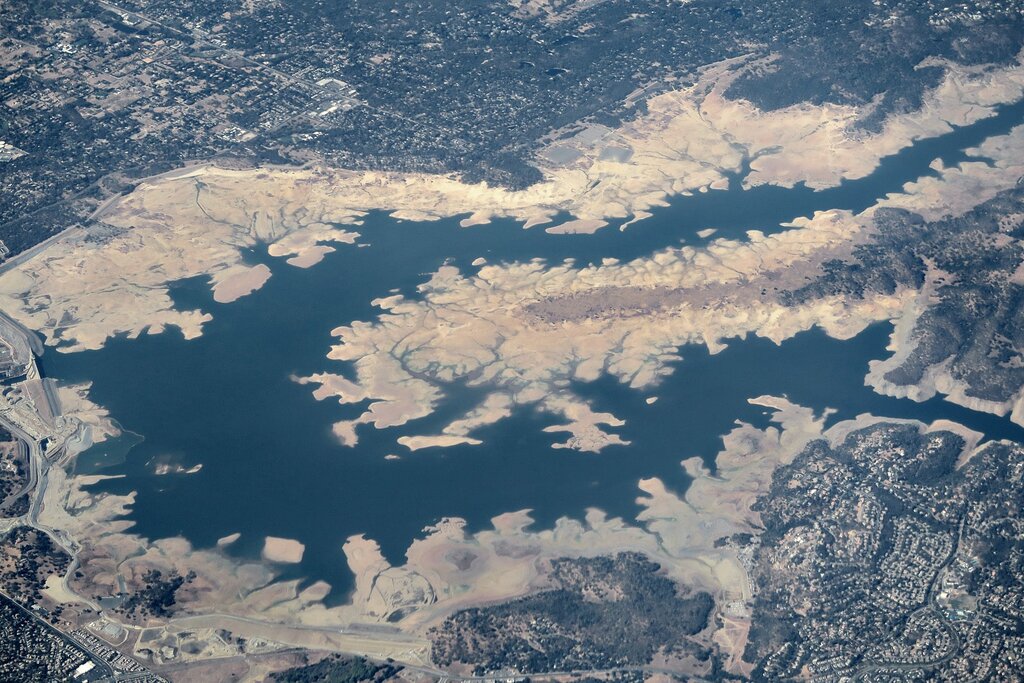 Image 1: Folsom Lake during the California drought in 2015. Photo by: Alan Grinberg/Flickr.

As droughts reduce water levels in bodies of water as well as streamflows, they can hugely impact marine ecosystems, too. Reduced flows can lead to poorer aquatic and marine habitats and dissolved oxygen concentrations, which can impact fish and invertebrate growth and survival. It also results in lower numbers of migrating juveniles, negatively affecting population size of species.

California, which was previously mentioned to have suffered one of the worst droughts in a millennia, has already seen evidence of changes in aquatic ecosystems. A large number of native fish populations that depend on the San Francisco Bay–Delta Estuary – from the bellwether delta smelt to the iconic Chinook salmon – have suffered sharp declines due to reduced river flows during a severe drought in 2012.

Water shortage has and will continue to be a salient issue for the US as drought seasons become more prolonged and severe.  At Lake Mead, a reservoir formed by the Hoover Dam on the Colorado River in the southwestern of US that some 40 million Americans depend on, water levels are slowly crawling down to its first official shortage declaration for the basin.

As of September 2021, 88% of the population in California lives in drought, with nearly 50% in exceptional drought (the highest of categories) areas. The ongoing drought has already led the state to pass an emergency regulation that will bar thousands of Californians from diverting stream and river water. Mandatory water restrictions were previously imposed in 2015, and will likely be implemented again should the current “megadrought” endures.

Solutions to US Drought

Better water management is in dire need in dealing with the effects of droughts. Vulnerable countries, both developed and developing, need to invest in strategies that focus on limiting agricultural impacts from drier climates and conditions, increase water efficiency as well as reduce consumption of water such as irrigation techniques – switching from flood to drip irrigation, which alone can cut water use by about 20%.

Further, adding more resources in crop rotation, no-till farming (a method for growing crops with minimal soil disturbance), and the use of cover crops could help build up soil health, enabling it to absorb and retain more water.

To reduce water shortage in cities and urban environments, water conservation and efficiency is key. Ageing infrastructure and deteriorating water delivering systems including pipes and mains cost the US an estimated 2.1 trillion gallons in lost drinkable water each year. Adopting widespread energy-efficient technologies and appliances could significantly reduce water wastage. Other methods worth expanding and considering include water recycling infrastructures and stormwater capture technologies.

Ultimately, the most effective solution to droughts in the US and across the world is mitigating climate change. Countries need to abandon their dependence on fossil fuels, which currently accounts for nearly 80% of the global carbon emissions. Slowing and ideally reversing global temperature increase will help reduce the frequency and severity of heat waves, bring in more precipitation over regions of drier climates, allowing water levels and soil health to stabilise.