Ways in Which Vertical Farming Can Benefit Our Environment 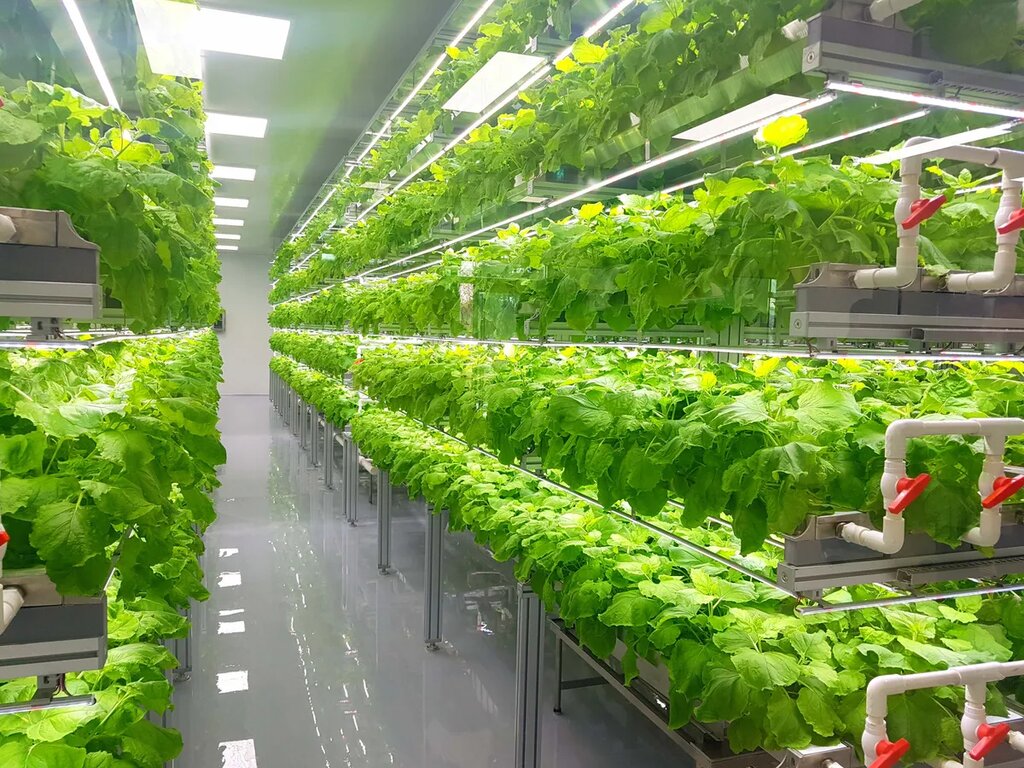 While there are many ways to define this novel farming practice, in the simplest terms, vertical farming is a practice in which food is produced in rather inclined areas. Unlike traditional farming, which grows crops in a single layer, this innovative way of producing food in vertical and fully stacked layers works well with various structures such as shipping crates or skyscrapers and has enormous potential in terms of output and food-related emission reduction. Read on to find out 4 ways in which vertical farming can benefit our environment.

Current modern methods of food production will eventually become unsustainable as the world’s population expands. At the same time, climate change has been making it more difficult to grow crops, raise livestock, and catch fish in the same ways and places. Droughts and floods are becoming more frequent and severe, posing a threat to global food security, as well as pressure for farmers and ranchers. Warmer ocean temperatures are anticipated to cause many fish and shellfish species’ home ranges to change, potentially disrupting ecosystems.

Droughts are currently affecting regions such as India, Pakistan, and Africa, and rainfall in these places is decreasing. For the latter, between 75 million and 250 million people are expected to be without water for domestic use and cultivation by 2020, resulting in a 50% drop in the continent’s agricultural production. This downward trend is expected to continue for the next few decades, according to the latest Intergovernmental Panel on Climate Change report.

As a result, all eyes are turning to vertical farming to provide more crops every year and to reduce the stress on the farms and arable land on the planet. Take lettuce for example. If you grow it in the field using conventional farming methods, you will use about 259 litres more water than using the water-saving vertical farming method.

But what exactly is vertical farming?

It is a modern farming technology that uses environmentally controlled agricultural technology to make the most of indoor farming techniques. This method entails controlling temperature, lighting, and gas levels artificially, all of which can be done indoors. That’s why many farmers compare vertical farming to greenhouse farming. The primary purpose of this farming technique is to increase crop yields in a small or cramped space.

To understand how vertical farming works, there are four essential aspects to consider: physical arrangement, lighting, growth medium, and sustainability qualities. The primary goal of vertical farming is to increase the amount of food produced per square metre. To achieve this, crops are grown in a tower-like living structure.

Second, to maintain the ideal light level in the space, a combination of natural and artificial light is used. Lighting efficiency is improved by using strategies such as rotating beds. Third, instead of soil, vertical farming utilises aeroponics, hydroponics, or hydroponic growing materials – sphagnum moss, coconut shells, and other non-soil media are most commonly deployed. 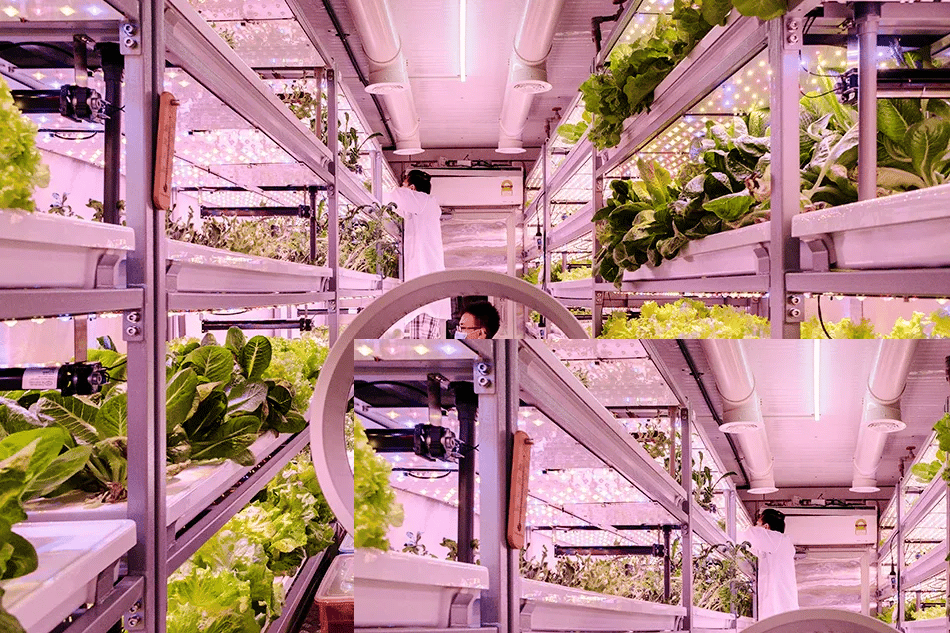 Vegetables are grown under LED lights in a shipping container by the Vegetable Co. in Kuala Lumpur, Malaysia, Aug. 12, 2020. It’s one of many small farms around the world selling directly to consumers. (Ian Teh/The New York Times)

Ways in Which Vertical Farming Can Benefit Our Environment

Vertical farming offers more than just higher yields from smaller crops. The following are some of the most significant ways in which vertical farming can benefit our environment:

Saved space: Stacking layers of vegetation both saves space and can yield more crops. Not everyone has the privilege and access to backyard space, vertical farms can allow anyone to grow their own produce whether or not they have a backyard garden.

Diversification of crops: Vertical farming allows you to cultivate multiple crops at once, and increase your food production. You are no longer forced to choose between plants to fit your limited gardening space. And with effective feeding and watering techniques, you’ll get more out of your crops.

Controlled environment: In contrast to an outdoor garden, which is affected by changing temperatures, sunlight, and frost, vertical gardening allows you to have more control over your plants’ growing environment. This increases the crop’s chances of success and decreases crop losses caused by illnesses, extreme weather, and pests.

While vertical farming may appear to be an excellent solution for those who have limited or no garden area, it is not suitable for all plants. You can’t just grow any kind of perennial vegetable or flower. Trees and shrubs, of course, aren’t on the list. Only a few food crops can be grown vertically due to space and growing needs. That said, vegetables such as tomatoes, bell peppers, lettuce, and broccoli are ideal candidates for vertical farming. 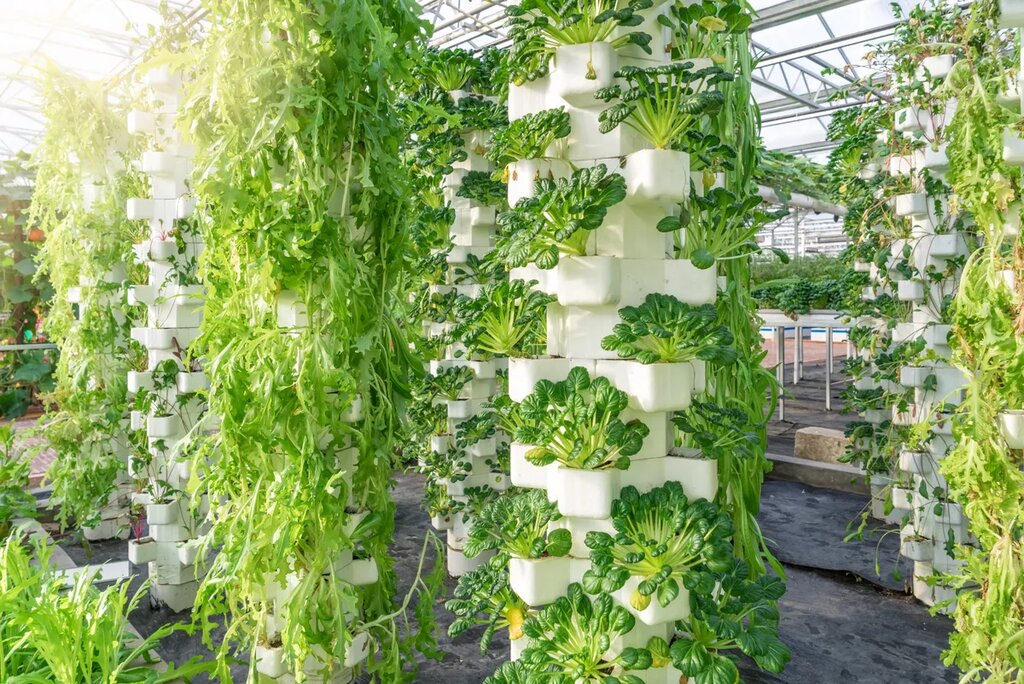 Succulents are another good example of plants that grow well vertically. You can grow almost any plant with your modern equipment, especially plants that prefer high humidity or exposure to light more than normal plants. Woody herbs, mint, chives, kale, broccoli, and basil are some of the other options.

The Future of Vertical Farming

Vertical farming has been called “future farming” by many, and with good reason. This is especially true given that by 2050, a major portion of the world’s population will have moved to cities. In such a setting and an ever-expanding population, the desire for conformity will grow too for food that is both organic and natural.

Vertical farming can help crops prepare for this future challenge by efficiently utilising land and water. It is a sustainable farming technology that produces stable crop rings without sacrificing quality, and which is crucial as 40% of the world’s land has already been degraded, according to a recent UN report. Strengthening the supply chain, lowering production costs, collecting revenues upstream or downstream, and gaining access to new distribution channels are some of the reasons why a company might opt to integrate vertical farming.

Companies can achieve vertical integration through internal expansion, acquisition, or merger. Vertical integration not only increases profits from newly acquired operations by selling products directly to consumers but also ensures efficiency in the production process and cuts down delivery and shipping delays. One of the most prominent vertical farming companies today is AeroFarms, which uses indoor aeroponic technology, a soilless method of growing with a spray irrigation system that reduces plant water consumption by 95%; seeds are sown in rags, and recycled plastic bottles are used as containers. The company’s indoor vertical aeroponics system uses LED lights based on specific wavelengths to maximize the plant’s photosynthetic efficiency.

According to a 2020 report by the World Wide Fund for Nature (WWF), the indoor vertical farming model has grown at an annual rate of more than 24% since 2018 and is expected to reach sales in the USD$3 billion worldwide by 2024. The United States is now the country with the most vertical farms while the sector is booming in Asian countries including Japan, China, Singapore, South Korea, Taiwan, and Thailand. Vertical farms can also be found in Germany, France, the United Kingdom, and the Netherlands, among other places in Europe. 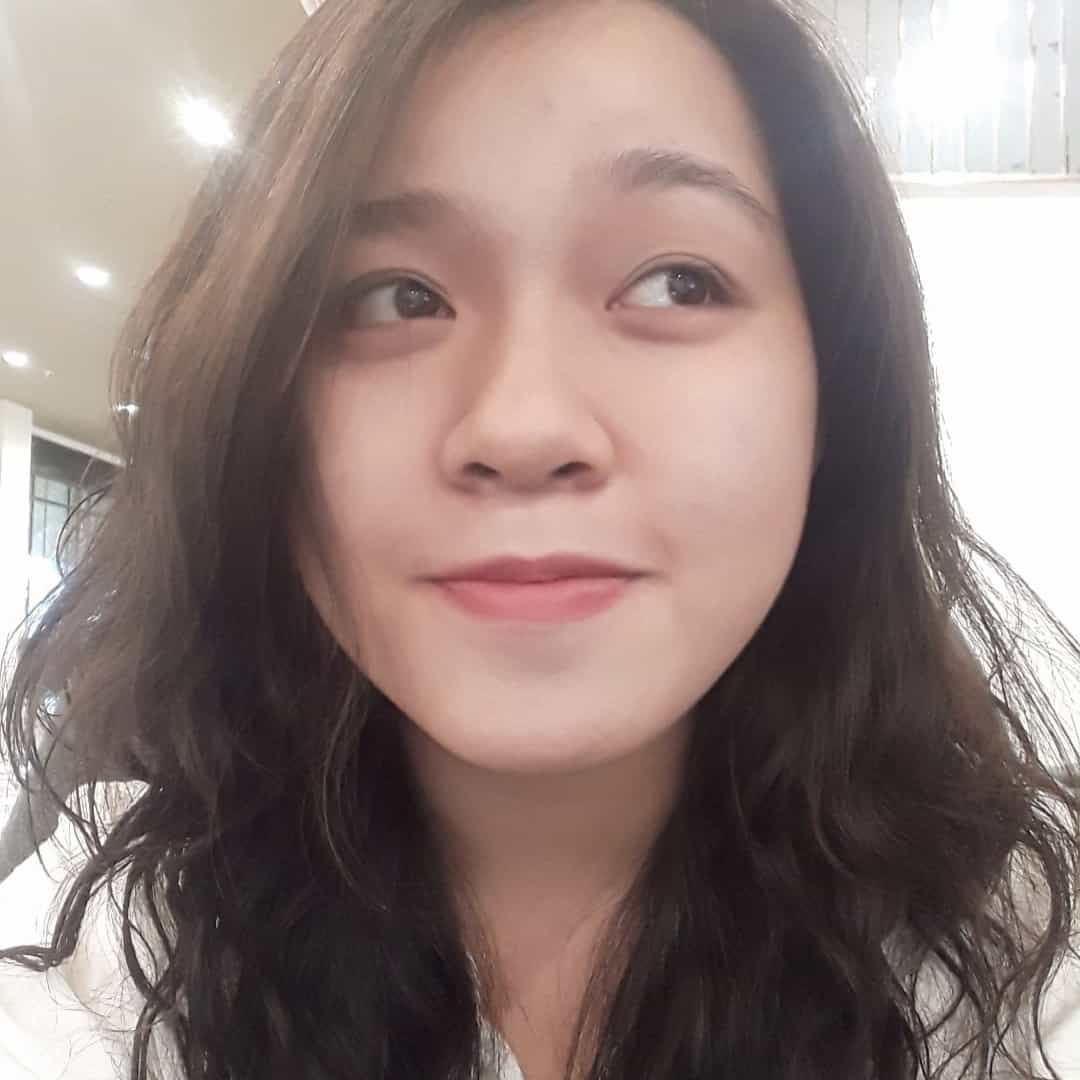 Lei is a student at Tallinn University, studying Liberal Arts and Social Sciences. She is an aspiring writer/journalist with an interest in mental health and climate change issues. Currently, she is working as an Editor Assistant and Chief Marketing Officer at IVolunteer International and Contributing Writer at Earth.Org.