Whales: The Rainforests of the Sea 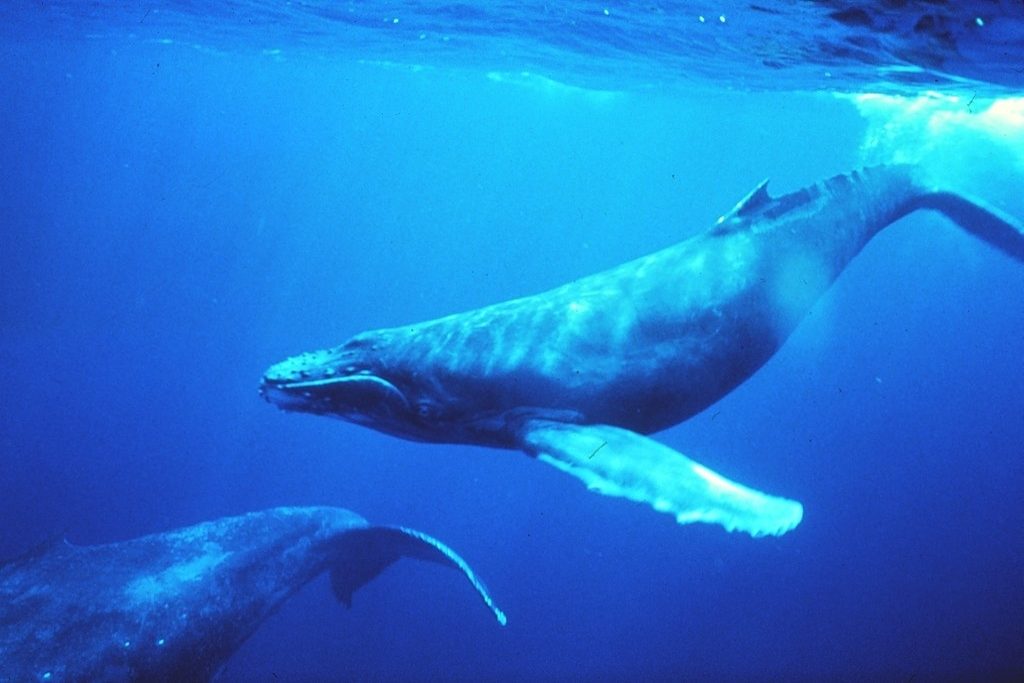 While commercial whaling is banned, it is estimated that at least 1 500 large whales are killed each year. While the problem of dwindling whale numbers is oft-discussed, what is less known about whales is the role they play in mitigating global warming.

Whales are hunted for their blubber, meat and bones. The blubber is used in whale oil, which was widely used in cars as an automatic transmission fluid as well as a lubricant. However, whales are worth much more as a biofuel and they play a vital role in the global ecosystem to mitigate global warming.

The International Monetary Fund (IMF) has estimated the value of a single great whale at more than US$2 million, amounting to more than US$1 trillion for the current stock of great whales. This amount was determined based on each whale’s contribution to carbon capture, the fishing industry and the whale-watching sector.

Whales and the Carbon Cycle

Whales are capable of capturing a significant amount of carbon from the atmosphere. A great whale’s diet consists largely of phytoplankton, a microscopic plant that converts sunlight and carbon dioxide into carbohydrates and by extension, oxygen. A single whale can- over a lifespan of around 60 years-  accumulate around 33 tonnes of CO2 on average. By comparison, a tree can absorb up to 22kgs of CO2 a year.

When whales defecate, the nutrients (iron and nitrogen) released from their fecal plumes stimulate phytoplankton growth which attracts fish and other organisms, a phenomenon known as ‘whale pump’.

Phytoplankton contribute at least 50% of the oxygen in the Earth’s atmosphere and capture an estimated 37 billion tonnes of all CO2 produced. This is equivalent to the amount of CO2 captured by 1.7 trillion trees, four times the number of trees in the Amazon Rainforest. The IMF study also stated that a 1% increase in phytoplankton productivity linked to whale activity could mean the capture of the equivalent of planting 2 billion mature trees.

Even the (natural) death of a whale serves a crucial function. Whale carcasses sink to the seafloor, and the carbon stored in the carcasses is able to support deep-sea ecosystems and become marine sediments, with carbon being locked away for hundreds of years. 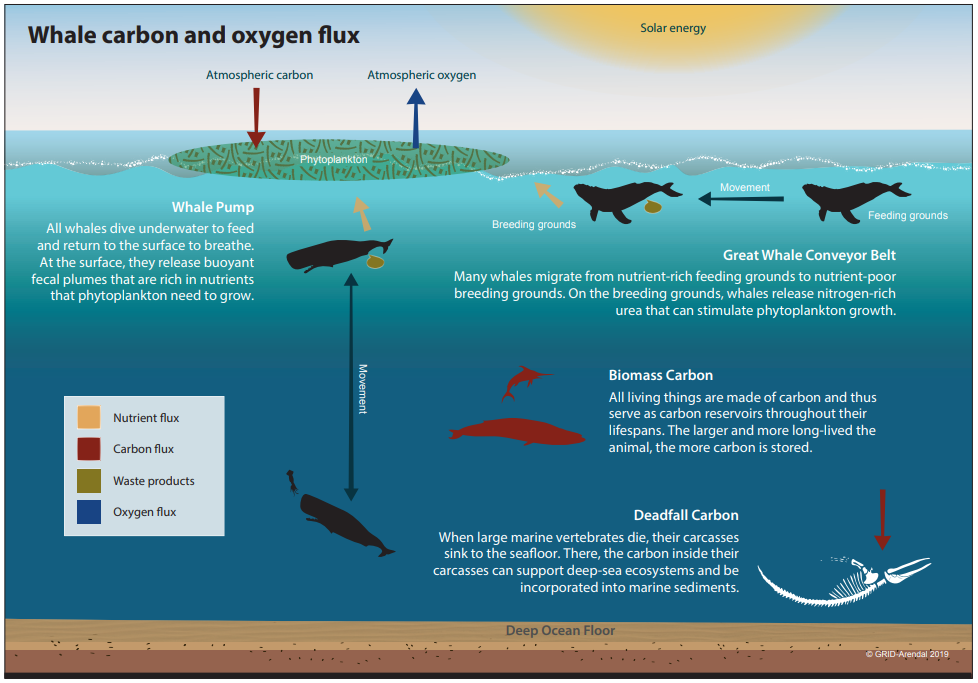 Whaling and the Environment

Whaling has been a tradition in many cultures since 3000 BC. Since industrialisation in the 1860s, the intensity of whaling reached its peak in the 1960s, with a maximum of more than 90 000 whales caught a year during this decade. Many species of whales became critically endangered during this time, such as the humpback and right whale.

In 1982, the United Nations Conference on the Human Environment and International Whaling Commission (IWC) passed a vote to ban commercial whaling. All commercial whaling activities are banned but member nations can issue ‘scientific permits’ for whaling. There is an ongoing issue of Japan abusing the system by using lethal methods to conduct what they call research on whales, whose meat is still widely available on the market in Japan.

In 2018, IWC members discussed and rejected a proposal by Japan to renew commercial whaling. Through the Florianopolis Declaration, it was concluded that the purpose of the IWC is the conservation of whales and that they would safeguard the marine mammals in perpetuity to allow for the recovery of all whale populations to pre-industrial whaling levels. In response to this, Japan announced that it believed that the IWC had failed in its duty to promote sustainable hunting. It withdrew its membership from the IWC and resumed commercial hunting in its territorial waters in July 2019, but claimed that it would cease whaling activities in the Southern Hemisphere.

The whaling industry in Japan has this year received a subsidy of US $47 million from the government to continue whaling. This controversial decision has been criticised by environmental and conservation NGOs such as the Sea Shepherd, Greenpeace and WWF.

Besides whaling, other threats facing whale populations include overfishing, collisions with  ships and interference with their communication systems caused by noise from large ships.

If whales were to return to their pre-whaling numbers of 4- to 5 million (up from 1.3 million today), researchers say they could capture 1.7 billion tonnes of CO2 annually.

Meanwhile, the concentration of carbon dioxide in the atmosphere is increasing rapidly. The levels of CO2 is currently at just over 411 parts per million.

A recognition of the contribution that whales make in the fight against global warming and climate change could be a valuable alternative to high-tech solutions or expensive programmes. Humanity needs to change its attitudes to recognise that all organisms serve an important role in the global ecosystem.