What is a Carbon Border Tax and How Fair is it? 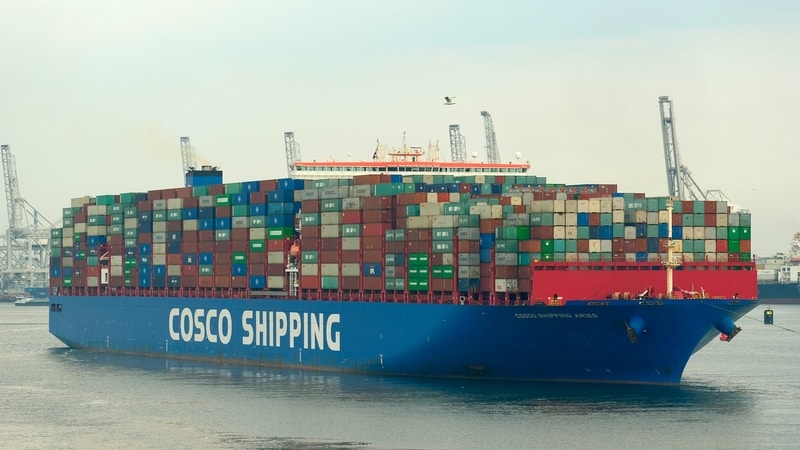 A carbon border tax is a tax on carbon emissions attributed to imported goods that have not been carbon-taxed at source. In pushing through policies that result in EU manufacturers relying on environmentally friendlier but more expensive renewable energy, the manufacturers would be at a cost disadvantage compared with overseas competitors that are still using carbon dioxide-producing but cheaper power sources. As part of the EU’s European Green Deal that endeavours to make Europe the first climate-neutral continent by 2050, the European Commission has announced the inclusion of an EU carbon border tax, to protect European companies from non-European competitors where climate change regulations are less strict.

What is A Carbon Border Tax?

A carbon border tax is arguably an improvement from a national carbon tax. A national carbon tax is a fee that a government imposes on any company within the country that burns fossil fuels. However, this often results in an increase of electricity costs in households and industry, which “may lead to local business closures and other economic hardships for businesses and citizens.”

In contrast, a carbon border tax is able to protect a country’s local manufacturers, motivating them to adhere to green regulations. As mentioned above, many EU companies are at a cost disadvantage as they have been paying a carbon border tax and for carbon emissions since 2005 under the EU’s Emissions Trading System. The new carbon border tax can therefore lead to a more level playing field against importers, especially those from nations with more lax environmental standards. The president of the European Commission, Ursula von der Leyen, went as far as calling the European Green Deal a key element of the region’s post-COVID-19 economic recovery.

The proposal is clearly well-intentioned. Nevertheless, many policies that seem to have the best of intentions can be caught up in a political agenda. The question is therefore what could the new proposal mean politically? Notably, China’s continuing reliance on non-renewable energy to power its economy leaves it particularly vulnerable in this matter. For example, given that China produces steel with blast furnaces that release a large amount of carbon, it will have to pay an additional layer of carbon border tax, which will increase its costs and its market price. This will consequently reduce the competitiveness of steel produced in China, compared to steel from other countries that is made in more carbon-efficient mills that do not have to pay this additional tax. While China continues to remove barriers to encourage foreign investment, the possible implementation of a carbon tax poses an obstacle to China’s ambition to boost its economy insofar as the carbon border tax would likely raise the price of Chinese goods in Europe. This suggests that the carbon border tax is also politically preferable to Europe as it slows down the gradually rising economy in China, and would therefore preserve the European countries’ competitiveness.

Regarding the EU carbon border tax, Beijing said, “We need to prevent unilateralism and protectionism from hurting global growth expectations and the will of countries to combat climate change together.” In other words, China claims that the new tax will discourage the global will to tackle climate change together, as the tax would unfairly obstruct the growth of certain countries’ economies, with one of the most notable effects being on China’s economy.

Beijing also raised another interesting point, saying that the new tax would violate the core principle of the Paris Agreement, which is that richer countries should bear greater responsibility for cutting emissions. This raises an interesting question- is it unfair to expect developing countries to pay the same price as developed countries?

The Future of Border Tax

Nevertheless, the border carbon tax should still be implemented as it should only be considered ‘unfair’ in the most superficial sense. While the new tax could be considered unfair in a sense that it compels developing countries to pay the same price as the developed countries to climate change, it is also unfair to the EU manufacturers to be in a cost disadvantageous position by complying with green regulations. There is no absolute fairness in either situation – in every given situation, there is always the good and the bad. Thus, it is always about how one side of the argument outweighs the other side that motivates us to take actions accordingly. In this particular issue,  the importance for humanity to come together and fight climate change should reasonably outweigh the other problems, thereby suggesting the new tax should be justifiably implemented.

Having established that the new tax is a justifiable proposal, the matter left to discuss is China’s claim that the new tax would discourage other countries’ will to tackle climate change, suggesting China’s reluctance to submit to the EU’s plan. China’s claim challenges the feasibility of the new tax – is it a counter-intuitive implementation in a sense that it will cause China to put less effort in tackling this global problem? China, as one of the most influential countries in the world right now, and as the largest greenhouse gas producer, plays a crucial role in tackling climate change. We cannot afford to lose China in the fight against the climate crisis. Research has shown that, in 2019, China was the third largest partner for EU exports of goods (9%) and the largest partner for EU imports of goods (19%). This shows that while China and EU are both important trading partners to each other, the EU plays a more substantial role in China’s economy than the other way around, as the EU purchases more goods from China than China does to the EU. This suggests that China will pay a more substantial price by losing the EU as a trading partner. Consequently, China is likely to comply with an EU border carbon tax.