What is Carbon Capture Technology? 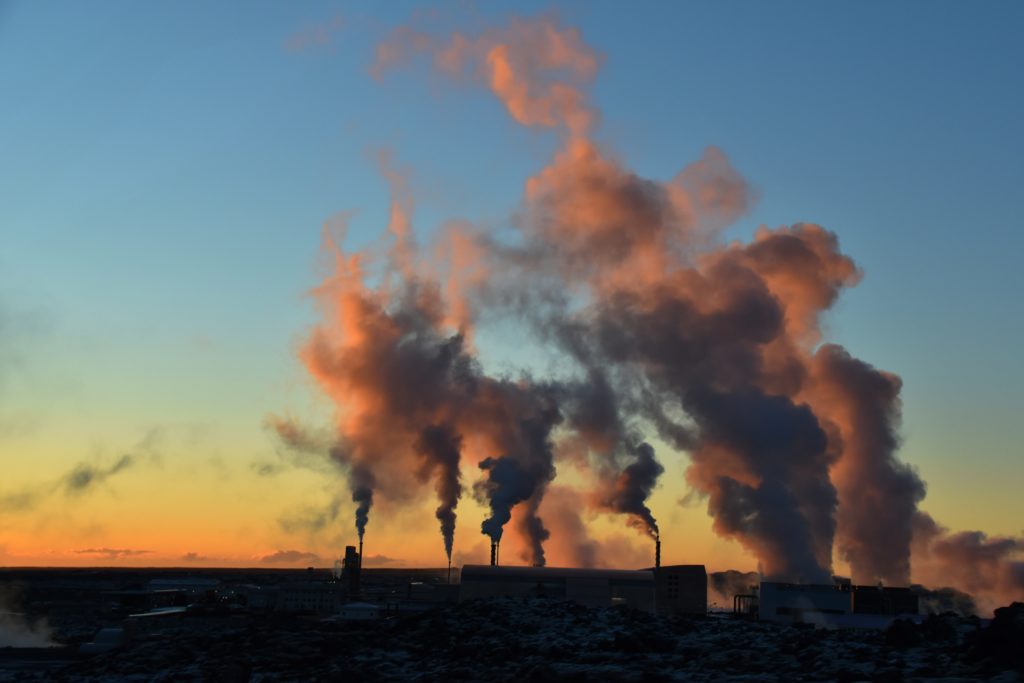 Things to know about emerging carbon capture technology that is there to help us combat climate change.

The most recent Intergovernmental Panel on Climate Change (IPCC) reports have emphasised with unprecedented urgency that our time frame to meaningfully counteract progressing global warming is shrinking at a rapid pace. Already, the April 2022 report on climate mitigation states that mere reduction of greenhouse Gas (GHG) emissions will not be sufficient anymore to reach the climate goals agreed upon in the Paris Agreement. Instead, all modelled pathways to limiting global warming to 1.5°C or 2°C until the end of the century must rely on large-scale deployment of carbon capture technology in addition to direct emission reductions, describing their use as “unavoidable”. So what is there to know about carbon capture and where do we stand at the moment?

What Is Carbon Capture and Sequestration?

The IPCC defines carbon capture, also referred to as carbon dioxide removal (CDR) or negative carbon dioxide (CO2) emissions, as ‘anthropogenic activities that remove carbon dioxide from the atmosphere and store it durably in geological, terrestrial, or ocean reservoirs, or in products’. Carbon capture thus builds on the ability of so-called natural ‘carbon sinks’, like the ocean and forests, to absorb or store carbon, often enhancing it through the use of technology. To do this, an array of different methods exist that use biological, geochemical, or chemical processes to remove the carbon dioxide from the atmosphere.

As the IPCC states, the only carbon removal methods that are already widely applied are nature-based approaches that either use the well-known carbon capture properties of trees through afforestation and reforestation, or that of soils.

Similar to trees, soils hold enormous amounts of carbon that was originally absorbed by plants that later break down in the soil. Large-scale conversion of natural soils into farmland led to the release of much of this stored carbon and thereby contributed considerably to climate change. Now however, these soils could again help slow the progression of global warming: according to calculations, agricultural farmland has the potential to store more than a billion additional tons of carbon per year. Specifically, increased planting of certain kinds of crops, such as perennial crops or “cover crops” like clover, beans, or peas can help soils store more carbon. While soil-based carbon sequestration might hold co-benefits for soil health and food production, sufficiently long-term and large-scale implementation entails considerable social and economic challenges, leading experts to question the potential of soil-based sequestration in practice.

While the IPCC models partially rely on the above nature-based approaches, the bulk of negative emissions in the 1.5°C or 2 °C pathways is achieved by technology-driven methods, namely production of bioenergy combined with carbon capture and storage (BECCS) and direct air capture (DAC).

So how do these work? BECCS refers to a variety of ways of converting biomass, such as trees or crops, into energy, for instance in the form of electricity or heat, while capturing the CO2 in the biomass before it is released. The carbon is then sequestered as biochar, in the soil or in geological formations. By keeping the CO2 from entering the atmosphere, this process results in net carbon removal.

Despite the IPCC’s endorsement of BECCS, its carbon removal potential is often viewed critically due to its considerable land use requirements that are due to compete with alternative land uses like agricultural production or carbon removal through forests. At the same time, contrary to other energy-intensive technological options, BECCS has the considerable benefit of being able to provide energy, which also makes it low-cost.

In terms of technological innovations, it is direct air capture (DAC) however that has recently attracted particular attention. With this approach, large facilities capture carbon directly from the ambient air. To do this, most plants use enormous fans to draw in the air, from which the carbon is then removed using chemicals such as alkaline solvents or sorbents. Following this, the CO2 is isolated through heat and then either sequestered in the ground or utilised for carbon-neutral products like fuels or chemicals.

As it could remove carbon dioxide from the atmosphere “at a potentially massive scale”, great hope is often placed in direct air capture. At this point, realising the technology’s potential however also requires overcoming massive barriers linked to costs and energy use. Running DAC facilities requires great amounts of energy, which, besides being cost-intensive, must come from renewable sources for the approach to result in net-negative emissions. Sufficiently large-scale deployment is thus contingent on substantial investments that make further research and development possible. Nonetheless, its modest land requirements and virtually unlimited carbon removal potential make DAC technology a highly promising complement to potentially insufficient natural approaches.

Where Are We Now with Carbon Capture Technology Companies?

In the most optimistic IPCC scenario, we will need to capture at least over 1 billion tons of carbon dioxide per year to keep temperatures from rising beyond 1.5°C, with numbers around 6 billion considered more realistic. While we have no information on how much carbon has been removed from the atmosphere so far, the figure is estimated to be around a few thousand tons. This makes it clear that even coming close to the necessary numbers will require an enormous scale-up of carbon capture technology deployment, with direct air capture generally expected to play a key role.

Currently, 19 direct air capture plants are operating worldwide, most of them in Canada, the US and Europe, capturing around 10,000 tons of carbon dioxide per year. The most powerful of these is the Icelandic Orca facility, built by Swiss company Climeworks, which is the first large scale DAC plant which started operating last year. It captures around 4000 tons of carbon a year, which are then stored underground in the Icelandic basaltic rock.

An even larger facility is currently under development in the US, being built by Canadian company Carbon Engineering in cooperation with Oxy Low Carbon Ventures, a subsidiary of US oil giant Occidental Petroleum. The plant is anticipated to capture as much as 1 megaton of carbon a year.

Despite these significant advancements, keeping in mind the goal of 1 to 6 billion tons of carbon dioxide removal per year, rollout still needs to increase massively – in spite of the costs of running plants of a sufficiently large size being yet unclear. Large-scale investments, like the USD$925 million carbon removal mandate recently purchased by some of the world’s biggest tech companies, are promising steps towards making direct air capture more profitable. Nonetheless, to actually bring the required quantities of carbon removal within reach, it is estimated that the carbon removal market will have to reach $1 trillion, a figure that, as The Atlantic’s Robinson Meyer writes, places it “well outside any tech company’s reach”. Ultimately, unlocking DAC’s full potential will thus depend on public finance to provide sufficient economic incentive for carbon removal activities.

While carbon capture technologies thus hold great potential to help limit global warming, in practice, their contribution is still unclear and partly contingent on technological progress. As the IPCC emphasises, it is necessary that carbon removal go hand in hand with direct emissions reductions through measures like transitioning to renewables, more efficient resource use, and shifting patterns of consumption. Nonetheless, vis-à-vis these, carbon removal technologies present the singular opportunity to take back CO2 that has already been emitted instead of just reducing the rate at which more carbon enters the atmosphere. While carbon removal methods should not be considered a replacement for emissions reduction efforts, their ability to reduce the carbon concentration in the atmosphere with immediate effect thus makes them promising added measures to other mitigation strategies.