What is the Anthropocene Epoch? 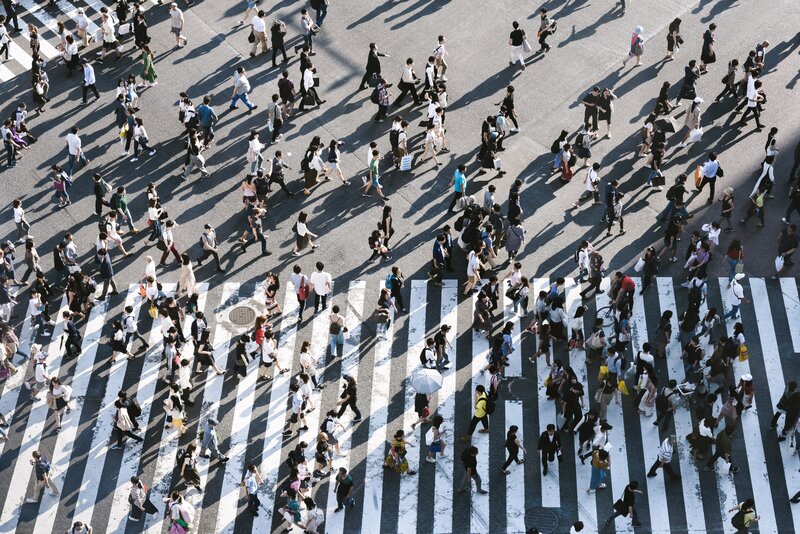 The Anthropocene is the unofficial current geological epoch, defined by human dominance over the Earth’s ecosystems. It is said to have replaced the most recent, scientifically confirmed Holocene, which began around 11 700 years ago. The word  ‘Anthropocene’ comes from Greek ‘anthropo’, meaning ‘human’, and ‘cene’ which translates to ‘new’. Though the idea of a new geological epoch, demarked by rapid global environmental changes, is itself several decades old, the term Anthropocene was made popular in 2000 by Eugene F. Stoermer and Paul Crutzen.

Scientists have not yet come to a unanimous agreement as to when and how the transition into the Anthropocene took place. One common proposition for a start date is 1784 – the invention of the first steam engine by James Watts, which became the catalyst for the Industrial Revolution in Britain. In the centuries that followed, this led to mass extraction of Earth’s non renewable fossil fuels and other resource reserves, drastically altering the ozone layer, leading to the formation of acid rain, and extinction of species due to habitat destruction. The analysis of air trapped in Arctic cores revealed that the concentrations of carbon dioxide and methane gas released into the atmosphere since that period were highest in the last 400 000 years. Another, perhaps more popular timestamp of when the Anthropocene overtook Holocene is the mid-20th century, when the testing and use of nuclear weapons during World War II left a distinctive radioactive mark in soil samples worldwide, which is predicted to last at least 100, 000 years. Due to the speed of such, and other, human activities impacting the atmosphere over the last 60 years, this period falls into what is often referred to as the “Great Acceleration.”

The Earth is 4.5 billion years old and humans have only appeared in the last 200 000 years, which is very brief on the geological scale. There are 7.6 billion people in the world and counting. In less than 1% of the Earth’s lifetime, humans – in fact, only a largely western 25% of them – managed to significantly change the planet. We are facing accelerated warming of the climate and all the ramifications it shall bring. The nitrogen cycle has been disturbed to an extent unobserved in the last 2.5 billion years –  more nitrogen is now being ‘fixed’ artificially for use in fertilisers than produced in nature. Over 75% of the Earth’s land has been markedly degraded, which could extend up to 95% by 2050. 10% of all man-made greenhouse gas emissions are due to deforestation alone. If the trend continues, the goal of limiting the rise in global temperature to 2°C will become unattainable. It is in this light of unequivocal human alteration of the environment, that the idea of the Anthropocene has emerged as a lucrative proposition. But is it a viable one?

The issue with officially declaring the Anthropocene as a geological epoch is that, for any time period to be qualified as a new epoch, it must leave behind indisputable changes to the rock layers in the Earth’s crust, which can withstand millennia. If the Anthropocene is happening now, we cannot state with full certainty whether it can be qualified as such since not enough time has passed to be able to tell whether this ‘age of man’ shall, in fact, leave remains in the rock strata indefinitely. Stratigraphists – scientists who study rock layers – must detect a clear mark, also known as a ‘golden spike’, in the fossil record before they are able to announce the end of the Holocene. Recently, a panel of 34 scientists from the Anthropocene Working Group (AWG) voted to recognise the Anthropocene as an official epoch. They plan to fully formulate such a proposal by 2021, and submit it to the International Commission on Stratigraphy, which has the final say on geological timeline matters. The AWG believes that it can garner enough evidence of stratigraphic importance until then and that either characteristic emissions or radioactive particles could be that ‘golden spike’. Additionally, plastics have recently joined the debate as a potential key marker, since they do not biodegrade. Plastics have been identified in the fossil record since the 1940s. In particular, microplastic pollution in the ocean has a high chance of depositing in the seabed rock in corners of the world inaccessible to humans. Yet, many still believe that, however great our accomplishments as a species, they will not leave a fossil record nearly significant enough to mark a whole new epoch.

Whether stratigraphists claim the Anthropocene as a true epoch or not does not bear as much importance as the reasons why it was proposed in the first place. We have undeniably altered the conditions of the planet in unprecedented ways, which, for a while now, has been raising the question of ‘What now?’ The Anthropocene might turn out to be no more than a useful addition to the terminology of climate debates; a mere thought experiment or a factual geological event. Either way it serves to bring awareness to the consequences of our actions to the planet and encourages us to adopt responsibility as the Earth’s stewards.