Hidden Gems: What are Halophyte Plants? 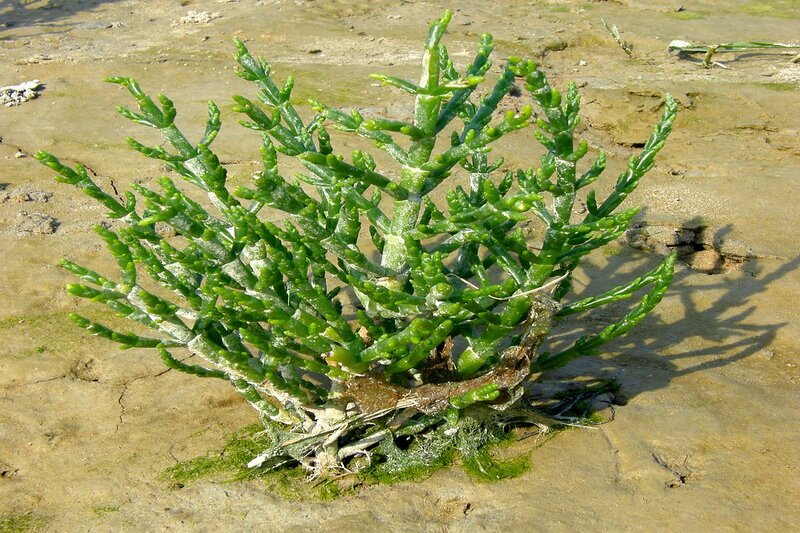 For as long as climate conditions and aridity become more volatile due to global warming, the harmful impact of soil salinisation will continue to threaten agricultural sustainability, with approximately 7% of the Earth’s land surface having salt-affected soils already. This natural process of salinisation occurs when water-soluble salts accumulate in the soil, affecting the metabolism of soil and reducing its productivity, eventually transforming fertile and productive land barren. Destroying all vegetation and other organisms in the soil, rendering land unusable for agriculture production. The Halophyte plant species could be an alternative crop that can be grown in salt-affected conditions to restore these areas. Halophytes are deep-rooting plants that achieve optimum growth and yield potential at levels at which virtually all modern crops would perish. With their vigorous growth and root development, these opportunistic plants are often able to take advantage of less saline moisture within the soil profile and adapt to seasonal variability in salinity by altering germination, growth and reproduction cycles to prosper as a crop in salinised conditions.

It is estimated that more than 50% of arable land will be salinised by 2050. This will negatively affect global agricultural production; with the world population forecasted to reach 9.7 billion people by 2050, food production will need to be increased by 70%. It is clear that we need a solution to soil salinisation.

Characteristics of the Halophyte Plant

Salt-tolerant, the halophyte is a unique plant. Where other plants struggle to survive, they are capable of growing and reproducing in soils with high salt concentrations. Halophytes are found in a multitude of ecosystems, including coastal regions, irrigated lands with poor drainage in the tropics, saline semi-deserts and mangroves swamps. Yet, they only represent 2% of terrestrial plant species and a small number of flowering plants (2600 out of 400 000) with only a small percentage of halophytes being domesticated and used as food and fodder.

Most importantly, as halophytes can be irrigated with seawater without their yields being compromised, it makes them a strong alternative candidate for degraded areas affected by salinisation. But despite their unique characteristics, the wide span potential of halophyte species that have different degrees of salinity tolerance has not yet been explored.

Restoring the Land in an Increasingly Salinised World

Halophytes’ adaptability to ecosystems is highlighted in their ecological value amid the changing climate. As halophytic flora plays a major role in protecting coastal habitats and maintaining ecological stability, they often act as sand dune binders to prevent erosion and seawater incursion into freshwater habitats.

Moreover, halophytes can be used as biomass material as they can sequester up to 0.7 gigatons of carbon if grown on 1 300 hectares of land. Thus, cultivating halophytes, like planting trees, can play a significant role in mitigating the climate crisis. For instance, certain halophytes such as Salicornia in Mexico that are cultivated for consumption are also playing a key role in carbon sequestration.

Some halophytes could yield a sustainable supply of renewable resources like food, fodder, fibre, fuel, green manure and raw materials for pharmaceutical, industrial and household products. Further studies have highlighted that many halophytes can be used as sources of nutritious grain and oil, while some bear edible or economically useful roots, bark, stems, leaves, flowers, fruit and seeds. Despite halophytes possessing large potential, there is little knowledge about aspects of consumer preferences and tailoring of standard agricultural practices are needed to be applied to the domestication of the halophyte plant for large-scale commercialisation. Alongside this, there are problems associated with halophyte cultivation as many need to be domesticated to reach yields, taste and agricultural practices comparable to conventional crops. Thus, these fundamental aspects for the successful commercialisation of halophytes are all challenges that withhold farmers from investing in growing the crop due to a lack of market potential.

What is Next for the Halophyte Plant?

It is clear that further halophyte domestication is necessary and will lead to the establishment of completely new agro-ecosystems that yield food, fodder and fuel, as well combat coastal erosion and sequester carbon, vital in the era of increasing climate volatility.

While it is the time for the general public and governments to make serious efforts to identify, propagate and protect halophytes, it is important to prevent the dominance of just one species, as monocropping risks soil depletion and loss of biodiversity.

Although halophytes might not offer a complete solution to reducing land degradation and future population growth demands, it holds the potential to stimulate innovative solutions for tackling soil salinity problems. Through the research of halophyte genomics and proteomics, it will enable the development of crops with enhanced salt tolerance features, enabling farmers to grow crops in saline soil while reducing the negative impact of salinisation.