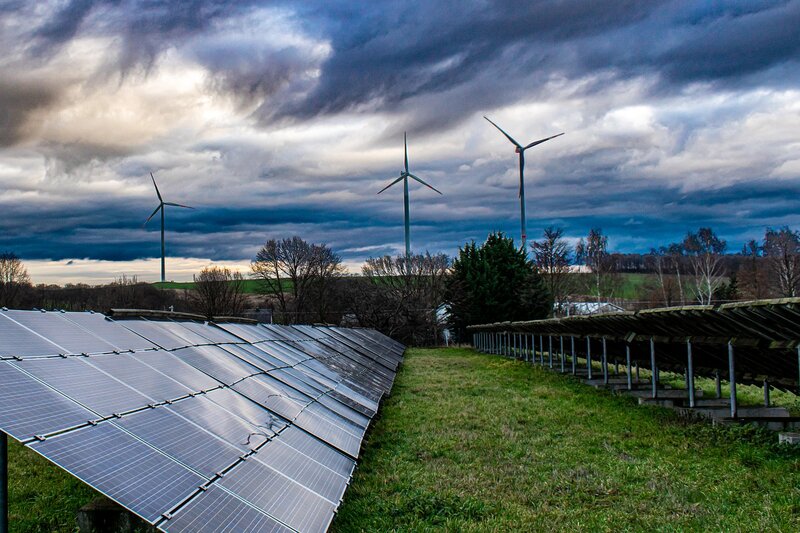 It’s a milestone for renewable energy in the US: A solar and wind power provider topped ExxonMobil as America’s most valuable energy company.

NextEra Energy, based in Juno Beach, Florida, eclipsed Exxon this week when its value hit $143.8 billion, edging out the fossil-fuel giant. After the close of trading on Wednesday, NextEra was worth $900 million more that Exxon and about $2 billion more than Chevron, America’s No. 2 oil and gas producer.

NextEra’s enormous growth underlines the shift toward clean energy amid growing planetary destruction as a result of climate change. Exxon, once the world’s most valuable company, has seen its revenues and profits slide over the last decade.

By contrast, NextEra — the largest wind producer in North America and one of the largest solar companies — has enjoyed profit margins of as much as 50%, while its stock has outperformed the broader stock market. (NextEra also produces some natural gas as well as nuclear power.)

The company’s growth has also been unimpeded by the coronavirus pandemic. “This is the best renewables development environment we’ve ever been in,” Rebecca Kujawa, NextEra’s chief financial officer, told investors last month.

Exxon, whose overall value as a company has been shrinking since 2007, has been hit especially hard because of the impact of COVID-19 on travel and oil consumption. Exxon’s market cap shrank in half in 2020 alone. In August, the company lost its symbolically important place in the Dow after nearly a century of listing on the blue-chip index, replaced by software maker Salesforce.

It’s worth noting that Exxon’s revenues still dwarf NextEra’s. The oil titan pulled in $255 billion in revenues last year, compared to NextEra’s $19.2 billion. Yet NextEra’s stock trades for $287 a share, reflecting investor expectations for future growth, while Exxon’s stock is valued at $33.

While some fossil-fuel companies, such as Royal Dutch Shell and BP, have tried to capture a piece of the renewables boom and pledged to cut down their own carbon emissions, Exxon has largely resisted the trend. Bloomberg reported on Monday that Exxon plans to increase its annual greenhouse-gas emissions by 17%, citing internal documents.

On Monday, the Department of Energy touted a new report on oil and natural gas that described fossil fuels as “providing energy security and supporting our quality of life.” The Trump administration also continues to promote fossil-fuel development and has rolled back emissions limits.

But alternative energy, such as solar, wind and hydroelectric power, is today the cheapest source of energy in the U.S., explaining its appeal to investors, despite government policy.

“That bucket for investors is not about policy,” he said. “It’s about where you can get the biggest return.”

“[W]hile NextEra Energy only briefly overtook ExxonMobil in intraday trading, this does, in our view, underline the multi-year shift from traditional toward renewable energy, one that will continue in the decades ahead,” UBS analysts wrote in a research note.

As another example of this shift towards cleaner sources of energy, like wind and solar, UBS cited electric carmaker Tesla, which earlier this year became the world’s most valuable car manufacturer.

The main driver of the clean-energy boom, according to UBS is China. The world’s most populous country and largest greenhouse-gas emitter has pledged to zero out its carbon emissions by 2060. “Given China accounts for 30% of the world’s greenhouse gas emissions, this declaration is significant,” the analysts wrote.

This story originally appeared in CBS News, written by Irina Ivanova and is republished here as part of Covering Climate Now, a global journalism collaboration strengthening coverage of the climate story.