With Coral Cover Halved, Curbing Climate Change is Only Way for Coral Conservation 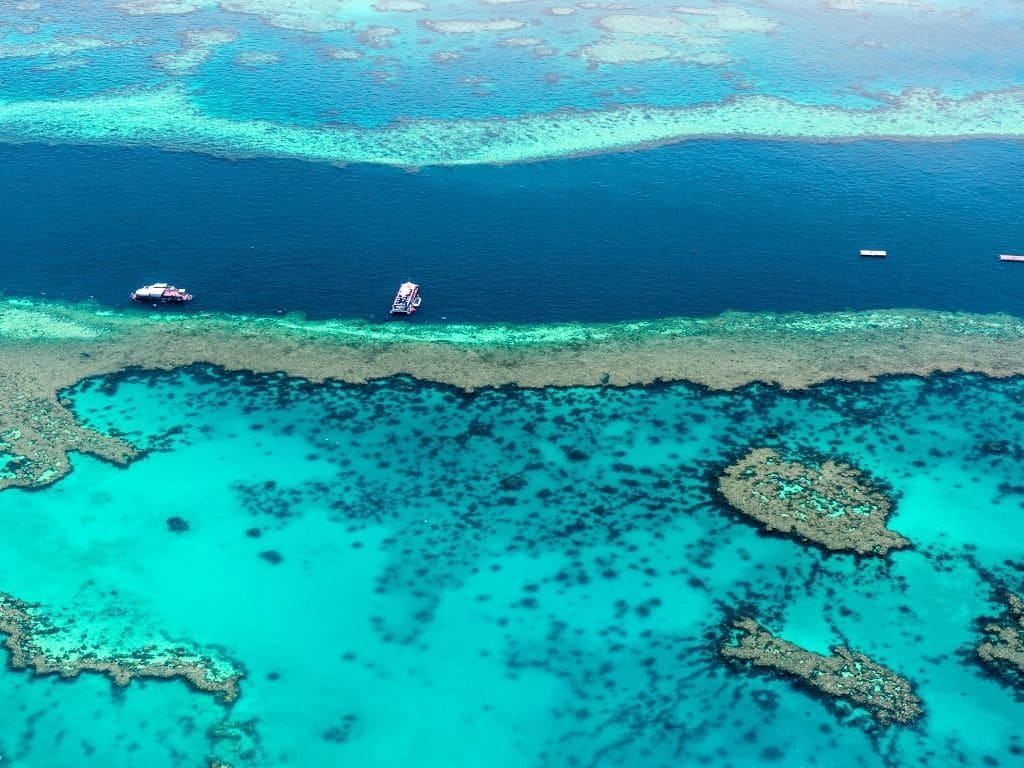 A new study estimates that global coral cover is half what it was in the 1950s, with much of that loss linked to human-driven climate change. The shrinking of coral cover has translated into a 60% loss in reef biodiversity and toll on coastal populations, especially Indigenous communities who are more dependent than non-Indigenous communities on seafood. While some of these threats are being tackled at the level of communities and even countries, the only effective tool for coral conservation is to mitigate climate change.

Scientific literature is rife with accounts of desolate reefs bereft of corals, drained of colour and sea life. A meta-analysis published Sept. 17 shows that these are not isolated incidents — coral cover today is half of what it was 70 years ago.

“Over the last several decades, I have watched these ancient complex coral reef ecosystems around the world literally collapse,” said John Bruno, a co-author of the study published in One Earth. “Our new study shows that we have paid a heavy price for that.”

These oceanic forests, off tropical coasts, are home to about a quarter of all marine species. The number of species a habitat hosts depends on its size. Shrinking cover is linked to staggering losses: coral reefs support less than half the number of species they did less than a century ago.

Reef fisheries have also suffered; fishers are working harder for the same amount of catch.

“We all expected there to be declines in biodiversity and fisheries, but we didn’t expect them to be as big as they are,” said Tyler Eddy at Memorial University of Newfoundland in Canada and first author of the study. Eddy embarked on the project, which involved collating reef monitoring data from 87 countries, while at the University of British Columbia.

Coral reefs are of outsize importance for small island developing states and coastal states like Belize. Charles Darwin described the Caribbean country’s coral treasure “as the most remarkable reef in the West Indies” when he visited the region 180 years ago on board the HMS Beagle.

Bruno, a professor of marine ecology at the University of North Carolina at Chapel Hill, has been studying coral reef systems in Belize for more than two decades and has seen the damage firsthand. For him, mass die-offs in the early 2000s across the Caribbean signalled trouble. Even sturdier species like the Orbicella spp., which can live for a hundred or more years, were dying.

In five decades alone, Belize’s coral cover shrank from about 80% to 20%.

“The real value in this study is putting a number on key trends such as coral cover, catch, catch per unit effort, especially at a global scale,” Joshua E. Cinner at James Cook University in Australia told Mongabay in an email. Cinner was not involved with the study but is collaborating with Eddy on other research.

Catches of reef fish peaked in 2002 and have been in decline ever since. It could be because the targeted species are not as abundant, or their distributions have altered in sync with oceanic conditions. About 6 million fishers rely on coral reef fisheries, many of whom belong to Indigenous communities. The latter consume 15 times more seafood than non-Indigenous groups.

Even in large fishing nations that support commercial fisheries and where these activities have intensified over the years, the loss of coral cover is having an impact. “The study highlights how places like Indonesia, which showed high catch, but major drops in catch per unit effort may be on the precipice of coral reef fisheries collapse,” Cinner said.

Disease, pollution and overfishing all contributed to the destruction of Belize’s famed reef. But rising sea temperatures have left them more vulnerable to other threats and accelerated their decline.

“We attribute a majority of the decline that we have reported to warming waters,” Eddy said, “It is the biggest threat.”

Like all living beings, corals are sensitive to changes in their environment. Increases in water temperature stress corals, prompting them to expel their zooxanthellae, the symbiotic algae that live inside coral tissue and impart colour to them. This expulsion can prove fatal but can also leave them more susceptible to disease.

Coral bleaching is occurring more frequently as the planet warms. The seas absorb most of the heat that is trapped by greenhouse gases. In Australia, the world’s largest coral colony, the Great Barrier Reef, suffered three bleaching events in the last five years. Some species can regenerate given time and the right conditions.

Depending on the region, other pressures can aggravate the problem or be the primary cause of coral damage. Overfishing can injure reef health. Marine life that seeks refuge in the reefs also provides essential services to their habitat. Parrotfish, for example, feed on algae that can be harmful to the reef if allowed to multiply unchecked.

There is no one-size-fits-all solution for bringing back the coral wealth of countries. Jamaica in the Caribbean has also witnessed sharp declines in coral cover and reef fish catches. The island nation is now implementing a coral gardening program to revive these underwater treasures. These efforts appear to be succeeding.

But they may not be enough, given the global scale of the challenge.

“I think local communities are nearly powerless to slow or reverse coral decline,” Bruno said. “We’re seeing coral die-offs as or even more severe on the world’s most isolated reefs. Places where there are no local human impacts.”

Experts say one solution that will have to be a part of any coral conservation is decarbonisation.