13% of Deaths in EU Linked to Pollution- Study 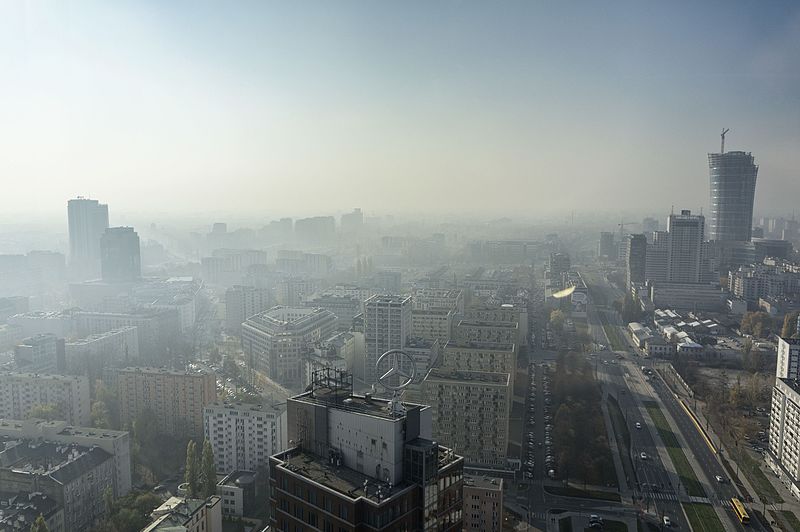 According to a report by the EEA, the EU environment agency, one in every eight deaths in the bloc can be linked to pollution, specifying that air and noise pollution, as well as poor water quality and exposure to chemicals, contributes.

The report, described as a “major assessment on health and the environment in Europe,” found that a total of 630 000 premature deaths in the EU were attributable to environmental factors in 2012 (the latest year for which data is available).

The World Health Organization (WHO) says that air pollution causes the death of millions of people around the world annually and accounts for a third of fatalities from strokes, lung cancer and heart disease. Noise pollution, it says, contributes to heart problems by raising blood pressure and stress hormones.

However, premature deaths linked to air pollution have fallen from 1 million in 1990, and water quality throughout most of Europe has improved.

The report added that poorer communities and vulnerable people were the hardest hit by pollution. “Poorer people are disproportionately exposed to air pollution and extreme weather, including heatwaves and extreme cold. This is linked to where they live, work and go to school, often in socially deprived urban neighbourhoods close to heavy traffic” it says.

What Countries Are Most Affected?

The report found that “the burden of environmental disease” is unevenly spread across Europe, with Eastern and south-eastern Europe being more polluted than the rest of the continent. It pointed to the fact that the percentage of deaths attributable to environmental factors ranges from a low of 9% in Norways and Iceland to 23% in Albania and 27% in Bosnia and Herzegovina.

The highest environmental contribution to deaths is in Romania at 19%. Other hard-hit countries include Montenegro, North Macedonia and Serbia. In the UK, around 12% of deaths are linked to pollution.

“Green and blue spaces” should be prioritised as they cool cities during heatwaves, alleviate flood waters and reduce noise pollution and support urban biodiversity, the report says.

In 2019, London introduced a Ultra Low Emissions Zone (ULEZ) to limit vehicular emissions, which involves charging drivers more to use older vehicles in certain areas. Italy has the most low emissions zones- some permanent, many seasonal. Germany has 80 and the Netherlands and the UK have 14 each.

Meanwhile, France has implemented a €20 million subsidy scheme to encourage more cyclists, whereby everyone will be eligible for bike repairs of up to €50 at registered mechanics.