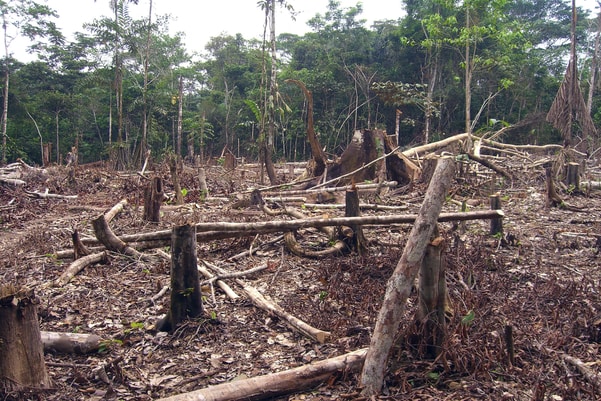 Data from Brazil’s national space research institute INPE shows that 830 square kilometers (sq km) of rainforest was cleared in the “Legal Amazon” during the month of May, bringing the total clearing since the August 1 to 6,437 sq km, an area larger than Delaware or Palestine. Brazil tracks deforestation based on a year that runs from August 1 to July 31. 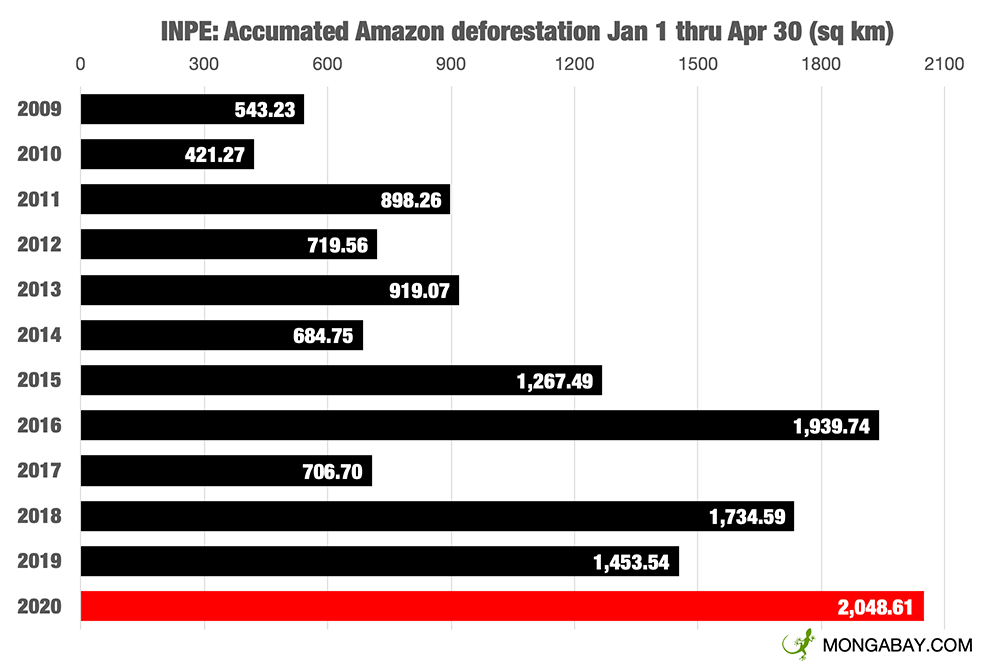 Independent analysis by Imazon, a Brazilian NGO, tracks roughly inline with what is being reported officially by the government.

The new data was released two days after INPE revised its official 2019 estimate for Amazon deforestation upwards to 10,129 sq km, marking the first time forest clearing in the region has topped 10,000 sq km since 2008. Deforestation is also trending upward in other Amazon countries, according to data from the University of Maryland (UMD) and World Resources Institute (WRI).

Effects of Deforestation in the Amazon

The rise in deforestation troubles scientists who fear that the combination of forest loss and the effects of climate change could trigger the Amazon rainforest to tip toward a drier ecosystem which is more prone to fire, generates less local and regional rainfall, sequesters less carbon from the atmosphere, and is less hospitable to species adapted to the dense and humid forests of lowland Amazonia. The impacts on local and regional economies that depend on precipitation from the Amazon could be devastating, depriving agricultural areas, hydroelectric dams, and cities across South America of water. There are already signs of sustained drying trends in the Amazon portending what may lie ahead.

Near term, the high level of deforestation through the first few months of 2020 means the year is shaping up to have a bad fire season. Typically trees are cut after the rainy season subsides in April or May. Burning normally peaks during the dry season from July through October, but this year burning is already underway: earlier this week researchers at the Monitoring of the Andean Amazon Project (MAAP) reported on the first major Amazon fire of 2020. The data thus suggests 2020 could be a particularly dire year for the Amazon.