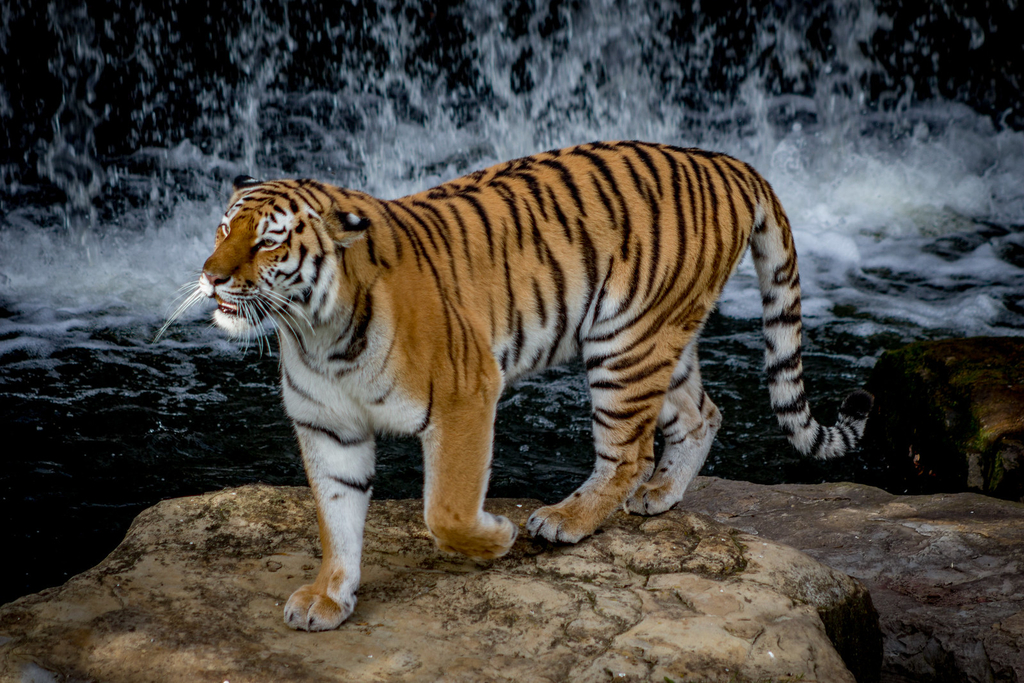 According to a new analysis in Science Advances, nearly 24 000km of new roads will be built through tiger habitats by mid-century, stimulated through major investment projects such as China’s Belt and Road Initiative.

A team of ecologists at the University of Michigan calculated the extent and potential impacts of road networks across the 1 160 000 sq. km, 13-country range of the endangered tiger and found that these roads total 134 000 km across tiger habitats and are already decreasing the population and its prey by more than 20%.

The team also found that 43% of breeding activity occurs within 5km of a road and 57% of land in protected tiger habitats sits within 5km of a road. Areas without any formal wildlife protections have road densities 34% higher than protected areas, showing the importance of legal conservation efforts in saving tigers, their prey and their habitats.

Tiger conservation landscapes (TCLs) vary considerably by protection status and country. These protected areas are important, because they support tiger ‘source’ populations that can disperse and repopulate larger landscapes; this is being threatened by higher road densities, which kill tigers either through vehicle collisions, or through the habitat intrusion caused by the development of roads. For example, the Bukit Tigapuluh Landscape, which has one of the highest road densities surveyed in the analysis, lost nearly 40 sq. km of forest from 2000 to 2012 largely due to the expansion of palm oil plantations; adult tigers in this region decreased from 36 to 22 in the same time period. Additionally, a simulation study in Central India found that tiger extinction risk rose steeply (through genetic isolation) when road traffic volume increased.

Further, regional road policies may be creating ‘tiger islands’, whereby tiger source populations are becoming increasingly isolated from each other. Tiger dispersal and population expansion into the nonprotected forests connecting those populations are vital in facilitating growth opportunities for the species.

Worryingly, even protected areas are not immune to road development; TCLs in India have the largest density of roads of any other tiger range country. Similarly, road encroachment into areas where tigers have been recently detected (2009-2014) is already pervasive and even greater than places where tiger presence is unknown or unlikely.

Neil Carter, lead author of the study, says, “Tigers face a ubiquitous and mounting threat from road networks across much of their 13-country range. Tiger habitats have declined by 40% since 2006, underscoring the importance of maintaining roadless areas and resisting road expansion in places where tigers still exist, before it is too late.”

Just 4 000 tigers exist in the wild today, most of them living in South Asia, where development and population pressures are increasing rapidly. They are considered an umbrella species, which means that protecting tigers will also promote the conservation of many other threatened species and some of the world’s greatest biodiversity hotspots.

The infrastructure boom throughout forested regions of South and Southeast Asia, financed through China’s Belt and Road Initiative, will threaten tigers further. As signatories of the Convention on Biological Diversity, all tiger range countries have legally binding responsibilities to create legislation that minimises harm to threatened species, including tigers. This presents opportunities for the Initiative, whereby it could adopt biological conservation as one of its core values through planning and implementing a network of protected areas and wildlife corridors. The creation of bilateral agreements that include provisions for reducing wildlife poaching and trafficking between China and countries that are a part of the BRI would also lessen the impacts of infrastructure development on tigers and other threatened species. Another possible policy to minimise the impacts of roads on tigers and other wildlife would be to require Chinese-funded BRI efforts overseas to ascribe to the same environmental regulations on road development that now exist within Chinese borders.