Clownfish Unable to Adapt to the Climate Crisis, Scientists Say 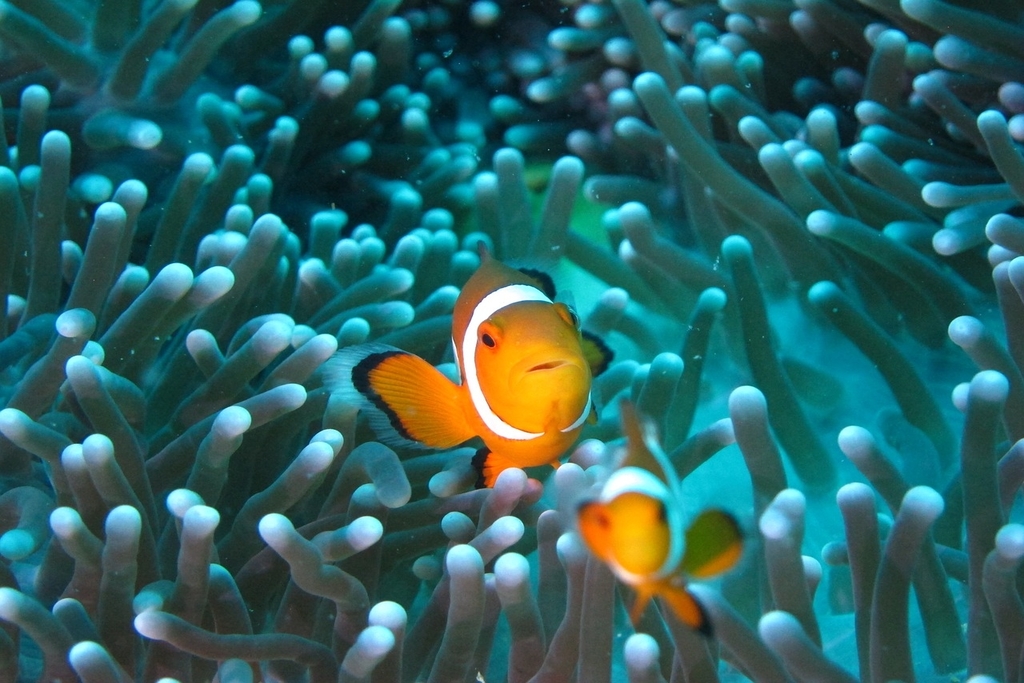 Clownfish face an unusually difficult challenge in the time of the climate crisis. While many species are at risk of becoming endangered or extinct with the predicted rise in temperature- 3 degrees Celsius by the end of the century, by a UN estimate– and the climatic changes associated with it, clownfish are particularly sensitive to even small, already-occurring alterations to their environment. Are we facing the extinction of clownfish?

The climate crisis is one of the most perplexing phenomena we face today, and its complications in various ecosystems are complex and many. With the seas warming, some marine creatures such as jellyfish are thriving while others, such as the beloved clownfish, face an unusually difficult challenge.

Clownfish are a collection of 28 species of coral reef dwellers who owe their fame mainly to a single species, Amphiprion ocellaris, the bright orange fish remembered as Nemo. Otherwise known as anemone-fish, clownfish depend on a special type of coral reef creature, an algae-like animal called anemone. Like the corals on which they live and whose health they depend on, anemones are threatened by rising ocean temperatures and the resultant ecosystem damage. For example, in 2016, 93% of the Great Barrier Reef suffered extensive bleaching and many anemones died.

‘Bleaching’ is a process that occurs when ocean temperatures exceed optimum levels and corals and anemones expel the microscopic algae residing in them and, as a result, lose the colour the algae gives them, and appear bleached white. According to the Intergovernmental Panel for Climate Change (IPCC), a rise in sea temperatures of only 1.5 degrees Celsius is enough to wipe out 70% of coral reefs worldwide, and a 2 degree rise could lead to them being gone entirely.

Due to the buffering properties of water, marine ecosystems are known to provide a stable living environment. Hence clownfish have evolutionarily adapted well to a narrow set of unchanging conditions in their respective niches, or role, in an ecosystem. In a benign environment, this proves advantageous, however, in the event of the climate crisis and the changes it brings about, it makes the clownfish very vulnerable. Consequently, clownfish lack the genetic variation which would enable them to adapt to forthcoming habitat alterations. This is particularly alarming given the speed at which the seas are warming. Furthermore, coral reefs are the most vulnerable marine ecosystems. Found in shallow waters, they experience the warming effects much faster than the deeper sea strata.

The relationship between anemone and anemone-fish is a mutualistic one, meaning both parties need each other to live a safe and healthy existence. The fish help their host anemone breathe, provide nutrients, fertiliser from their waste and protect it from predators, such as the butterfly fish. In return, the anemones deter the fish’s predators with toxic algae-like projections and provide a home for the fish to breed and lay eggs in. This partnership, a study stated, is ‘demographically rigid and easily perturbed’ by overfishing and other human activities which damage coral reefs. A study has shown that total or even partial removal of anemone fish has ‘rapid and sustained negative effects’ on growth, reproduction and survival of anemones, and simultaneously decreases the level of productivity that the remaining members of the affected clownfish colony are able to reach.

As Dr. Poujol from the French National Centre for Scientific Research (CNRS) stresses, whether a species propagates from one generation to the next depends solely on its reproductive success, that is, production of healthy and fertile offspring. The reproductive cycle of clownfish is very particular and complex. Usually, within a single anemone reside a single female and some males at different stages of development, only one of which is sexually active. If the female dies, the largest male takes her role and becomes a female. Some species of the fish are able to behaviourally adapt to anemone loss by sharing their host with others or inhabiting an anemone different to their usual preference. However, some, for example, Amphiprion latezonatus, will choose to live exclusively in a single species of anemone. This reported ‘lack of flexibility in host use’ can prove fatal. Acquiring an anemone home, in itself, is a difficult and time consuming process which involves the fish performing a special dance and covering themselves with mucus which ensures immunity against the toxicity of a target anemone.

Furthermore, there are more species of anemone-fish than of anemones which adds to the complexity of possible implications. With the fish facing loss of host anemones due to climatic changes, it is their ability to cohabitate that can explain the high diversity still observed and that holds hope for their future survival. A study investigating the pattern of diversity in the Indo-Pacific followed 1 508 clownfish and found 377 which lived cohabitating almost exclusively in the Coral Triangle. The world’s diversity hotspot for anemonefish is in the Indonesian part of the Coral Triangle. The Madang region of Papua New Guinea is reportedly home to 9 species of anemonefish and 10 species of anemones, making it a spot with highest diversity for both.

Due to the popularity of Finding Nemo, clownfish are in high demand as aquarium pets and overfishing alone has already led to some local extinctions.  Additionally, overfishing causes ‘genetic drift’, an evolutionary process which reduces the genetic variability, and hence adaptability, even further.

Although the future of clownfish and coral reefs is uncertain in the age of the climate crisis, it is not yet doomed. Clownfish are capable of living independently of anemones in the absence of predators, and are easily bred in captivity, hence their complete extinction is unlikely. However, extinction in the wild is possible, and indeed likely.