Teams at London’s National History Museum identified 503 new species in 2020, including a lungless worm salamander, an armoured slug and a critically endangered monkey. This work from scientists, researchers, curators and associates came despite the COVID-19 pandemic that left the museum closed to the public for part of the year.

Dr Tim Littlewood, executive director of science at the museum, says, “Once again, an end of year tally of new species in 2020 has revealed a remarkable diversity of life forms and minerals hitherto undescribed. The Museum’s collection of specimens provide a resource within which to find new species as well as a reference set to recognise specimens and species as new.” 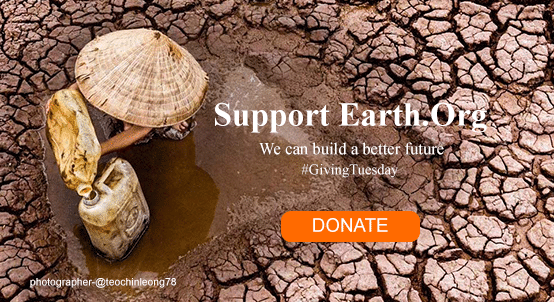 You might also like: The Economic Growth of Africa Depends on the Successful Management of its Natural Capital

Roberto Portela Miguez, the senior curator in charge of mammals at the museum and involved in identifying the new species, says, “Monkeys are one of the most iconic groups of mammals, and these specimens have been in the collections for over a hundred years. But we didn’t have the tools or the expertise to do this work before.”

“Our understanding of the natural world’s diversity is negligible and yet we depend on its systems, interconnectedness and complexity for food, water, climate resilience and the air we breathe,” Littlewood told the National History Museum. “Revealing new and undescribed species not only sustains our awe of the natural world, it further reveals what we stand to lose and helps estimate the diversity we may lose even before it’s discovered.”

The team hopes that the discovery and identification of species will aid in conservation efforts. Miguez says, “The hope is that by giving this species the scientific status and notoriety it merits, there will be even more concerted efforts in protecting this area and the few other remaining populations.”