60% of Fish May Struggle to Reproduce as Temperatures Rise- Study 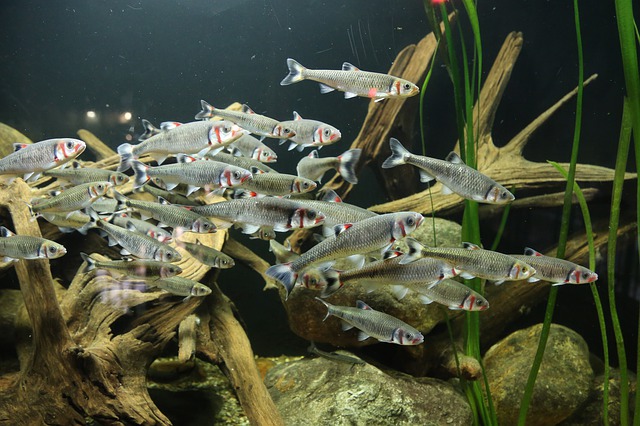 According to a study published in the journal Science, approximately 60% of fish species will struggle to reproduce in their current habitats by 2100 under the escalating pressures of the climate crisis. The study highlights how previous investigations, analysing the reproductive nature of adult fish, have underestimated the effects of the climate crisis on economically and ecologically important species. How will this impact global fish stocks, and what role does overfishing play in accelerating the reduction of fish populations?

The study found that the rise in the Earth’s core temperature will have a significant impact on fish stocks worldwide. The researchers investigated whether saltwater or freshwater fish are more sensitive to heat across all climate zones. They examined 694 fish species’ tolerance to various temperatures, followed by an analysis on which of the species in particular are more resilient to temperature fluctuations.

It was noted that the temperature of the water largely determines the success of reproduction, demonstrating that fish species are particularly attuned to changes in their environment- be it oceans, lakes, ponds or rivers. The researchers attributed this finding to the oxygen-limitation hypothesis, which postulates a mechanistic link between the physical development of an organism in aerobic capacity and tolerance to temperature extremes. Oxygen is a huge factor to consider when discussing energy expenditure as the warmer the climate, the more oxygen is required to function. If failure to adapt to this rise in temperature occurs, fish species are at risk of experiencing adverse health effects, such as cardiovascular collapse.

“Our findings show that, both as embryos in eggs and as adults ready to mate, fish are far more sensitive to heat than in their larval stage or sexually mature adults outside the mating season,” explains Flemming Dahlke, a marine biologist at the Alfred Wegener Institute and lead contributor of the study. The explanation behind such variability lies in the anatomy of the fish during different respective life stages: fish embryos do not have the facilities, such as gills, to allow for greater oxygen intake, and are therefore put at a significant disadvantage when it comes to survival; mating fish require more oxygen to accommodate for the increase in body mass and energy required to successfully reproduce. The strain such requirements have on the fish pose significant health risks that their bodies are essentially unable to manage.

Furthermore, the researchers explained that if the rise in temperatures is limited to 1.5 degrees Celsius by 2100, 10% of fish species would struggle with reproduction, or would be forced to migrate to cooler climates. However, if the Earth’s core temperature increases by 5 degrees or more, up to 60% of fish species would be affected. The current projection is a global rise in 3 degrees by the end of the century.

Although some fish species may be able to adapt, the majority would not be as fortunate- particularly where size or geographical location might inhibit locomotion or spawning abilities.

The Effects of Overfishing on Marine Ecosystems

According to the Food and Agriculture Organisation of the United Nations (FAO), 33% of fisheries are overfished, and, collectively, 90% of the world’s fisheries are either overfished or fully exploited. This poses a significant threat to the infrastructure and efficiency of marine ecosystems.

A decrease in fish diversity as a result of overfishing alters nutrient recycling in marine ecosystems, ultimately having a cascading effect on species situated lower in the food chain. Fish species contribute to this process in varying degrees depending on the rates at which they excrete essential nutrients, such as nitrogen and phosphorus, which affects other marine organisms. Once excreted, these nutrients are readily available to primary producers, such as plankton and algae, who depend on nitrogen and phosphorus to grow. Disturbances to the process of nutrient cycling affects the growth of primary producers and of other organisms who depend on these producers for food and therefore survival. This vicious cycle, starting from the top-down, further emphasises the importance of fish species and their need to reproduce.

According to a study published in the journal PLoS One, illegal fishing accounts for up to US$23.5 billion worth of seafood every year. The PEW Charitable Trusts notes that, ‘by volume, illegal and unreported fishing accounts for 11 to 26 million tons of fish every year; that means up to 1 800 pounds of seafood are stolen from the seas every second’.

Another study found that ‘Illegal and unreported catches represented 20–32% by weight of wild-caught seafood imported to the USA in 2011’. Illegal, unreported and unregulated (IUU) fishing pillages the ocean, depletes fish stocks and negatively impacts conservation efforts. In addition to affecting fish species worldwide, IUU fishing also represents a major loss of revenue, particularly to some of the poorest countries in the world where dependency on fisheries for food, livelihoods and revenues is high.

The above data demonstrates the many downfalls overfishing and IUU fishing has on the environment, economy, and ecosystems across the world. The investigation demonstrates a deeper understanding on how fish species are being affected by the pressures of the climate crisis and the extent to which habitat loss is determined by climate-induced changes of ecosystems. The analysis will assist in improving projections on the future of worldwide fish stocks- painting a clearer picture for reports like the Special Report on the Ocean and Cryosphere in a Changing Climate produced by the IPCC.

The assessment is conservative, and does not factor in the many other impacts the climate crisis has on marine life, such as ocean acidification that will impact vulnerable aquatic species.  Expanding on the investigation would therefore provide worthwhile findings that will serve to benefit the maintenance of marine ecosystems worldwide, as well as enhance what is currently understood about the dual relationship between fish species and how they reproduce amid rising temperatures.