8 Diseases that Changed the World 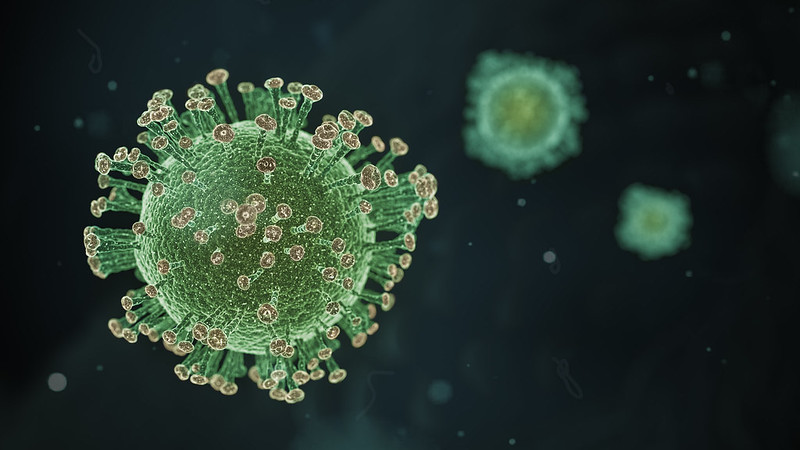 As we see ourselves in the eye of the COVID-19 storm, it’s timely that we reflect on our past battles with contagious diseases and viruses. With each outbreak throughout history came breakthroughs in healthcare and medicine, altogether improving our pandemic response. Here are eight diseases that revolutionised public health and changed the world as we know it.

The deadliest pandemic in recorded human history, the Black Death (or the Plague) killed up to 75-200 million people in Eurasia and North Africa in the Middle Ages. The disease was caused by a strain of the bacterium Yersinia pestis, and was likely transmitted from rodents to humans by infected fleas. It most commonly resulted in bubonic plague, but it could also cause septicaemic or pneumonic plagues.

Whilst the concept of a virus was still novel back then, a number of first steps in public health were made: public officials across the world established systems of sanitation, utilising newly-built observation stations, isolation hospitals, disinfection procedures and quarantine measures. Attempts to improve sanitary conditions of cities were initiated, including the development of pure water supplies, sewage disposal and food inspection. The Black Death marked the introduction of non-pharmaceutical countermeasures and consequently, laid the foundation for effective antiviral medications and extensive treatment options over the ensuing centuries.

Despite having an untraceable origin, this strain of H1N1 avian influenza is widely dubbed as the “Spanish Flu” / “Spanish Lady,” as Spain was the only nation during the First World War that didn’t enforce strict censorship of its press and thus could freely publish early accounts of the virus. An estimated 500 million people, or one-third of the world’s population at the time, fell victim to the pandemic, with at least 50 million deaths. Medical countermeasures to mitigate its spread were limited, but notable progress was made in preparedness and response; the following decade witnessed more governments advocating for socialised medicine (i.e. healthcare for all), consolidating their public healthcare systems and revamping health ministries. Another direct result was the birth of epidemiology– the analytical study of patterns and distributions in disease- which had started to take shape by 1925.

Smallpox is well-known not only for its extremely deadly nature, but more importantly, for the fact that it is the only human disease to have been completely eradicated by vaccinations. The earliest evidence of smallpox stems from the death of Egyptian Pharaoh Ramses V in 1157 B.C., whose mummified remains reveal skin pockmarks. From the 18th century onwards, practitioners started to employ the technique of variolation- deliberate infection by rubbing smallpox scabs/fluids from pustules into the arm- in the hopes of building immunity. Such a deliberate infection with smallpox gradually set the stage for English doctor Edward Jenner to develop in 1796 the first version of what we now call ‘vaccines’. The vaccine enabled countries to rid themselves of the disease, with the last reported case in 1949. In 1980, the World Health Organization (WHO) declared smallpox eradicated– the only infectious disease to achieve this distinction.

Yellow fever is an acute viral hemorrhagic disease transmitted by infected Aedes or Haemagogus mosquitoes. Originating in the subtropical belts of Africa during 3 000 B.C., it seized the Western hemisphere during the slave trade, with the first case reported in the Yucatan Peninsula in 1648. Wide outbreaks occurred after, resulting in up to 200 000 cases of the disease and 30 000 deaths each year, with 90% of these in Africa, according to current estimates. Nevertheless, years of combating the disease have led to revolutionary discoveries. Profound advances were made in ecological assessments, diagnostics, etiology and prevention. A safe and effective vaccine was developed by virologist Max Theiler in the 20th century, allowing for the significant elimination of the disease’s urban form, however the jungle form still occurs in tropical regions of the Americas and Africa.

A total of seven cholera pandemics have wrecked the globe in the past 200 years, with the first one originating in India in 1817. At its peak, in India alone, over ten million lives were claimed between 1892 and 1940. The constant outbreaks prompted the rise of epidemiology under the physician John Snow, who used statistics and maps to track the outbreak source to water pumps. Under guidance of the WHO, effective sanitation practices have been instituted, surveillance systems have provided alerts to outbreaks and three oral cholera vaccines have been made available.

Yet, cholera remains a threat to developed countries today, reaching its victims via contaminated water sources. In 2016, another outbreak of cholera began in Yemen, this time with several humanitarian efforts to contain the disease. The cumulative number of cholera cases from January 1 to August 2 has exceeded 167 000, with 48 associated deaths.

Cases of Severe Acute Respiratory Syndrome (SARS-CoV) were first reported in the Guangdong province of southern China in 2002. This viral respiratory disease of zoonotic origin (likely bats) affected 26 countries/areas including Singapore, Vietnam and Hong Kong and was responsible for more than 8 000 infections globally. SARS prompted the realisation that coordinated global action and collaboration is crucial for fighting diseases. With the WHO’s support, most countries recognised the need to report promptly and openly the number of cases, make timely global alerts and to issue travel recommendations, as well as implement screening measures at airports. The world’s scientists and clinicians also established an extensive laboratory network which greatly facilitated the development of medical treatments. Despite its potential to reoccur, implementation of infection control practices brought the global outbreak to an end in mid-2003, however several cases were reported until May 2004.

HIV (Human Immunodeficiency Virus) is spread via contact with certain bodily fluids, primarily during unprotected sex or contaminated blood transfusions, which, if left untreated, could lead to the disease AIDS (Acquired Immunodeficiency Syndrome). HIV is believed to have developed from a chimpanzee virus that transferred to humans in West Africa in the 1920s and became a pandemic in the 1980s. As of 2014, an estimated 35 million lives have been claimed by the virus; 64% of the victims live in Africa. While there is no known cure, programmes of preventive education have been delivered to vulnerable groups like women and children, whereas medication developed in the 1990s allows infected people to live a normal life with regular treatment. As of early 2020, two people have been cured of HIV.

Medical developments aside, HIV/AIDS has taught the world that stigma and discrimination harm disease control efforts, and that building trust is a must for progress.

Formerly known as Ebola hemorrhagic fever, Ebola virus disease (EVD) is a rare but severe illness in humans, with an average fatality rate of approximately 50%. EVD first appeared in 1976 in two simultaneous outbreaks, one in Nzara in South Sudan and the other in Yambuku in the Democratic Republic of the Congo (DRC). The 2014-2016 outbreak in West Africa was conceivably the largest Ebola outbreak since its discovery, with its grasp stretching from Guinea to Sierra Leone to Liberia, assaulting the regions with more than 28 600 reported cases and 11 325 deaths. In June 2020, the DRC declared yet another outbreak, marking the country’s 11th in 40 years. Although there is no proven cure for Ebola, efforts at finding a vaccine are underway, and a range of potential treatments such as blood products and immune therapies are being evaluated. To combat the ongoing outbreak, the DRC launched its first-ever multi-drug randomised control trial in late 2018 to investigate the effectiveness and safety of drugs used in the treatment of Ebola patients.

As humans have persevered, each disease has brought to the world great medical progress and reform, lessons of which may help bring COVID-19 to an end sooner. Apart from investing in long-term health care systems, community engagement and global cooperation are equally important to curbing outbreaks. Additionally, many of these diseases and viruses have stemmed from our inappropriate and invasive relationship with nature. It is this relationship that must be addressed to mitigate the outbreaks of these illnesses.