A Roadmap for India: Transition Towards Net Zero 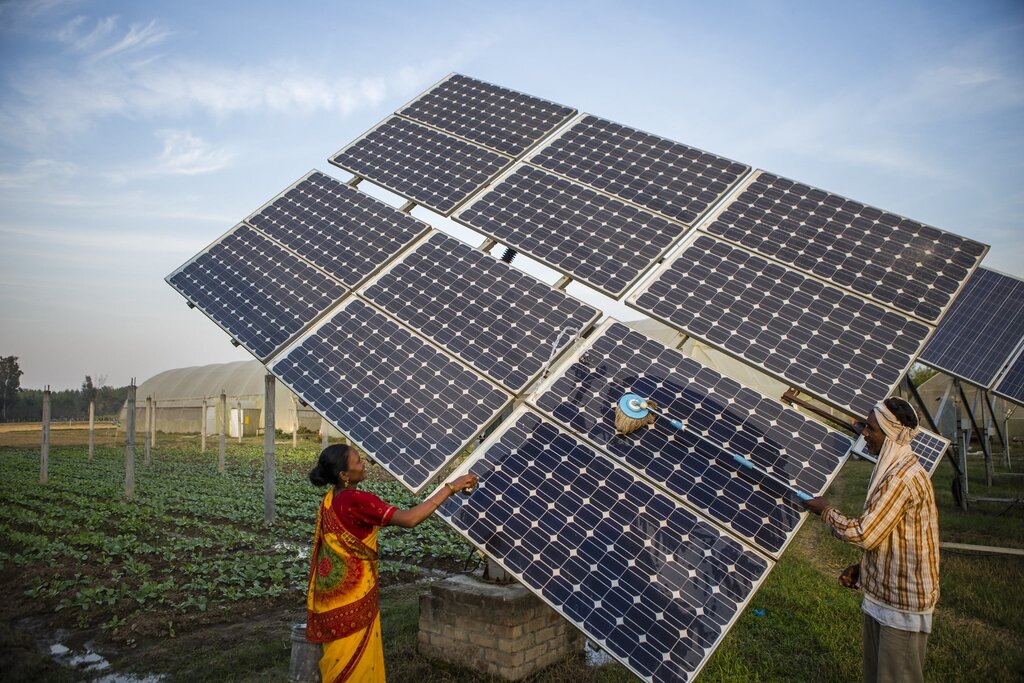 The call for action is eminent as countries scramble towards meeting the high stakes set by the Paris Climate Agreement. For countries like India, the stakes are even higher with juggling developmental agendas and finding sustainable solutions to meet the economy’s needs. This article elucidates how India can transition towards net zero through lessons from other countries and proven solutions put forth by researchers which are growth friendly.

The Paris Climate Agreement signed by 196 parties in 2015 pledged action towards net zero emissions to keep an increase in global temperature levels to below 1.5°C. The notion of carbon neutrality was popularised by this agreement and refers to the act of offsetting or reducing emissions to achieve a state of net zero. Though the deadline for achieving these ambitious targets was 2050, the sixth assessment report of IPCC released in 2021 talks about the dire state of the climate crisis. It elucidates how within a few decades and a temperature increase of 1.1°C has already created catastrophic impacts on the world’s ecosystems. The recent European floods displaced and killed several hundred people, the heat wave in the balmy cities of the Pacific Northwest caused 600 deaths, forest fires in Russia and Turkey along with many others contributed to over 2.5 billion tonnes of carbon dioxide (CO 2 ) emissions in just two months, and the African droughts left over two million people in acute food scarcity. These are just some of the many prominent examples of human-caused global warming and climate change.

Turning our attention to Asia, in a span of a few months, Northeast villages in India faced acute droughts, flooding was seen in Mumbai and Delhi, and Odisha faced huge vagaries in its temperature.

According to the International Energy Agency in 2018 and an article on The Wire in 2021, India is positioned as the third biggest polluter, contributing over 2.46 billion metric tonnes of carbon to the atmosphere owing to the steady increase in coal usage due to rampant electrification drives and the sustained use of oil and gas. As one of the signatories of the Paris Climate Agreement, India had vowed to bring down emissions through a strategic and holistic manner. With repercussions of a fallout from the international community in case of non-cooperation, vulnerability to severe climate change and expenses mounting to fight the
climate crisis, transitioning towards net zero emissions for India is imperative. Five years on, promises of restoration of over 26 million hectares of degraded land by 2030, setting up of biogas plants to turn agriculture waste into energy, ramping up efforts in the renewable sector through subsidies and programmes like National Clean Air and Swachh Bharat, have given momentum towards the transition but the fight is far from over.

The net zero emission target for India was highlighted in the 75th Independence Day speech by Prime Minister Narendra Modi along with what appears to be a semblance of a roadmap to achieving those ambitious targets. Indians have bigger fish to fry, is an applicable adage development economists and policy makers often employ and it is true to some extent. With over 60% of people under poverty, more than half of the children under the age of four being malnourished, unemployment rate at 8.32% and widespread illiteracy, and a lack of resources alongside the need for development and growth, these become polarising points against the climate crisis. However, the truth of the matter is if India does not ramp up its efforts, it can put over 600 million people at risk as India’s sustenance comes from sectors that are vulnerable to climate change. For example, the agriculture sector employs over 60% of the population and frequent flooding or erratic droughts can impact food stability and sustenance
which would have far reaching consequences.

Owing to the aforementioned factors and the looming pandemic that placed a spoke to several transition plans, the pathway for India to achieve net zero is still a question to be answered.

Studies done by eminent scholars from US Department of Energy and Central Building Research Institute have shown that acceleration of clean technologies, encouraging lower carbon choices or substitution go a long way in curbing emissions. Electricity generation and transport contribute to two thirds of total emissions generated in 2019. According to the Ministry of Power, India sources 61% of its power from thermal sources including fossil fuels like coal, which contributes to half the CO 2 emissions. Dependency on thermal sources will only reduce if there is a shift to reliance on green energy. India targets to achieve at least 40% renewable power generation by 2030. In order to do so, it would have to take advantage of the low prices of solar and wind energy which has plummeted over cost of coal power generation both in monetary terms (saving close to 40% of energy cost) as well as the cost of externalities like health hazards according to Gireesh Shrimali of Stanford University. India also has vast untapped agricultural land and a strategic location that can anchor the Global Solar Alliance to exchange ideas and collaborate on solar power. Setting up panels here can amplify benefits and negate any greenhouse gases arising from it. As reported in the IEEE Access Journal, direct sunlight would provide a source of energy generation and enable crop growth, and help in maintaining the humidity and moisture levels required by the plants. India can follow the footsteps of China in the case of renewable energy (RE) by providing subsidies for implementation, providing tax concessions for RE projects, financial institutions providing preferential loan rates, and by eradicating import duties for RE materials. This will give impetus to produce the 175 GW of renewable energy India promised by 2022, which in turn can enhance transportation, and reduce energy demand by almost two thirds annually.

Currently, India is encouraging the local manufacturing of electric vehicles (EVs) and is providing subsidies for manufacturers to produce it at a cost on par with the existing Internal Combustible Engine vehicles. Under the Faster Adoption and Manufacturing of Hybrid and Electric vehicle (FAME) scheme, the government intends to set up 2600 charging stations, mandates 20% parking space allocation for EVs, and has a prerequisite of a 3-year battery warranty by manufacturers. This has spiked demand for EVs in recent years, which is further fuelled by the lower prices of lithium batteries and lowered maintenance costs, thereby making EVs viable.

The International Energy Agency’s survey in 2019 revealed that the construction sector contributed to about 40% of the total emissions and utilised 36% of the global energy and cited how necessary it was to decarbonise this in order to achieve the Paris Climate Agreement commitment. In this light, studies have shown that using solar energy through rooftop photovoltaic panels to generate electricity, geothermal energy for cooling and heating solutions can counter the need for traditional heaters and air conditioners. Additionally, reflective roofing for cooling, wind scopes and towers for natural ventilation, daylighting, energy efficient appliances and sustainable materials like bamboo go a long way in providing alternate solutions to tackling emissions from buildings.
India can gain insights on transition from countries like Bhutan. Bhutan mandates 60% of its land as forest covers, makes use of the vast network of rivers to produce hydroelectric power, even exporting some of it to neighbouring countries like China, and has banned log exports. Additionally, free electricity is provided to rural households to prevent burning of wood and coal. Corporates too can pitch in by investing in cleaner technologies, going paperless, and classifying natural capital as an asset class for accounting. For example, companies such as Tata Group are winning awards on sustainability, Mahindra Group is committing to net zero by 2040, and Reliance by 2035. Carbon pricing policies prevent further environmental exploitation by calling on corporations to become socially responsible by making the cost of polluting high. Furthermore, carbon capture and sequestration can be widely employed owing to the success of the carbon capture plant at Tuticorin, Tamil Nadu which has the potential to lock up 60,000 tonnes of CO 2 emissions in a year.

The policies at the central level tackling climate change provide ample scope to the achievement of the set targets, despite questions of implementation and investment still remaining a challenge due to the climate development nexus. The bottom line is that India needs to prioritise climate change with growth friendly policies, and coordinate efforts from a grassroots level to halt climate disasters. This in turn will enable it to be a successful model for other countries to follow.