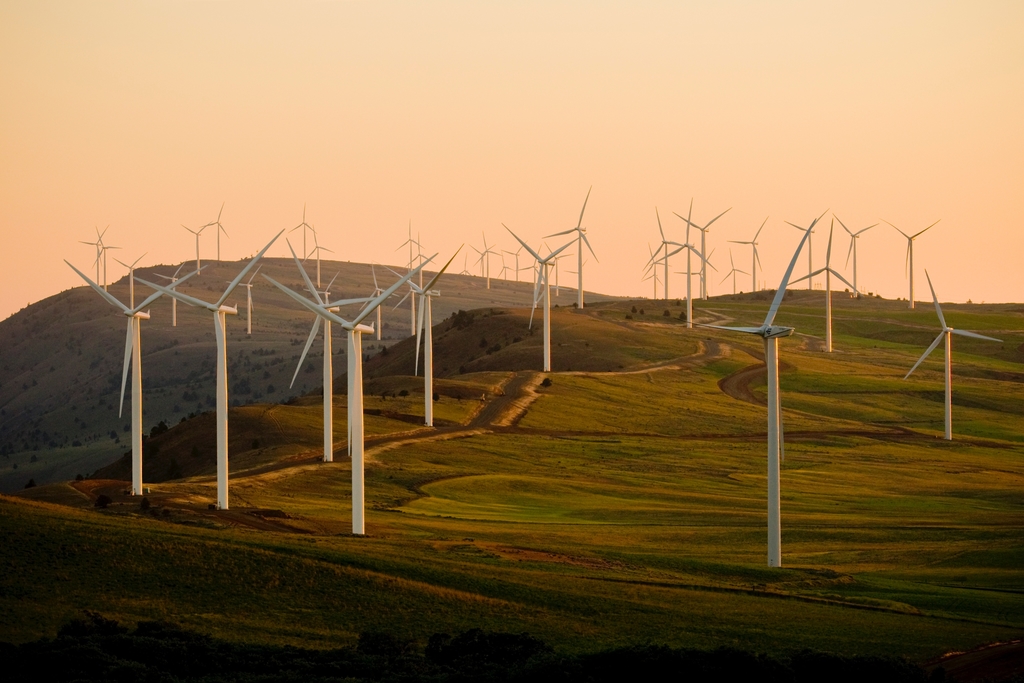 Renewable energy capacity is set to expand 50% between 2019 and 2024, led by solar energy. This is according to The International Energy Agency (IEA)’s ‘Renewable 2020’ report, which found that solar, wind and hydropower projects are rolling out at their fastest rate in four years, making for the argument that the future lies in using renewable energy.

Renewable energy resources make up 26% of the world’s electricity today, but according to the IEA its share is expected to reach 30% by 2024. The resurgence follows a global slowdown in 2019, due to falling technology costs and rising environmental concerns.

The IEA is an autonomous inter-governmental organisation that was initially created after the wake of the 1973 oil crisis. It now acts as an energy policy advisor to 29 member countries and the European Commission to shape energy policies for a secure and sustainable future.

When the sun shines onto a solar panel, energy from the sunlight is absorbed by the PV cells in the panel. This energy creates electrical charges that move in response to an internal electrical field in the cell, causing electricity to flow.

The cost of solar PV-based power declined by 13% in 2018, while Carbon Tracker predicts that 72% of coal-based power will become globally unprofitable by 2040. The IEA report found that solar energy will account for 60% of the predicted renewable growth, primarily due to its accessibility. Compared with the previous six-year period, expansion of solar energy has more than doubled. The cost of solar power is expected to decline by 15% to 35% by 2024, spurring further growth over the second half of the decade.

Wind and hydropower often require users to live in specific locations, but solar offers more freedom; the sun rises and sets on a predictable schedule, and it’s not as variable as running water or wind. Residential solar power is expected to expand from 58 GW in 2018 to 142 GW by 2024, and annual capacity additions are expected to more than triple to over 20 GW by 2024. China is expected to register the largest installed residential solar capacity in the world by 2024, with the strongest per capita growth in Australia, Belgium, the Netherlands and Austria.

Solar facilities will continue reducing their variability rates by storing electricity during the day and running at night. However, advanced solar plants will operate on higher DC to AC ratios, meaning they’ll deliver more consistent service for longer durations.

Commercial and residential buildings will keep running at full capacity even in periods of low sunlight. Closing the gaps between sunlight collection and electricity generation will spur residents and corporations to join the solar movement. Therefore, it’s imperative for governments to implement incentive and remuneration schemes, as well as effective regulation policies. For example, California has mandated that after 2020, solar panels must be installed on new homes and buildings of up to three storeys.

Commercial and industrial solar energy capacity is forecast to constitute 377 GW in 2024, up from 150 GW in 2018, with China predicted to be the largest growth market. This market remains the largest growth segment because solar power is usually more inexpensive and has a relatively stable load profile during the day, which generally enables larger savings on electricity bills.

To generate electricity using wind, wind turns the propeller-like blades of a turbine around a rotor, which spins a generator, which creates electricity.

The adoption of wind power is becoming more prominent due to increased capacity.

Onshore wind capacity is expected to expand by 57% to 850 GW by 2024. Annual onshore wind additions will be led by the US and China, owing to a development rush and a policy transition to competitive auctions respectively. Expansion will accelerate in the EU as competitive auctions continue to keep costs relatively low. These auctions will mean that growth in Latin America, the MENA region, Eurasia and sub-Saharan Africa will remain stable over the forecast period.

Offshore wind capacity is forecast to increase almost threefold to 65 GW by 2024, representing almost 10% of total world wind generation. While the EU accounts for half of global offshore wind capacity expansion over the forecast period, on a country basis, China leads deployment, with 12.5 GW in development. The first large US capacity additions are also expected during the forecast period.

Japan is experimenting with the idea of installing offshore turbines to replace many of their nuclear reactors, a result of the country’s 2011 nuclear disaster in Fukushima. The company Marubeni recently signed a project agreement to build offshore farms in northern Japan, with each farm able to produce 140 MW of power.

Japanese lawmakers have created regulations to give developers more certainty in constructing sources of wind-based electricity; legislation outlining competitive bidding processes has been passed to ensure that building costs are reduced and developers consider potential capacity issues. The country’s Port and Harbour Law has also been revised to spur wind turbine construction in port-associated areas and other locations favourable to wind turbines.

Hydroelectric Capacity Will Rise 9% By 2024

According to the IEA, hydropower will remain the world’s primary source of renewable power in 2024. Capacity is set to increase 9% (121 GW) over the forecast period, led by China, India and Brazil. 25% of global growth is expected to come from just three megaprojects: two in China (the 16 GW Wudongde and 10 GW Baihetan projects) and one in Ethiopia (the 6.2 GW Grand Renaissance project).

However, there has been a slowdown in the two largest markets, China and Brazil; growth is challenged by rising investment costs due to limited remaining economical sites and extra expenditures in addressing social and environmental impacts.

Nevertheless, annual additions are expected to expand in sub-Saharan Africa and in the ASEAN region as untapped potential is used to meet rising power demand.

Geothermal Capacity Will Increase 28% By 2024

To generate geothermal energy, hot water is pumped from deep underground through a well under high pressure. When the water reaches the surface, the pressure is dropped, which causes the water to turn into steam. The steam spins a turbine, which is connected to a generator that produces electricity. The steam cools off in a cooling tower and condenses back to water. The cooled water is pumped back into the Earth to begin the process again.

The US market for geothermal heat pumps will exceed $2 billion by 2024 as demand for efficient heating solutions increases. Transformed building codes will encourage a move to renewable heating and electricity systems in commercial and residential real estates.

Geothermal capacity is anticipated to grow 28%, reaching 18 GW by 2024, with Asia responsible for one-third of global expansion, particularly Indonesia and the Philippines, followed by Kenya, whose geothermal capacity is set to overtake Iceland’s during the forecast period.

The same research from Global Market Insights predicts the commercial market will experience the most considerable uptick; according to the Department of Energy, geothermal solutions will generate 8.5% of all electricity in the US by 2050.

Renewable energy will continue to rise in the upcoming decade, edging out fossil fuels and reducing greenhouse gas emissions.

“This is a pivotal time for renewable energy,” said the IEA’s executive director, Fatih Birol. “Technologies such as solar and wind are at the heart of transformations taking place across the global energy system. Their increasing deployment is crucial for efforts to tackle greenhouse gas emissions, reduce air pollution, and expand energy access.”