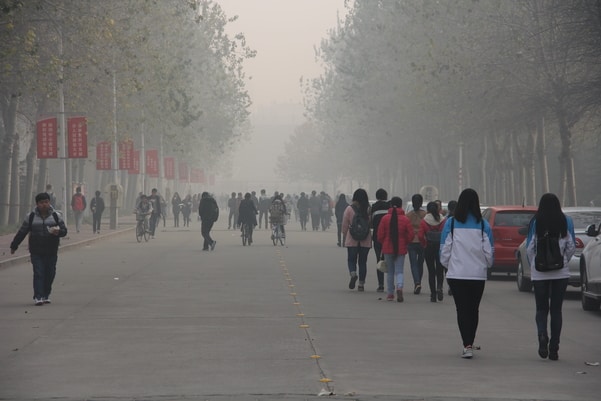 The fight against the COVID-19 pandemic eased air pollution levels as a result of lockdown measures around the world, especially in China. However, data from the Centre for Research on Energy and Clean Air (Crea) shows that the concentrations of fine particles (PM2.5) and nitrogen dioxide (NO2) across China are now at the same levels as one year earlier. At the height of the country’s pandemic response in early March, NO2 levels were down by 38% while PM2.5 levels were down by 34% from 2019.

Lauri Myllyvirta, Crea’s lead analyst, says, “The rapid rebound in air pollution and coal consumption levels across China is an early warning of what a smokestack industry-led rebound could look like. Highly polluting industries have been faster to recover from the crisis than the rest of the economy.” She emphasises the need for policymakers to maintain and prioritise clean energy.

Additionally, energy consultancy group Wood Mackenzie predicts that China’s oil demand will recover to near-normal levels in the second quarter of this year.

In Wuhan, the city at the centre of the epidemic, NO2 levels are now 14% lower than last year, having briefly dropped by almost half, while Shanghai’s latest levels are 9% higher than that of last year.

European cities have also experienced reduced air pollution; 42 of them recorded below-average levels of NO2 in March, according to data from the Copernicus Atmosphere Monitoring Service (CAMS). London and Paris saw 30% reductions in NO2, a pollutant hugely produced by diesel vehicles.

However, Europe’s pollution levels are also expected to rebound, although Vincent-Henri Peuch, the director of CAMS says that they have not yet been able to show that. He noted average air pollution levels across cities.

Peuch added that what happens to the future air quality in European cities remains to be seen, saying “We do not know how people’s behaviour will change, for example avoiding public transport and therefore relying more on their own cars or continuing to work from home.” While Spring is normally the most polluted season in Western Europe in normal years due to the start of agriculture, projecting future pollution changes is considered complex.

Gary Fuller, an air pollution expert at King’s College London, says “Rather than let this time be forgotten, the United Nations and environmental campaigners are urging governments to ‘build back better, to invest in the future not the past’, and to ensure that our global recovery has a sustainable legacy.”

Air pollution affects virtually every organ in the body and growing bodies of research has linked exposure to dirty air to increased risk of death from COVID-19, making clear the need to keep the air pollution low to prevent the dangers of a new wave of infections.

Air pollution causes at least eight million premature deaths annually, with 1.1 million of these in China. Experts have called for action to be taken to ensure that air quality remains at lockdown levels; some cities have taken such measures, including expanding bicycle lanes and pedestrian spaces. The rise in air pollution in China and Europe is a clear demonstration that clean energy should be prioritised in the recovery from the COVID-19 crisis; all eyes are on China as the first major economy to return to work after its lockdown.