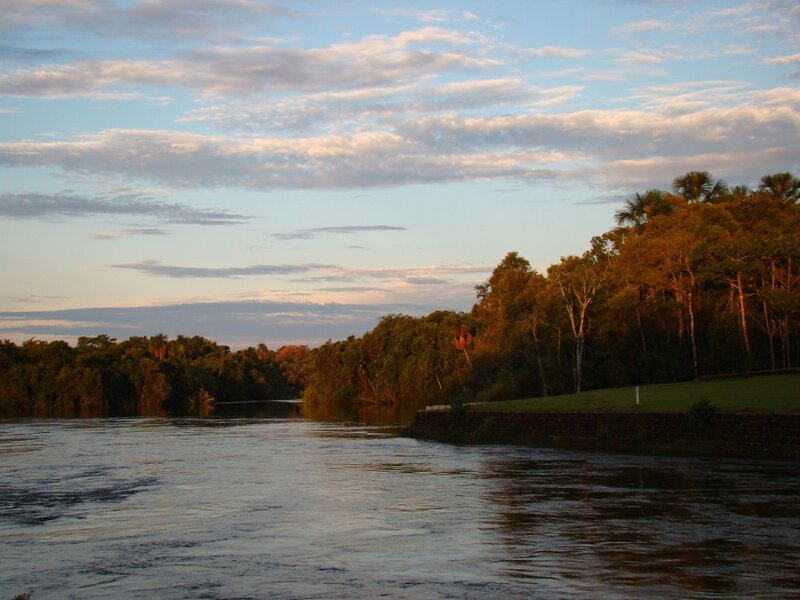 Establishing economic value for the service of preserving native vegetation and creating a new source of income for rural producers. These are the objectives of Conserv, a private forest initiative launched in October by the Brazil-based Amazon Environmental Research Institute (IPAM) in partnership with the U.S.-based Environmental Defense Fund (EDF) and Woodwell Climate Research Center (WCRI).

Conserv is paying rural farmers and ranchers inside the Brazilian Amazon who protect more native vegetation on their properties than is required by law as legal reserves. Under the Brazilian Forestry Code, landowners within the country’s nine Amazonian states must preserve 80% of native vegetation if they are located inside the rainforest, and 35% if in the neighboring Cerrado grasslands.

“This is the first initiative to directly pay rural producers for not taking part in legal deforestation,” says Marcelo Stabile, an IPAM researcher and Conserv manager. “It’s an innovative experiment that IPAM is carrying out together with other institutions — a managed compensation model for preventing legal deforestation.”

Landowners who participate in the program receive between 200 and 400 reais ($37-$74) per year for each hectare of native vegetation that they preserve. The voluntary initiative came into effect in August in the municipality of Sapezal in western Mato Grosso state and has already benefited seven landowners who together are preserving 6,500 hectares (16,000 acres) more than the area they’re required to by law.

Conserv’s first phase, which will last 30 months, foresees investments of 24 million reais ($4.5 million) donated by the governments of Norway and the Netherlands. The project initially aims to help preserve 20,000 to 30,000 hectares (49,000 to 74,000 acres) of native vegetation through 30 contracts in at least three municipalities. “Our intention is for this to grow and be repeated in other locations so we can really impact deforestation and mitigate climate change,” Stabile says.

The Amazon Rainforest’s impact in regulating the global climate and rain system directly affects agribusiness. “More than 90% of our [agricultural] production, whether grain or beef, depends on rain. We have to avoid deforestation if we are going to ensure climatic stability and agricultural production,” Stabile says.

Climate change associated with destruction of the rainforest is bringing the Amazon closer to the brink of what scientists call a tipping point, beyond which its transformation into a dry savanna will be inevitable.

“Everyone knows that deforestation is increasing and that forest fires are completely out of control,” says EDF senior director Steve Schwartzman. “Political support in this administration for protecting the Amazon and especially its Indigenous communities is practically nonexistent. At the same time, many people including farm owners and local communities want to preserve the rainforest but need better incentives.”

Schwartzman points out the importance of valuing the stakeholders who always defend the rainforest if it is going to be preserved. These include Indigenous peoples, rubber tappers, and traditional local communities and Afro-Brazilian communities.

“This doesn’t mean cash must be handed out to every traditional community in the Amazon that keeps its forest standing. There are many actions to be taken. But all of those communities find themselves in the situation where they don’t want to clear-cut the forest and don’t want to participate in unsustainable logging, but they also don’t want to be poor. And the real economic alternatives which they face are oftentimes very harsh,” says Schwartzman, who has been building relationships with the people living in the Amazon since he first visited Brazil as a researcher in the 1980s.

Why the State of Mato Grosso?

Schwartzman says the timing is perfect for Conserv. The first seven landowners to join the program are from the municipality of Sapezal, a location chosen because it’s home to a greater proportion of standing forest than the amount required by law, yet is under pressure from agribusiness seeking to clear new areas of land. According to IPAM, implementing Conserv in Mato Grosso is important because the state has some 7 million hectares (17 million acres) of native vegetation, a source of key ecosystem services, that can still be legally cleared. The region is also being eyed as a hub for the grain and beef industries, the two most widespread rural industries in Brazil.

The landowners in Sapezal, located in the Cerrado biome but within the limits of what the government considers the Amazon, are required by law to maintain 35% of all native vegetation on their properties. In the Amazon biome, the higher requirement of 80% could inhibit landowners with a surplus of preserved forest from joining the program. But Stabile says some landowners in the Amazon have already said they want to join Conserv. 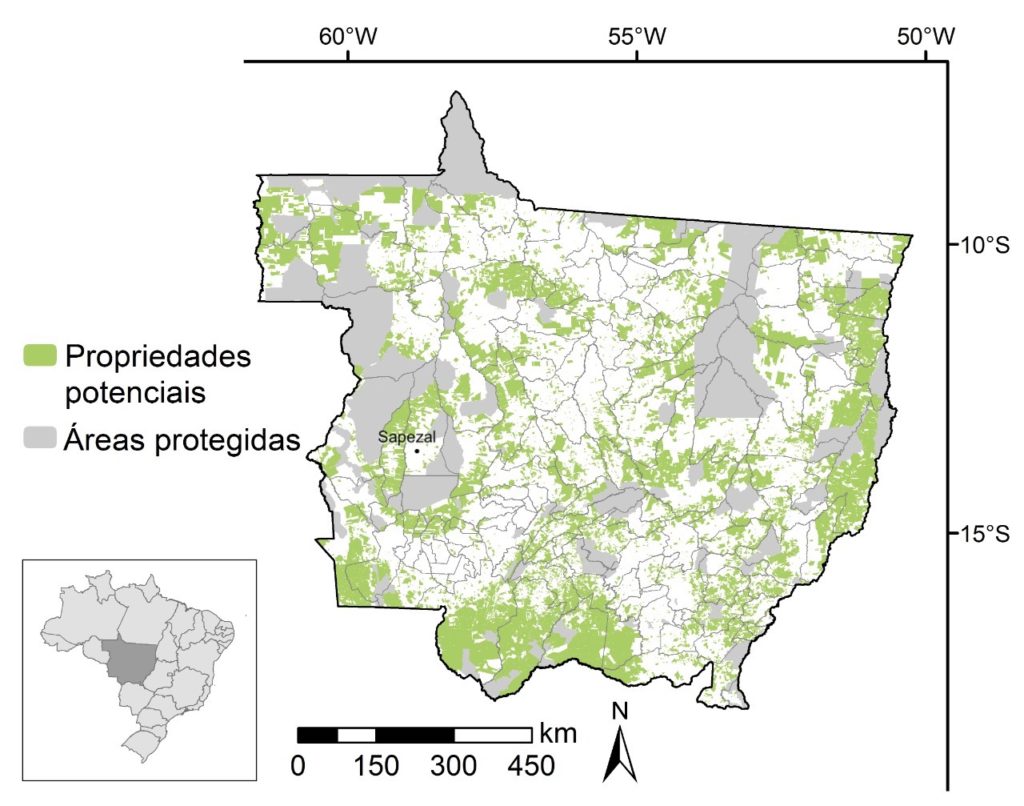 Millions of Hectares of Amazon Eligible for Clearing

Levying a price on ecosystem preservation isn’t a new concept. If an area earmarked as a legal reserve on a property is invaded or deforested, the landowner is legally responsible. This compels them to take routine measures such as putting up fences or creating firebreaks around the forest to protect it from burning and allow for patrolling. Preserving more forest than the area required under the law means landowners take on extra costs and also give up the economic benefits that could be gained from clearing the land for farming or grazing.

“If you have land that you could clear-cut but opt not to, you give up revenues for the common good,” Stabile says. According to IPAM, more than 20 million hectares (49 million acres) of rainforest can still be legally cut down within the Brazilian Amazon. Paying to prevent deforestation and preserve the forest therefore makes sense if the benefits provided by the environment, including climate regulation, benefit the entire planet.

The creators of Conserv say they want it to serve as an example for governments as well as the private and financial sectors to emulate, so that the program can grow and be established in other regions and effectively help reduce deforestation and mitigate climate change.

“Those who really work in farming absolutely understand the logic behind paying for ecosystem services,” Schwartzman says. “Most of the Indigenous people also understand. The issue is proving that it will really work.”

This article was originally published on Mongabay, written by Sibélia Zanon, and is republished here as part of an editorial partnership with Earth.Org.