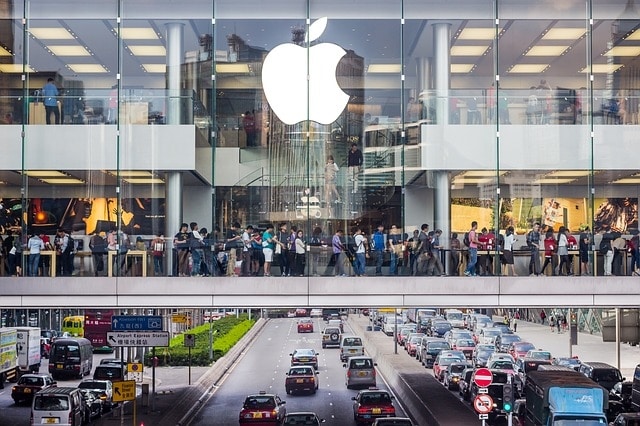 How are the biggest companies in the world working to reduce their carbon footprint? Apple has announced a target of becoming carbon neutral across its entire business and manufacturing supply chain by 2030. The new commitment means that by 2030, every Apple device sold will have net zero climate impact.

Apple has also said that any company hoping to become a supplier has to commit to be ‘100% renewable for their Apple production’ within 10 years.

Tim Cook, Apple’s CEO, says, “Climate action can be the foundation for a new era of innovative potential, job creation and durable economic growth. With our commitment to carbon neutrality, we hope to be a ripple in the pond that creates a much larger change.”

While the move has been generally applauded, Greenpeace says technology giants like Apple have a responsibility to act quickly in mitigating the climate crisis as they produce vast quantities of waste. Elizabeth Jardim, Greenpeace USA’s senior corporate campaigner, says, “I am happy to see that Apple has worked with suppliers to source actual renewable energy and that it has not relied on low-impact solutions like offsetting or renewable energy credits. But I will want to see how the company is further phasing out reliance on fossil fuels throughout its operations on a near-term timeline.”

Apple has said that its plan to become carbon neutral involves investment in new eco-friendly projects as well as the purchase of green energy offsets to compensate for some continued use of carbon-emitting fuels.

Apple says that more than 70 of the company’s existing suppliers have already committed to use 100% renewable energy for work on its products by 2030, the equivalent of taking 3 million cars off the road every year.

The company has released a 10-year roadmap detailing some of the actions it plans to take. These include the use of a new robot to recover materials from the engines of devices returned for recycling so that they can be reprocessed and put back into supply chains.

Other efforts include increased use of recycled raw materials in its own products, new solar panel projects to power its own data centres, investment in environmental projects, including work to restore mangrove trees and shrubs in Colombia and woodland-grassland savannahs in Kenya and work on eco-friendly projects to benefit local communities, including the installation of rooftop solar panels at a facility for disadvantaged children in the Philippines and the electrification of an off-grid fishing community in Thailand.

The second part of Apple’s plan is to increase production of renewable energy. New and completed projects in Arizona, Oregon and Illinois bring Apple’s renewable capacity for its corporate operations to over 1 GW- equivalent to powering over 150 000 homes a year. The company is also opening renewable power plants in Scandinavia, the Philippines and Thailand.

When a business is carbon neutral, it adds no carbon to the atmosphere. It can do this by balancing its emissions, for example by removing a ton of carbon dioxide from the atmosphere for every ton it produces, offsetting its emissions or not releasing greenhouse gases in the first place. This slows down emissions as opposed to reversing them.

To be carbon negative, a company must remove more carbon from the atmosphere than it emits.

In 2019, Apple decreased its carbon footprint by 4.3 million metric tons through design and recycled content innovations in its products. Since 2009, the company has reduced the average energy needed for product use by 73%. Further, all iPhone, iPad, Mac and Apple Watch devices released in the past year are made with recycled content.

What Are Other Tech Giants Doing?

Microsoft has pledged to become carbon negative by 2030 and by 2050, to have removed the same amount of carbon from the environment as it has ever emitted. It has also announced the creation of a consortium involving Nike, Starbucks and Mercedes-Benz, among others, to share information on carbon-reducing technologies.

Amazon has pledged to become carbon neutral by 2040 and Google has pledged to extend the carbon-neutral status it claims for its own operations to encompass its supply chain but has yet to set a deadline.