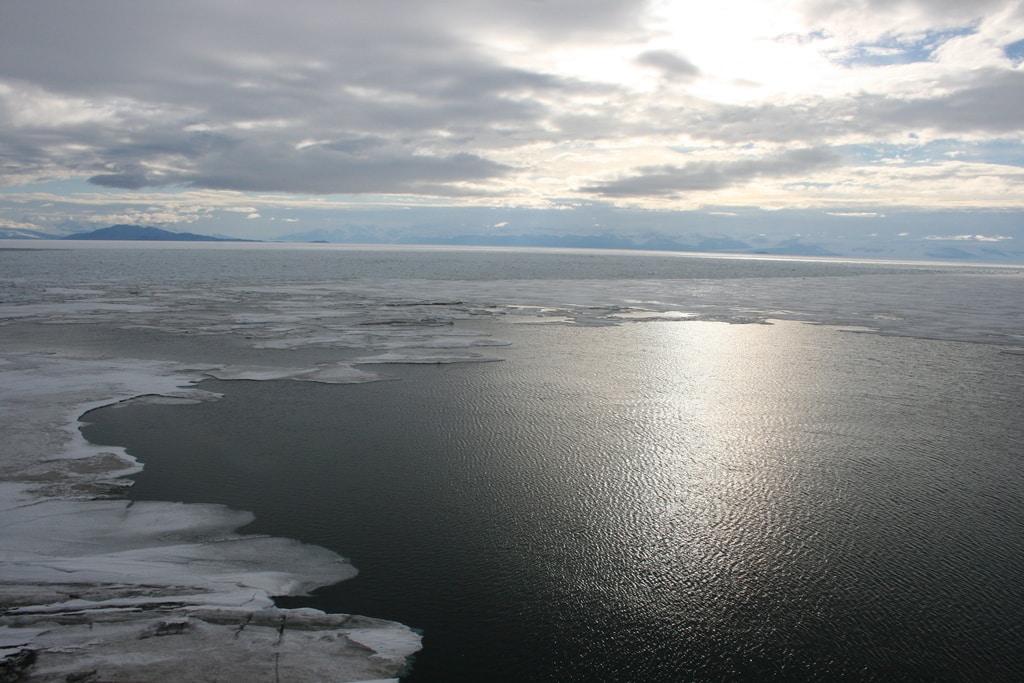 As climate change ricochets around the world, with Arctic warming and ice melt possibly bringing more extreme weather to mid-latitudes and northern sea ice melt perhaps generating a shift in equatorial wind patterns, new research shows that changes in tropical weather patterns may not just be coming from the top-down, but also from the bottom-up, from the Antarctic.

Though there’s a growing body of research supporting an Arctic sea ice connection to tropical weather, this is one of the first studies to look at the impact of less sea ice at the South Pole on equatorial region weather. Scientists now estimate that diminished sea ice in both the Arctic and Antarctic will contribute roughly one-fifth of all the warming projected to occur in the tropics by the end of the century, less than 80 years away. 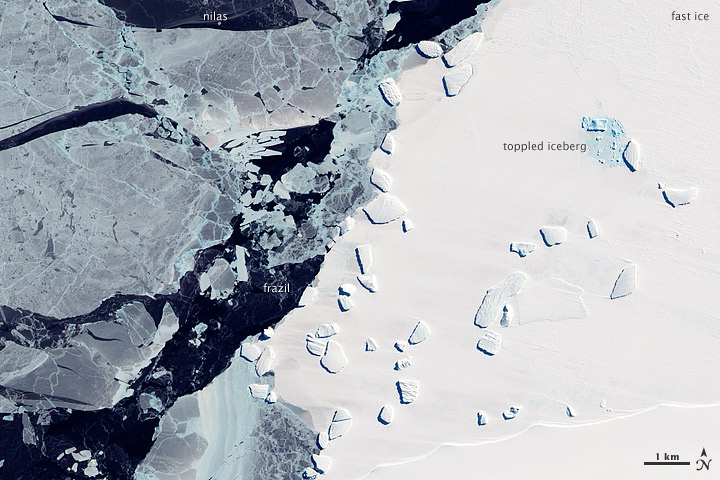 The biggest declines in sea ice so far have been documented in the Arctic, where extent over the past decade has fallen spectacularly below the 1981-2010 average. On March 5, 2020, Arctic sea ice hit its greatest extent for the year at 15 million square kilometers (5.7 million square miles), an improvement over recent winters, but “no reason to take what we are seeing as evidence for a recovery,” according to Mark Serreze, director of the National Snow and Ice Data Center.

In contrast, up until 2016 Antarctic sea ice was holding strong. Then things changed. In 2017 and 2018, sea ice extent around the southern continent plummeted, hitting record lows at the annual minimum. This year, Antarctica hit its minimum ice extent on February 21, at 2.69 million square kilometers (1.04 million miles) — above the three preceding years, but still well below average, particularly in the Amundsen-Ross region.

“All the climate models project that by the end of the century there will be a significant amount of Antarctic sea ice loss,” says Mark England, a polar climate scientist at Scripps Institution of Oceanography at the University of California San Diego and lead author of the Nature study. Indeed, some estimates indicate that Antarctica will lose half of its surrounding sea ice by 2100. Because that ice is floating, it won’t add to sea level rise, but it could cause havoc with global weather.

Earlier this year, researchers found that accelerating sea ice melt in the Arctic could be linked to the intensification of Central Pacific trade winds, the emergence of El Niño events, and the weakening of the North Pacific-Aleutian Low Circulation — a semi-permanent low pressure system that drives post-tropical cyclones and generates strong storms.

“The story for how the Arctic might impact the tropics has been getting stronger over the past couple of years through climate modeling studies,” explains England. “But if we’re trying to understand the polar regions’ impacts on the tropics, just concentrating on the Arctic may only give you half the signal over the next 50 or 60 years.”

In the new study, England and his co-authors used computer simulations to determine how Antarctic sea ice loss will combine with Arctic sea ice loss to alter wind patterns in the Pacific Ocean, inhibiting the upward movement of deep, cold ocean water to the surface, particularly in the eastern equatorial Pacific.

Based on England’s modeling, it’s expected that ice loss at the poles will combine to warm the equatorial Pacific surface ocean by 0.5℃ (0.9℉) and increase rain by more than 0.3 millimeters (0.01 inches) of rain there per day, while rainfall will decrease 0.2 millimeters per day south of Hawaii. Warming in these equatorial surface waters is also what happens during an El Niño event, which can trigger heavy rains in North and South America, and bring intense drought to Australia and west Pacific nations.

Prior to this research, England says, “we were really in the dark about what Antarctic sea ice loss may do. It’s a completely different idea where you have the Southern Ocean rather than the mid-latitude continents right next to [the ice areas].” But as it turns out, the effects of ice loss at the poles were quite similar. “We found that the tropical impacts kind of reinforce each other and lead to this quite large signal.”

“This study adds compelling evidence for the substantial global impacts of losing the Earth’s [reflective] mirror — namely sea ice at both poles,” says Jennifer Francis, a senior scientist at the Woods Hole Research Center who previously published a study that drew connections between changes in the Arctic and mid-latitude extreme weather. “Not only will ice melt affect the high-latitudes… it’s becoming abundantly clear that ocean currents, winds, and precipitation patterns in the temperate and tropical regions, where billions of people live, will also be disrupted.”

Still, more research is needed, with the influence of both poles upon the temperate and equatorial zones remaining a controversial topic. Last month, for example, mathematicians at the University of Exeter said they determined that Arctic warming does not, in fact, lead to a “wavier” jet stream around the mid-latitudes, but that any link between the two regions is likely due to random fluctuations in the jet stream impacting the Arctic — and not the other way round as Francis and other researchers assert who remain skeptical of the Exeter conclusions.

In terms of Antarctica, England says more modelling should be undertaken. “We’ve kind of skimmed the surface on the mechanism, but there’s a lot more work to be done to understand exactly the role of different feedbacks in getting this tropical response.”

In case none of this Antarctic climate news leaves you feeling vulnerable, another newly released study regarding the South Pole and sea level rise just might. According to scientists, Antarctica’s Denman glacier has retreated three miles over the past 20 years into its deepest undersea valley, providing a potential pathway for the warming ocean to accelerate melt from below. If the glacier were to retreat across the entire undersea canyon — roughly 100 miles — it could lose 540 trillion tons of ice and raise global sea level by five feet.