Tourism Has Crashed: Are Carbon Credits the Future for Funding Conservation in Africa? 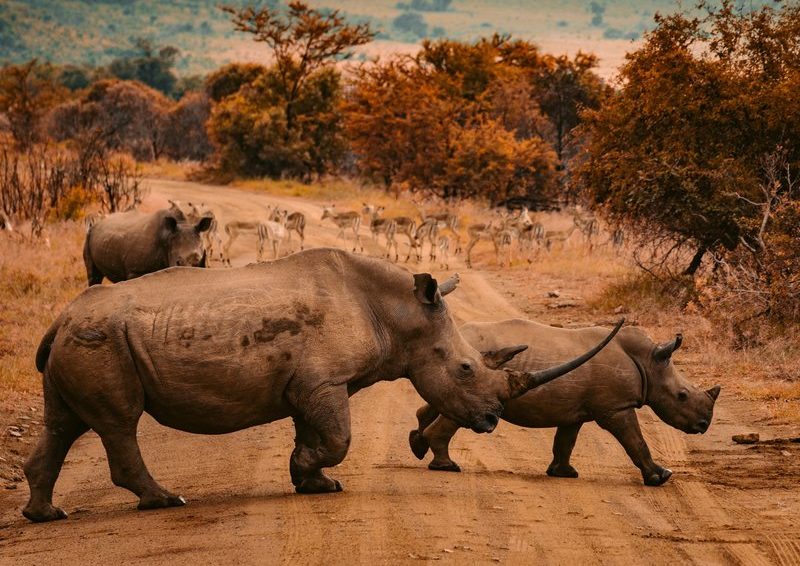 The abrupt collapse of tourism due to the coronavirus pandemic has again highlighted the inadequacy of resources for conservation in Africa. Carbon credits have been advanced as one possible source of new funding for Africa, but this market’s real potential to protect biodiversity is yet to be established.

A 2018 study of nearly 300 protected areas across the continent found that 90 percent of parks it looked at were severely underfunded. The parks surveyed have an estimated total spending shortfall of between $1 and $2 billion: there are 8,000 other protected areas in Africa.

Under pressure from governments, corporations, and communities pursuing one or another form of development, inadequately protected parks suffer ecological degradation, losing charismatic large species along with valuable habitat, which reduces the potential to generate tourism income in particular, and completes a vicious cycle.

Despite its high profile, tourism is not a major source of income for most protected areas on the continent, according to Max Graham, the CEO of Space for Giants, which works to make both economic and ecological value tangible for local communities in Africa: the significant in-flows come from philanthropy.

“The impact from [loss of] tourism is only going to be felt, from a conservation perspective, in a select grouping of parks that are either private or state-owned and operated in well-established tourism countries like South Africa and to a certain extent in Kenya,” said Graham.

He observed that conservation will likely continue to depend heavily on philanthropy as a crucial source of income in the future.

But attracting and retaining philanthropic support has its limitations. Donors sometimes insist on funding only narrow aspects of an organization’s overall work, or abruptly shift priorities away from a historic focus, said Graham. “Funding can also be difficult to secure at scale or over long periods,” he said.

Carbon Credits as an Alternative Solution

Matthew Brown, the Africa director at The Nature Conservancy (TNC) says there is huge potential to fund conservation through the sale of carbon credits. By the end of 2016, $300 million of carbon credits had been sold on voluntary markets; Africa accounted for just $20 million of this global total.

The potential to fund conservation through carbon credits may now be growing. In 2018, there were $172 million worth of voluntary market carbon credit transactions, according to a self-reported survey of carbon traders conducted by Ecosystem Marketplace, an information hub focused on market-based approaches to conservation. Fifty-eight percent of this total went to forestry and land use programmes – though this figure includes an extraordinary increase in REDD+ (reducing emissions from deforestation and forest degradation) credits involving just one country, Peru.

In Africa, TNC has been supporting a REDD project on 32,000 hectares (80,000 acres) in the semi-arid savannah of the Yaeda Valley, in northern Tanzania, for the past five years.

The valley is home to indigenous Hadza hunter-gatherers, as well as Sukuma farmers, and Datoga agro-pastoralists. Working with English conservationists Marc Baker and Jo Anderson, the Hadza secured legal recognition of 20,000 hectares in the heart of the valley as their territory in 2010, and entered a 20-year contract with Baker and Anderson’s company, Carbon Tanzania, to sell offsets from a REDD+ project.

Critics of carbon credits and REDD argue that very few such projects are able to generate significant income for local communities, with carbon prices too low to incentivise people to protect them over time.

Brown counters that these markets are growing fast, fuelled by growing numbers of corporations seeking carbon offsets to fulfill public pledges to become carbon neutral. “Globally, in 2018, the size of the voluntary market doubled and, in 2019, doubled again. In 2020, it was expected to double once more – before Covid-19.”

REDD has also been challenged for failing to represent additional prevention of greenhouse gas emissions from deforestation. While this is clearly not the case with the Yaeda project, a French research centre examined 120 carbon credit projects in 2015 and found that 37 percent overlapped with already existing protected areas.

Another important question is whether REDD protects not just carbon stocks, but biodiversity. On this score, the Yaeda Valley is an ambiguous example.

Walking transects were carried out in both REDD+ and less-regulated areas of the valley every year from 2015 to 2018 to monitor mammal species including elephants, cheetahs, wild dogs, and giraffe (Giraffa camelopardalis). Researchers found species richness and the density of wildlife was higher in woodland areas of the valley — REDD+ protected or not.

The researchers credited the project with protecting vital habitat, while pointing to other factors likely contributing to maintaining biodiversity, including multiple habitats within a large study area, and access for wildlife to adjacent protected areas such as the Ngorongoro Conservation Area, allowing animals to move in and out of the area.

They also noted that village game scouts paid for by the REDD programme also patrolled project areas to enforce anti-poaching laws and recommended more formal integration of conservation goals in the design and implementation of REDD+ projects like this one.

While acknowledging the potential of carbon credits to fund conservation in Africa, Graham said the carbon trading sector is very complex and expensive. “There are also questions over state-run parks, which are the majority,” said Graham. “Once a deal is done and money starts flowing, will that flow to the park or to the government agency for wider spending?”

This article was originally published on Mongabay, written by Mantoe Phakathi, and is republished here as part of an editorial partnership with Earth.Org.