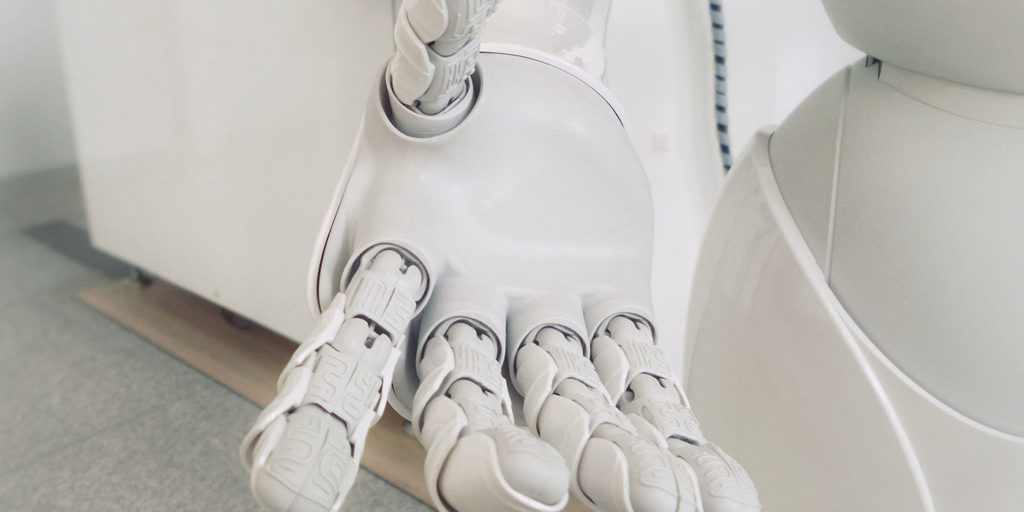 Artificial Intelligence (AI) is a somewhat controversial concept in the age of rapid technological advancement and while it is changing the future of human productivity as we know it, it can also be used in climate science, aiding researchers who are fighting against the clock to mitigate the climate crisis.

First came the machines. With their steamy puffs and oily gears they complemented and almost replaced manual work, yanking mankind into the industrial age. Now comes Artificial Intelligence, and with it a promise revolutionise all things human.

What is Artificial Intelligence?

Artificial Intelligence- or the ability of machines to learn and perform ever more complex tasks- is opening up endless possibilities for science. And climate change researchers have made it a weapon of choice.

Maria Uriarte and Tian Zheng from Columbia University and the Data Science Institute in London are using Artificial Intelligence to understand how tropical storms affect forests.

In October 2017, the most powerful storm to strike Puerto Rico since 1928 wreaked havoc across the nation, tearing up houses in its way and claiming over one thousand lives. It also strained the local ecosystem. Thousands of acres of the El Yunque National Forest lay in a battered state, with large trees uprooted and no more canopy to shield the soil from the torching Caribbean sun.

Forests play a key role in cooling the Earth’s climate by sequestering carbon from the atmosphere. When forests are damaged and trees decay, less carbon is stored, and more carbon remains in the atmosphere, exacerbating global warming.

If the cycle of damage and regrowth occurs more often as extreme storms become more frequent, some forests may never recover completely. Forest regeneration is thus closely linked to the carbon cycle and plays a key role in the dramatic shifts in climate of our age.

Uriarte and Zheng collected thousands of high-resolution photographs taken from satellites and planes of the affected areas in an effort to identify which tree species best weathered the storm and how factors like soil composition, erosion, slope and rainfall contribute to overall forest regeneration.

Remote sensing technology for environmental monitoring is usually paired with in-site calibrations to increase data accuracy. The team identified and mapped every single tree within a selected 40-hectare plot of damaged forest. Pairing this ground information with the satellite images, a purposely-built algorithm calculated what the various species of trees look like in the satellite and aircraft images.

The team then replicated this process onto a larger area and used the correlated data to improve the algorithm. This process of continuous refinement to obtain pattern recognition and correlations across vast amounts of data is at the core Artificial Intelligence.

Uriarte says her work could not be done without Artificial Intelligence- “there’s only so much that one can do on the ground… and then there are areas that are simply not accessible. The flyovers and the Artificial Intelligence tools are going to allow us to study hurricanes in a whole different way. It’s super exciting.”

Processing large amounts of data is particularly useful for increasing the accuracy of forecasting models. Claire Monteleoni from George Washington University is sharpening up climate change predictions with machine-learning techniques.

Her algorithms weigh the averages of over 30 climate forecasting models used by the UN-led Intergovernmental Panel on Climate Change (IPCC), the most important multilateral a multi-stakeholder body focussing on climate change. The new averages give added weight to predictions that prove to be more accurate and less weight to those performing historically poorly.

“These algorithms generate better results over time than the conventional approach that treats all models equally”, Monteleoni says. She is one of the growing number of researchers helping to pioneer the marriage of machine-learning techniques with climate change science, known as “climate informatics”.

Similarly, Pierre Gentine and his team at Columbia Engineering are overcoming one of the biggest challenges in climate modelling – how to adequately represent clouds and their atmospheric heating and moistening.

They used a deep neural network architecture – a form of machine learning – to compute the data and draw parallels between cloud forecasting models. They were able to dramatically refine the prediction capacity of cloud movement along with their moistening, heating and radiative features. Their success in capturing cloud behaviour improves predictions of the climate’s response to rising greenhouse gas concentrations.

Too Complex To Be Trusted?

Deep neural networks have become ever more sophisticated and we are losing visibility into the reasoning process. The sheer multitude of variables and connections are so complex and beyond the cognitive absorption of any human being, that the results pose a concern of trust.

In its report Harnessing Artificial Intelligence for the Earth, World Economic Forum recommends that researchers continue to improve the reliability of Artificial Intelligence, while admitting that it represents the “ fundamental and most pervasive emerging technology of our time” and able to electrify and propel Earth studies into a new dimension of possibilities.

The burgeoning field of Artificial Intelligence-driven climate studies is one example of how a field of science is progressing leaps and bounds thanks to machine learning techniques. The much heralded “information age” where big data and the ability to digest it seem to underpin our every step forward has arrived. Welcome to the Fourth Industrial Revolution.

While Artificial Intelligence can be intimidating and frankly frightening, if used in climate science, it can be harnessed to benefit the future of humanity and the planet.