Asian Giant Hornets Have Arrived in the US- What Does This Mean? 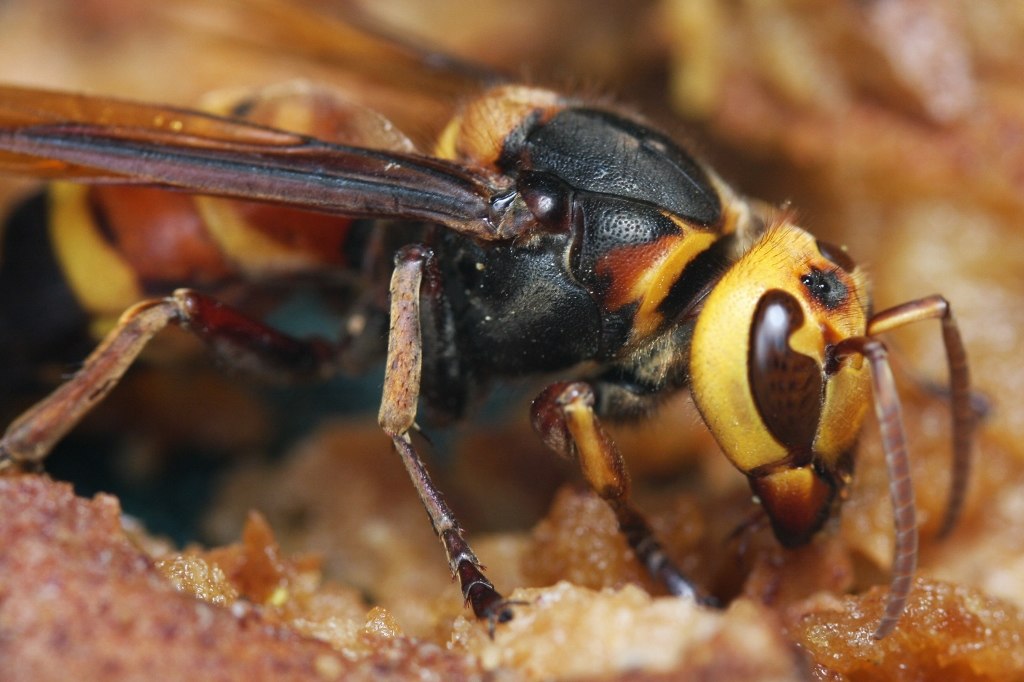 In early May, two Asian giant hornets were spotted in Washington state, the first time they’ve been spotted in the US. Scientists are concerned that these ‘murder hornets’ could spread throughout the state and beyond, presenting a danger to already-threatened European honeybees and humans.

Asian giant hornets are the largest hornet in the world. Most are about the size of an adult’s thumb, but queens can grow as large as 5cm long. They can fly as fast as 32 km/h.

Researchers are unsure how the insects arrived in the US, but some believe that it’s most likely they got accidentally trapped in shipping containers from one of the countries where they’re native, in East Asia and Japan.

Threats To Honeybees and Humans

These hornets have already established themselves as invasive species in nations such as South Korea. They form colonies, comprising one queen and many workers. They eat many kinds of insects, but especially enjoy bees. When they encounter honeybees, they start with a ‘slaughter phase’, where they bite the heads off bees with their large mandibles. Then, they shift to feeding, in which they occupy the honeybee nest for up to a week, feeding on the pupae and larvae, which they feed to their young.

European honeybees, the most widespread commercial pollinators, have no known defence against Asia giant hornets. They have been observed stinging them, but it appears to have no effect on these hornets. These honeybees are already experiencing steep declines in numbers; the presence of these hornets may push them into extinction in the US should the hornets spread further throughout the country.

In contrast, Japanese honeybees have co-evolved with giant hornets and have found a way to protect themselves. The honeybees swarm around the invaders and beat their wings until the bee reaches temperatures of nearly 50 degrees Celsius, which cooks the hornets to death and suffocates them with carbon dioxide.

The insects are also fatal to humans. In their native Japan, an average of 30 to 50 people each year die from the hornets’ stings. In 2013, when populations of these hornets were unusually high, they killed 42 people in a single province in China. Serious incidents occur when people come near or disturb the insects’ hives.

Jun-ichi Takahashi, a researcher and wasp expert at Kyoto Sangyo University in Japan says that the hornet’s damage to the environment could be significant anywhere they spread and supports efforts to contain it. He says that “American do not fully understand the aggressiveness and toxicity of this hornet.”

How Can We Stop the Spread?

Researchers say that if the hornets aren’t contained in the next few years, it will be too late to stop their spread across the US. There have only been two sightings of the species in Washington state, suggesting that there is likely a colony nearby.

In winter, nests go dormant and if any queens have mated, they would disperse to form new hives. Teams of researchers are currently setting out lures to try to capture emerging queens. In the summer, these researchers will set out hundreds of traps to continue looking for queens and workers, which would emerge if any new colonies are established. They could then attach radio-transmitting collars so they could track the wasps back to their nests and destroy them. Because the hornets make hives underground that generate heat, it has also been proposed that heat-sensitive imaging technologies are used to locate hives.