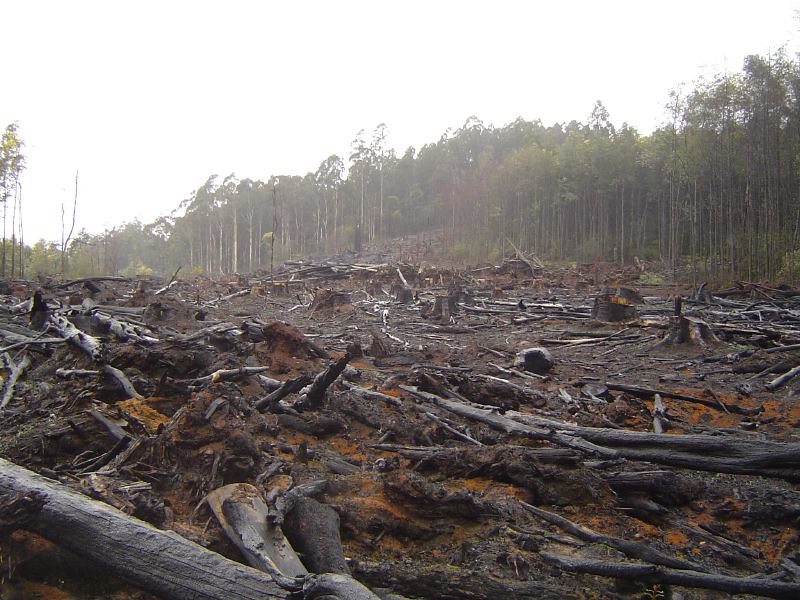 The environmental advocacy group Friends of the Earth has blasted BlackRock and other asset managers in a new report that says they aren’t doing enough to curb global deforestation. The report accuses the “big three” asset managers — BlackRock, Vanguard and State Street — of enabling companies in their investment portfolios to skirt promises they made to prevent their supply chains from contributing to the destruction of rainforests.

“They’re bankrolling not only the consumer goods companies that are driving deforestation through their supply chains, but also financing agribusiness producers and traders at the grassroots level that are responsible for widespread deforestation and human rights abuses,” Gaurav Madan, report co-author and senior forests and lands campaigner at Friends of the Earth, said in an interview with Mongabay.

Together, the three firms had more than $16 trillion in assets under management at the end of 2019, including $700 billion invested in companies that were part of the Consumer Goods Forum (CGF), an association of retailers and manufacturers that includes household names like Nestlé, Amazon and General Mills. In 2010, the CGF said its members were aiming to achieve zero net deforestation by 2020.

But Friends of the Earth says the actions of CGF members haven’t matched their rhetoric, echoing a recent report from Greenpeace, which told Mongabay that the gap is a “total disaster.” While some CGF members have made public commitments not to source products from suppliers that contribute to deforestation, few have managed to entirely follow through.

Last year, for example, Nestlé admitted that it would miss the 2020 goals.

Madan says part of the issue is that asset managers like BlackRock and Vanguard that invest in and finance those companies aren’t using their influence aggressively enough to push them to meet deforestation targets.

“There should be clear red lines that at some point if change doesn’t happen, they are actually excluded from their portfolios,” he said.

Earlier this year, BlackRock made headlines when its CEO, Larry Fink, said the firm would start making its investment decisions with climate change in mind, sending a letter to clients in which it promised to exit the coal sector and “play a constructive role” in supporting the Paris Agreement.

The move generated favorable coverage for the firm, which has close ties to U.S. presidential candidate Joe Biden, but Friends of the Earth says it conspicuously neglected to include a promise to stop investing in companies that cause deforestation.

In fact, the report says BlackRock and the other two asset managers have either abstained from or voted against corporate shareholder resolutions to fight deforestation a total of 16 times. While not all of those resolutions would have passed even with their support, Madan says the votes sent a signal to executives in those companies that big investors don’t consider protecting the world’s rainforests to be a priority. 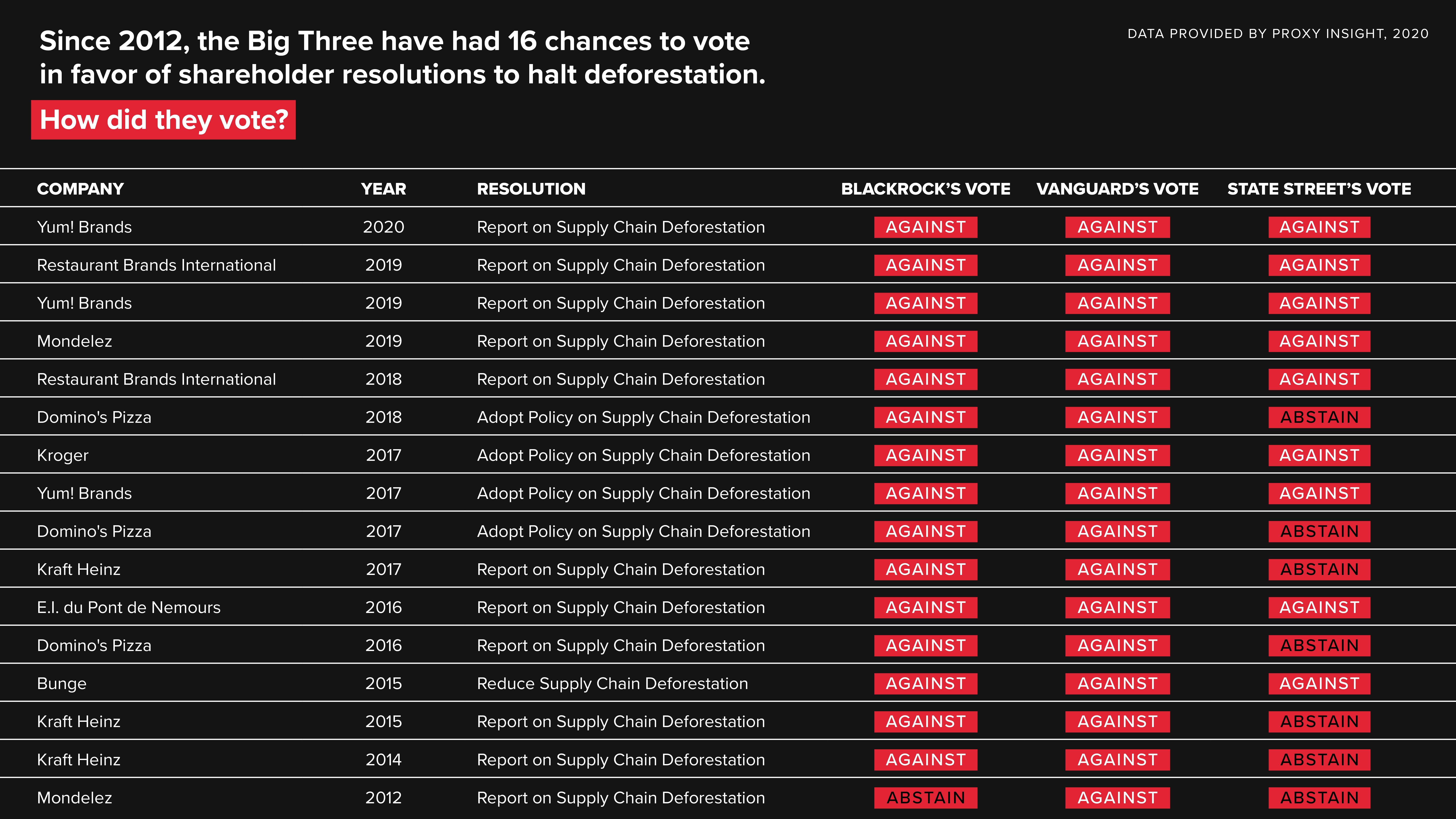 This past May, all three asset management firms voted against a resolution introduced by shareholders of Yum! Brands that would have required the company, which owns fast-food giants like Pizza Hut, Taco Bell and KFC, to report on the deforestation impacts of its operations. The resolution was defeated by a 2-1 margin.

BlackRock did not respond to an emailed request for comment by Mongabay, but in a sustainability report released by the firm in July it said it had identified 244 companies that had not made “sufficient progress” in addressing the climate impacts of their operations. The firm voted against the directors of 50 of those companies, and put another 191 “on watch.”

But none of those actions were specifically related to the deforestation impacts of those companies.

In a letter to Friends of the Earth that was shared with Mongabay, the CGF acknowledged difficulties in reaching zero net deforestation targets.

“Consumer goods companies play an important role but cannot stop deforestation alone. For real impact, collective action and collaboration on the ground as well as political engagement at national and regional levels are critical as is strong support from the investment community,” the consortium wrote.

Madan says the voluntary nature of the CGF’s commitments isn’t suited to the scale of the problem. Global deforestation has increased by more than 40% since 2014 and is a major contributor to climate change, with devastating fires destroying hundreds of thousands of hectares of the Amazon rainforest in just the last two years alone. Supply chains for commodities like beef and soy are a key driver of those fires.

If the world wants to get serious about protecting the rainforests and preventing climate change, Madan says, governments will need to cooperate to implement regulations with real teeth that force companies and investors to meet concrete targets.

“These corporations are not going to be the agents of change that we need given the crisis we’re facing,” he said. “That’s why the industries most responsible for driving the deforestation crisis need to be regulated.”