The Dangers of Climate Denial in Australia 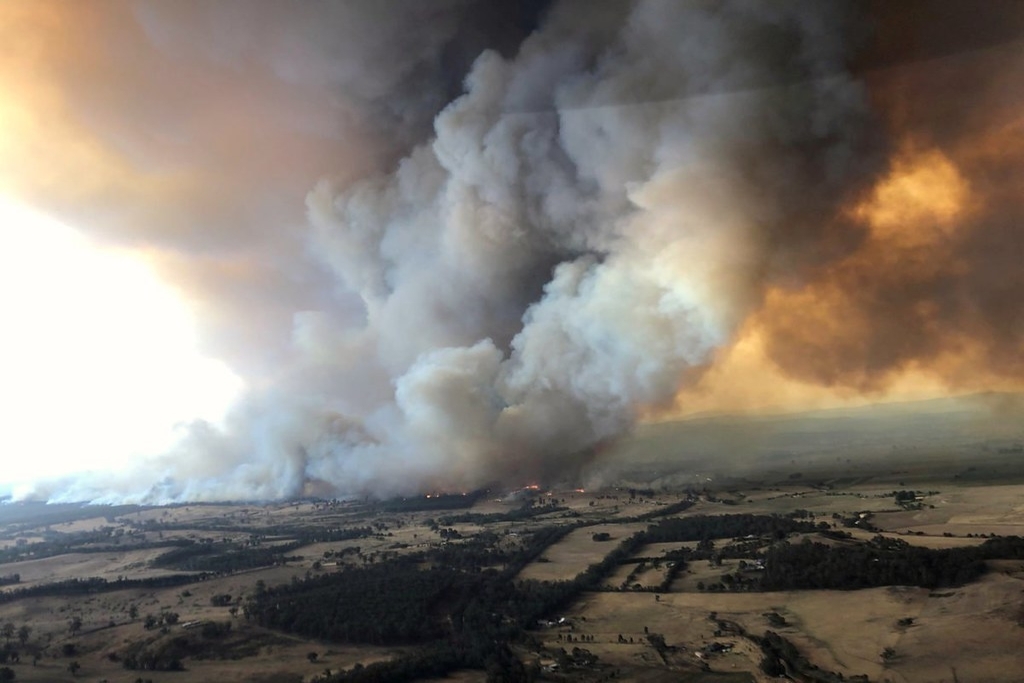 The concepts of ‘post-truth’ and the ‘alternative fact’ have become rather prevalent in modern discourse, and as a result, it can be difficult to remain as wary of them as we ought to be. The practice of stretching or ignoring what should be recognised as scientifically verifiable fact tends to be especially rife in situations that threaten the future security of those in power. The history of climate denial in Australia is problematic for not only the country, but for the global community working to mitigate the effects of the climate crisis.

An alarming example of this occurred in January, when Australian MP Craig Kelly, of the ruling conservative Liberal Party, appeared on Good Morning Britain at the height of his country’s bushfire crisis. He dismissed the claim that the current administration in Australia could do more to reduce its carbon emissions, as ‘complete nonsense’. Indicative of a widespread problem of climate change denial in Australia, Kelly’s remarks fan the flames of a post-truth society, in which it is becoming increasingly easy to deviate from what science shows to be true.

Around the same time as Kelly’s appearance on Good Morning Britain, approximately 2 000 houses had been lost to the fires. Over 26 people were dead. By 31 January, over 10 million hectares of land had been affected.

The likes of Kelly- whose constituency, incidentally, is located in New South Wales, a state with some of the largest coal reserves in Australia– and Australian Prime Minister Scott Morrison find blame in everything but the climate crisis. Money and resources have been hurled at police efforts to trace arsonists suspected of deliberately starting the fires; meanwhile, Australia remains the biggest exporter of coal and liquefied natural gas in the world. In 2018, Australia exported  249.4Mtoe of coal in 2018. Indonesia, in second place, exported 220.3Mtoe.

As of 2018, coal exports were worth $46 billion to the Australian economy, and in 2019, liquefied natural gas exports contributed $33.6 billion.

This seems to be a particularly destructive case of ignoring an incredibly conspicuous elephant in the room, and is fuelled by a strain of denialism characteristic of a post-truth society. Certain politicians do not deny the existence of the climate crisis, but rather attempt to absolve Australia of responsibility. Australia has always had a problem with bushfires, they claim, and those shouting about it now are young people with little experience of the ferocity of Australian summers. If the trend showing the worsening effects of the fires is caused in part by the climate crisis, the problem is on a global scale, and the Australian coal industry should not bear the brunt of the blame. In short, conservative Australian politicians frame the climate crisis as a one shared equally by all nations, therefore diluting the notion of individual responsibility.

This may be due in part to a fundamental lack of understanding of the processes behind climate change on the part of Australia. A report commissioned by the Australian Government’s National Climate Science Advisory Committee, and produced by the Centre of Excellence for Climate Extremes, found ‘critical gaps’ in the coordination of research into issues such as atmospheric physics concerning heatwaves. This, the report stated, poses a ‘critical threat to Australia’s ability to understand and predict such phenomena into the future’.

What is the Australian government doing about climate change?

Furthermore, existing emission-cutting initiatives are being abandoned; for example, in 2019, Australia ended its contribution, which stands at $187m since 2015, to the UN-established Green Climate Fund, dedicated to cutting emissions in developing countries. More recently, the Australian Conservation Foundation found that nearly a fifth of the most polluting industrial sites in Australia exceeded maximum constraints on greenhouse gas emissions set by the government. Moreover, the majority of tonnage emitted by these sites was not penalised, meaning the companies were not required to pay a penalty or purchase carbon credits, as is detailed in a ‘safeguard mechanism’ for cutting carbon emissions implemented by the federal government. This renders this mechanism not fit for purpose.

This desire to avoid ‘reckless job-destroying and economy-crunching targets’ is understandable; any economic instability caused by deviating from the status quo is naturally less than appealing to voters. However, the Climate Council in Australia, a crowd-funded organisation which gathers facts about the climate crisis, produced a report in 2019 entitled ‘Compound costs: How climate change is damaging Australia’s economy’. It found that the climate crisis stands to present ‘substantial systematic economic risks’ to Australia in the long-term. The report detailed that the Australian property market stands to lose $571 billion by 2030 as a result of property damage caused by climate change-driven extreme weather. Other key findings included the fact that, if greenhouse gas emissions remain at current levels, a rise in sea levels by 2100 will mean that $226 billion in infrastructural, commercial and residential assets will be under threat. Morton points out that, although Australia has not formally pulled out of the Paris Agreement, the target set by the Agreement – that Australia should cut its emissions by 26–28% below 2005 levels by 2030 – is unlikely to be met if Australia continues down its current path.

How has climate change affected Australia?

Meanwhile, the effects of climate change denial in Australia are being felt beyond dry land. One of Australia’s most defining emblems, the Great Barrier Reef, has in the past five years endured three mass bleaching episodes, undergoing ‘very widespread’ damage in the summer of 2019-20. This was attributed to a heat build-up during February. 2016 and 2017 saw the bleaching and death of approximately 50% of the reef’s shallow water corals.

Such a track record has not gone unnoticed in the international community. Australia was criticised at the COP25 2019 UN climate conference in Madrid for its stubbornness regarding the introduction of regulations on international carbon markets. Meanwhile, in November 2019, a Brown to Green report- a comprehensive evaluation of efforts to address and adapt to the climate crisis across G20 countries- found Australia to be one of the most underprepared countries examined in the report. In particular, the report drew attention to Australia’s rising emissions and the absence of policies to remedy this. The need to address this is becoming ever more urgent. 2019 was Australia’s warmest recorded year, and the country has warmed by just over one degree Celsius since 1910, the bulk of this occurring since 1950, according to the Bureau of Meteorology. Australia’s ‘all-time temperature record’, last set in 2013 at 40.3 degrees Celsius, was broken in December 2019 over two consecutive days, at 40.9C and 41.9C respectively.

Climate change denial in Australia, then, demonstrates the dangers of politicising the climate crisis and offering policies geared solely towards propping up the economy in the short-term. With Prime Minister Morrison’s support of the coal industry, his failure to acknowledge the full implications of this summer’s bushfires, and his country’s lack of research into key issues such as  heatwaves, it is unsurprising that the crisis has resulted in the deaths of civilians and wildlife, and the devastation of millions of hectares of Australian land. It is now more urgent than ever that our society prioritises facts backed up by rigorous scientific evidence.