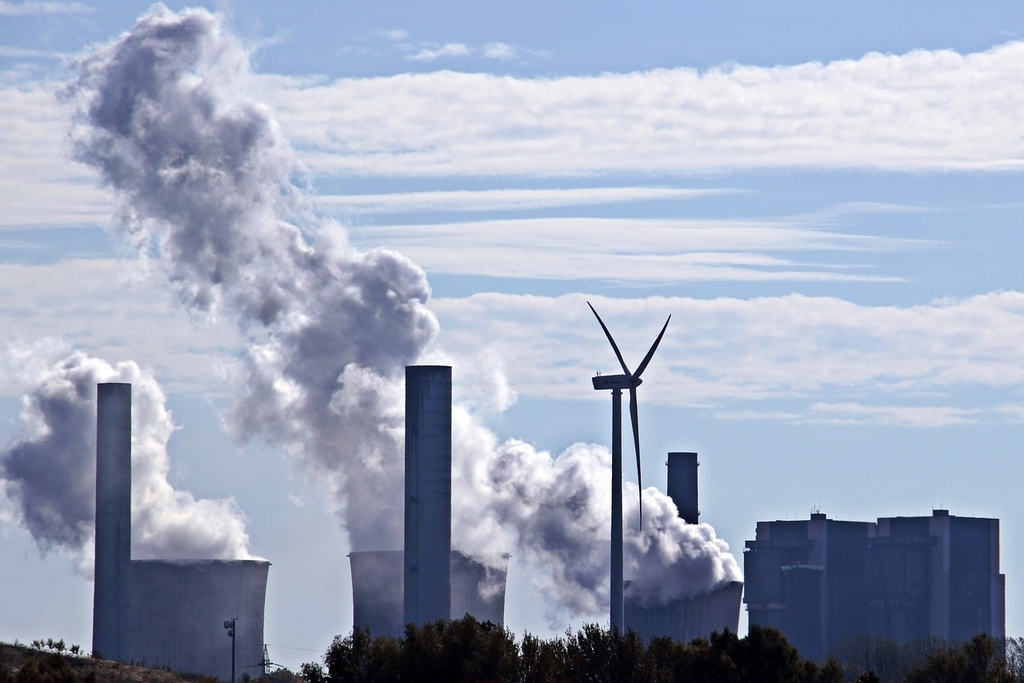 In January, government and regional leaders in Germany agreed on a plan to phase out coal -fired power stations by 2038, a big achievement in the fight to lower carbon emissions. It seems to be a done deal- or is it?

For hard coal plant operators, the law stipulates auctions for taking capacity off the grid until 2026. Afterwards, there will be forced closures depending on the plants’ age and CO2 output. Operators can apply for compensation payments in auctions where the lowest bidders will be awarded. Hard coal plants in southern Germany will be exempt from the first round of auctions as they are considered to be more critical to supply security. Compensation payments for hard coal plants will be capped at 165 000 euros per megawatt in 2020 and then decline gradually.

The coal exit law also involves a compensation plan of 40 billion euros, which will target the coal states. Much of this money will go into new infrastructure projects for coal-dependent areas and retraining workers for new jobs there. Mines and utilities will also get compensation for lost production and there are plans to move government institutions and military installations to the affected regions to create jobs and revenue.

Separate from this fund, operators of heavily polluting coal-fired power plants in western Germany will receive 2.6 billion euros, while 1.75 billion euros will go to those with plants in the east. The move shows how expensive it is to stop burning the dirty fossil fuel and how politically motivated it is.

Coal currently powers about one-third of Germany’s electricity, and more than half of that relies on burning lignite, of which Germany is the world’s largest producer. The end date for burning lignite could be brought forward to 2035, depending on progress made. 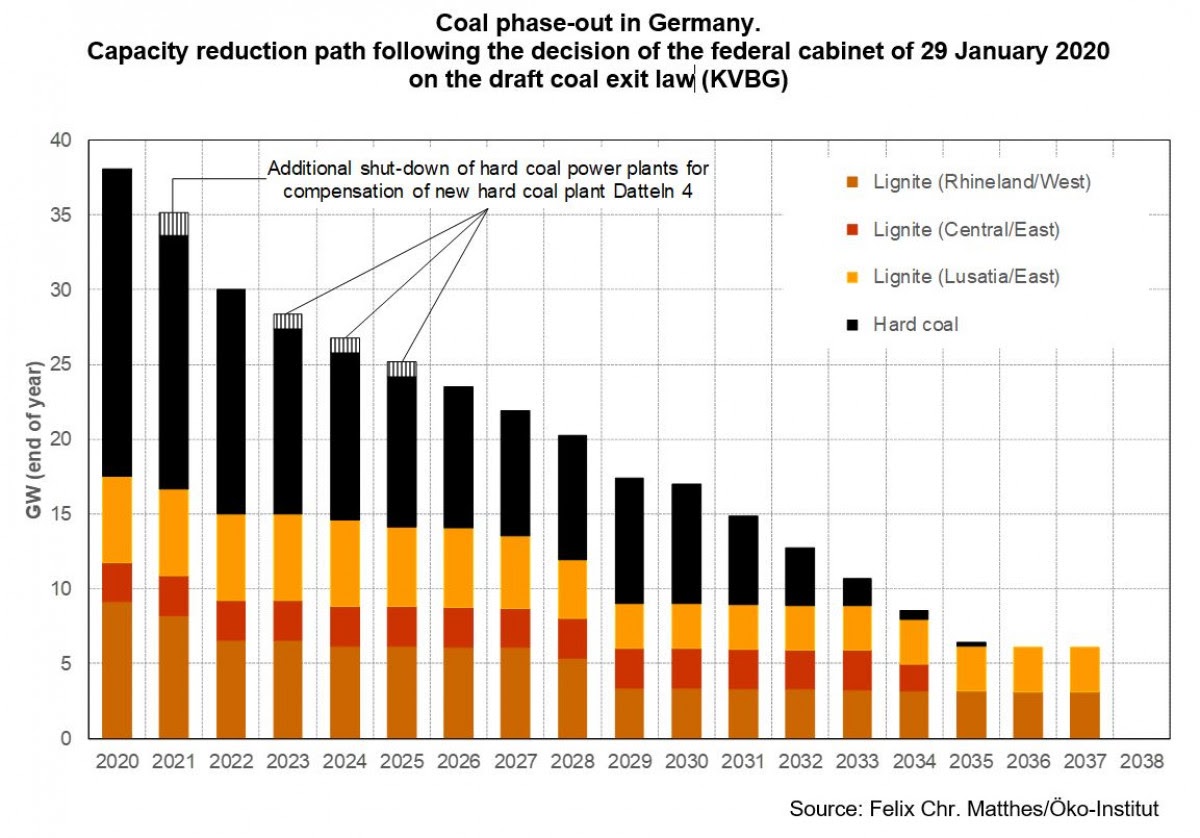 Germany aims to generate at least 65% of its electricity from renewables by 2030.

Wind energy overtook lignite for the first time in 2019, producing 118 TWh, which is also a new record in total electricity production. However, with the number of new turbines falling to unprecedently low levels, Germany has received the worst rating of any wind power market, according to a survey conducted by Wind Energy Hamburg.

Criticisms of the Law

The plan has been met with some criticism. Environmental campaigners criticised the decision, saying that the agreement will see a new coal-fired power plant, Datteln 4- which a report says will alone cause an additional 40 million tonnes of CO2 emissions- go into service later this year and allow for the expansion of the Garzweiler open-cast mine in western Germany.

Hard coal plant operators also object to the law, saying that the proposed compensation is insufficient and will result in thousands of job losses.

According to a report by the German Institute for Economic Research (DIW), Germany must abandon coal by 2030 instead of the proposed 2038 to comply with the Paris Agreement. It also calls for a speed-up of Germany’s renewable energy roll-out, and tightening the country’s current target to lower emissions by 65% by 2030.

According to a survey conducted by EuPD Research, 85% of Germans believe that the country’s coal exit will lead to significantly higher electricity prices, while 75% said that they expect the coal exit to lead to an increase in energy imports from outside Germany.

However, a recent study by energy think tank Agora Energiewende, found that the coal phase-out would have ‘very little’ impact on electricity prices. The study suggested that household customers would pay 0.4 euro cents more per kilowatt-hour in 2030, while energy-intensive industries could see decreased power costs.

How Difficult will the Transition to Renewables Be?

Andreas Schierenbeck, CEO of power company, Uniper, has warned that Germany faces potential power shortages in the next few years as it removes nuclear and coal-fired power plants from the grid. While the company plans to move away from coal (with the exception of the Datteln 4 plant) by shutting down all of its lignite and hard coal plants by 2025 and focus on its natural gas business, Schierenbeck argues that Germany faces blackouts if it does not plan for enough back-up generation from fossil-fuel fired plants even as it shifts to renewable energy, and he proposes that the German government should set up a system to fund and maintain fossil-fuel reserve capacity, similar to the UK.

However, according to the country’s grid agency, BNetzA, this isn’t a concern. It says that power blackouts are increasingly caused by extreme weather events rather by the transition to renewable energies. In fact, a government report last year found that the German electricity supply would remain ‘extremely secure’ by international standards, even as the country simultaneously phases out coal and nuclear power.

The parliament hearing on the coal exit law was scheduled for March 25, however it was postponed due to the COVID-19 pandemic. It is unknown when the hearing has been rescheduled to, but the government aims to pass final legislation on the coal exit in the first half of this year (2020).

Energy industry federation BEE says that parts of the 40 billion euros earmarked for the coal phase-out should be channelled into a green stimulus package to help energy companies during the coronavirus outbreak. The organisation’s head, Simone Peter, calls for ‘at least’ 4.3 billion euros to be put into investment premiums as well as to remove other existing hurdles for wind, solar and bioenergy to stabilise renewable energy companies.

Update July 6 2020: The Bundestag and Bundesrat- Germany’s lower and upper houses of parliament- passed legislation on July 3 to phase out coal use in the country by 2038.

This article is part of an editorial partnership with Impakter.