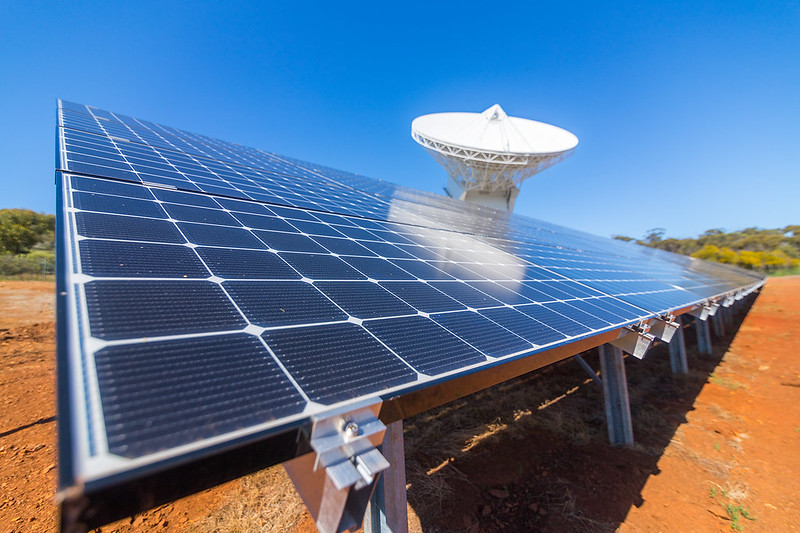 The $20 billion, 10 GW farm will be three times larger than the world’s current biggest solar farm in northern China. Sun Cable, the owner of the project, hopes to begin construction in 2023, start producing energy in 2026, and start exporting by 2027. Feeding into the Northern Territory grid, it will power the entire state, while two-thirds of the energy generated will supply around 20% of Singapore’s electricity.

The project will feature at least two underwater cables, each slightly smaller than a football in diameter The partnership is set to facilitate Singapore’s aim to phase out gas-fired power systems.

You might also like: Solar Power Output Surges in Delhi, One of the Most Polluted Cities in the World

The project is expected to generate 1 500 direct jobs and 10 000 indirect jobs during construction and 350 permanent jobs once in operation. Sun Cable is working on a training and employment opportunities plan and is looking to source parts of the workforce from nearby Indigenous communities and use supplies produced by local communities.

As reported on the Australian Broadcasting Corporation, Sun Cable has selected the Newcastle Waters site for the solar farm project as it meets certain criteria. “It’s on the Adelaide to Darwin rail corridor which is good for logistics given the enormous amount of material we’ll have to transport to the site.” says David Griffin, CEO of Sun Cable. The weather conditions at the site are also good for producing energy as it is south enough to avoid being affected by the wet season, ensuring a “steady solar resource throughout the year.”

Sun Cable also assessed the environmental impact of the solar farm on the land, aligning itself with the Northern Territory’s Environment Protection Authority. Griffin says that they are planning to build in an area of soil that is a bit different to a lot of the black soil found in the country and will closely monitor the impact on the ground by the solar farm.

This solar farm project is one example of how Australia is looking to invest more in renewable energy. As a country that is responsible for 1.4% of the world’s greenhouse gas emissions, which increases to 5% if fossil fuel exports are counted, exporting solar energy can help Australia increase its energy production while reducing its carbon emissions.