Solar Power Output Surges in Delhi, One of the Most Polluted Cities in the World 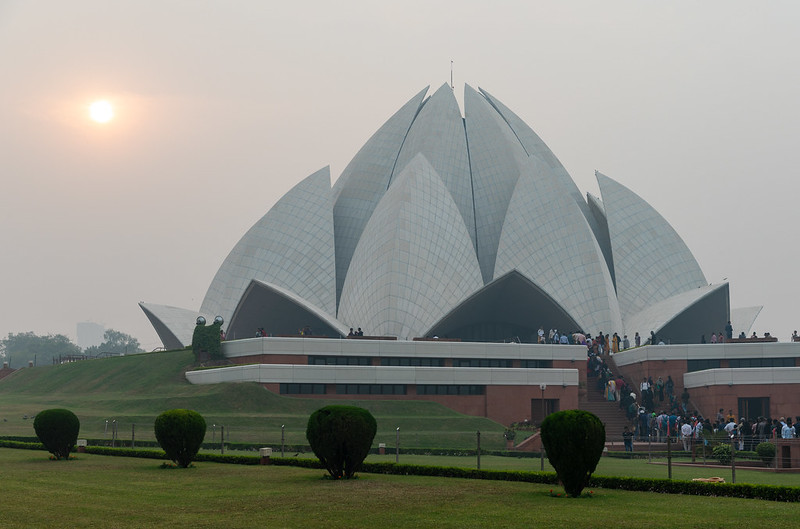 COVID-19-related lockdowns shut down factories and halted travel across the world. Consequently, the expected global electricity use has dropped by 5% this year, according to the Institute of Economic Affairs. Clearer, sunnier skies due to dramatically lower levels of air pollutants as a result of the lockdowns have bolstered solar power generation in many places to record highs, including Delhi, one of the most polluted cities in the world.

A new study measured the impact of the reduction in air pollution on solar power output, using data from Delhi, and found that, during the six weeks of lockdown in India, levels of PM2.5 (particles that are smaller than 2.5 microns) decreased by half, compared to pre-lockdown levels. Meanwhile, the amount of solar energy produced at a solar power facility 10km from the centre of Delhi was, on average, 8.3% higher in March and 5.9% higher in April, compared to pre-lockdown levels.

Atmospheric particulate matter (PM) diminishes solar energy production through direct and indirect radiative forcing, the difference between incoming and outgoing radiation. Much of the atmospheric PM in northern India is a result of not only wind-blown dust particles, but other anthropogenic sources, such as solid biofuel, refuse burning and power generation from fossil fuel combustion. The concentration of PM2.5 in northern India often exceeds the health standards that have been set by the World Health Organization, who recommends an PM2.5 level of 10μg/m3 annually.

Solar panels work most efficiently when receiving direct sunlight. Cleaner air and clearer skies allow sunlight to pass more easily through the atmosphere, leading to the surge in solar power output. Furthermore, solar power production is also impacted by the amount of particulate matter deposited on solar panel surfaces, which reduce the amount of solar energy that is transmitted to photovoltaics. Therefore, the reduction in the levels of PM2.5 reduce the amount of deposition on panels, and consequently, increase production.

This increase in solar power output due to lower pollution in India points towards a larger, global issue called “global dimming,” defined as the decrease in the amount of solar radiation that reaches the surface of the Earth. This occurs due to by-products of fossil fuel combustion reflecting sunlight back into space. This phenomenon has been slowly reversing, starting from around the 1990s due to decreases in airborne pollution, particularly when most governments of developed nations started to take steps to reduce aerosols being released into the atmosphere, leading to a decline in global aerosol levels. This significant decline could be attributed to the Montreal Protocol, an environmental agreement to regulate the production and consumption of ozone depleting substances (ODS), adopted in 1987.  However, the example of Delhi reveals that this phenomenon still has a significant impact, perhaps particularly over developing countries due to having higher levels of pollution.

While India is the world’s second-largest consumer of coal, the COVID-19 lockdown may hint towards an accelerated shift from coal to solar power, as solar power has proved resilient during this crisis due to not being affected by the same supply chain disruptions as fossil fuel plants. Coal-fired power generation bore more than 100% of the power demand loss that arose due to the national lockdown in April.

At the United Nations Action Summit in New York last year, the prime minister of India, Narendra Modi, made a commitment to double India’s renewable target to 450GW by 2030, up from around 87GW installed capacity today, the bulk of which will come from solar panels. The cost of adding solar power stands at around 2.5 rupees per unit of electricity generated, compared to around 4.5 rupees for new coal capacity, according to analysts. Solar energy was even auctioned off at a cheaper price than new coal in late January, 2020.

An analysis by the Institute of Energy Economics and Financial Analysis (IEEFA) discovered that renewable energy generated more than two-thirds of India’s new generating capacity in the fiscal year 2019/20, while new thermal plants run below capacity. This has caused private investors to be reluctant towards investing in Indian coal infrastructure.However, despite these supportive conditions for the renewable industry, coal power plants with more than 62 GW of capacity are still under construction.

India has great potential in the renewable energy sector. Between 2017 and 2020, 19.9 GW of coal capacity were added while 5.6 GW coal plants were retired, leaving a net addition of 13.8 GW, which was considerably lower than the additions of 100 GW between the years of 2011/12 and 2015/16. During the same time period, 29 GW of renewable energy capacity was added. This slowing growth of coal energy in India points towards the growing strength of it’s renewable energy capacity, which is highlighted during this COVID-19 pandemic lockdown which showed a surge  in solar energy output.