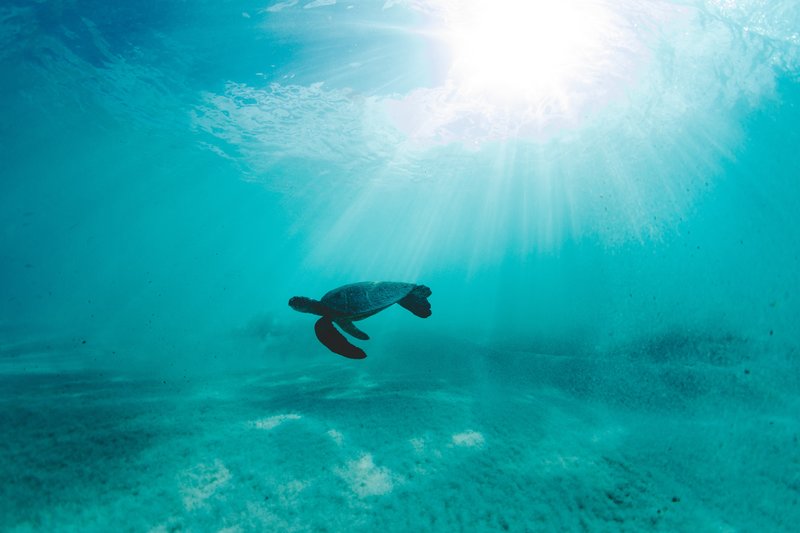 How will the climate crisis affect biodiversity in the deepest depths of the ocean? In a new study published in the journal Nature Climate Change, researchers have found that even under the most optimistic greenhouse gas emissions scenario, the deep ocean will experience accelerated warming in the coming decades, as a result of anthropogenic climate change. This poses a serious threat to biodiversity in these deep ocean ecosystems which many people worldwide depend on for their livelihoods.

There is a preconceived idea that because the surface ocean warms twice as quickly as the deep ocean, defined by this study as deeper than 200 m, the risk to biodiversity is greatly reduced in Earth’s most under-explored habitats. However, a recent international study led by researchers at the University of Queensland challenges this, providing evidence that biodiversity in the deep ocean is more exposed to the climate crisis than previously believed.

Researchers analysed horizontal climate velocities, which measures the rate at which marine species migrate laterally within the ocean, in response to ocean warming, in order to reach more preferable temperatures. Climate velocities were measured at four depth levels within the ocean: the surface (0 – 200 m), mesopelagic (200 – 1000 m), bathypelagic (1000 – 4000 m) and the abyssopelagic (> 4000 m).

Not only did the team discover that the deep ocean experienced faster climate velocities during this time, but they were also able to use climate models to predict that climate velocities will become faster at all ocean depths between 2050 and 2100. Even under RCP 2.6, the most optimistic greenhouse gas emissions pathway whereby carbon emissions will decline by 2020 and drop to zero by 2100, climate velocities are expected to increase, highlighting concerns that the future threats to ocean biodiversity may be unavoidable.

University of Queensland Professor and senior researcher on the study, Anthony Richardson, stresses that “because of the immense size and depth of the ocean, warming already absorbed at the ocean surface will mix into deeper waters.” The implications of this is that “marine life in the deep ocean will face escalating threats from ocean warming until the end of the century, no matter what we do now”.

Climate velocities in the mesopelagic layer are projected to increase by seven times under the emissions pathway RCP 2.6, which is four times the velocity experienced at the surface, and the abyssopelagic layer will see velocities five and a half times faster than those currently seen in the surface ocean. Under RCP 8.5, the highest emissions scenario whereby emissions continue to rise throughout the century, the mesopelagic layer could experience climate velocities over 20 times faster than it currently witnesses due to rising ocean temperatures. Therefore under this scenario marine life will undergo significant spatial redistributions, migrating much more quickly than they currently do, in order to reach more favourable ocean temperatures for their survival.

How does climate change affect the deep sea?

Relatively stable temperatures characterise much of the water below the surface layer and therefore deep sea species have adapted to these conditions leaving them particularly vulnerable to even the slightest shifts in temperature. Professor Jorge García Molinos, co-author for this study, says, “Our results suggest that deep sea biodiversity is likely to be at greater risk because they are adapted to much more stable thermal environments.”

Areas at highest risk of biodiversity threat from the climate crisis can be identified by comparing the magnitude of climate velocity with species richness. Making these comparisons can also highlight areas which could act as potential areas of climate refuge, which could play a key role in marine conservation.

As well as experiencing faster climate velocities, ocean food webs face the additional challenge of having their vertical connectivity threatened by the difference in climate velocity direction, which varies at depth. For instance, whilst the dominant direction in which marine life migrates is poleward in the surface waters, this effect decreases with ocean depth, where climate velocities are in multiple directions. This could present a significant challenge to species which depend on organisms in other layers for survival, which will in turn have repercussions for the entire marine food web.

Isaac Brito-Morales, a PhD student at the University of Queensland, who led the study reveals that “in an interesting twist, not only is climate velocity moving at different speeds at different depths in the ocean, but also in different directions which poses huge challenges to the ways we design protected areas”.

The mesopelagic layer faces the greatest change in climate velocities of all ocean layers. This is concerning since it is home to an abundance of one of the world’s most common vertebrates – small mesopelagic fish from the genus Cyclothone. The role these fish play not only in providing biomass to support tuna and squid fisheries but also in their ability to transfer carbon to deeper layers of the ocean, through respiration and excretion, is of great significance and a role that is at increased and uncertain risk under future warming scenarios.

For the bathypelagic and abyssopelagic ocean layers, as well as faster climate velocities posing a serious threat to biodiversity, the simultaneous decrease in pH and oxygen levels could result in an additional threat for resident species.

Crucially, the challenges faced by the deep ocean demands international cooperation and an interdisciplinary approach. Professor Richardson suggests that in addition to combatting the climate crisis, focus also needs to be put on creating new protected areas at deep ocean depths by controlling seabed mining and deep-sea bottom fishing in order to preserve marine life.

With the deep ocean occupying some of the most remote and uninhabited regions in the world, outwith the limits of national jurisdiction, a recognition of global responsibility is important to effectively conserve these areas and mitigate the effects of the climate crisis on the biodiversity in some of the most mysterious ecosystems on Earth.