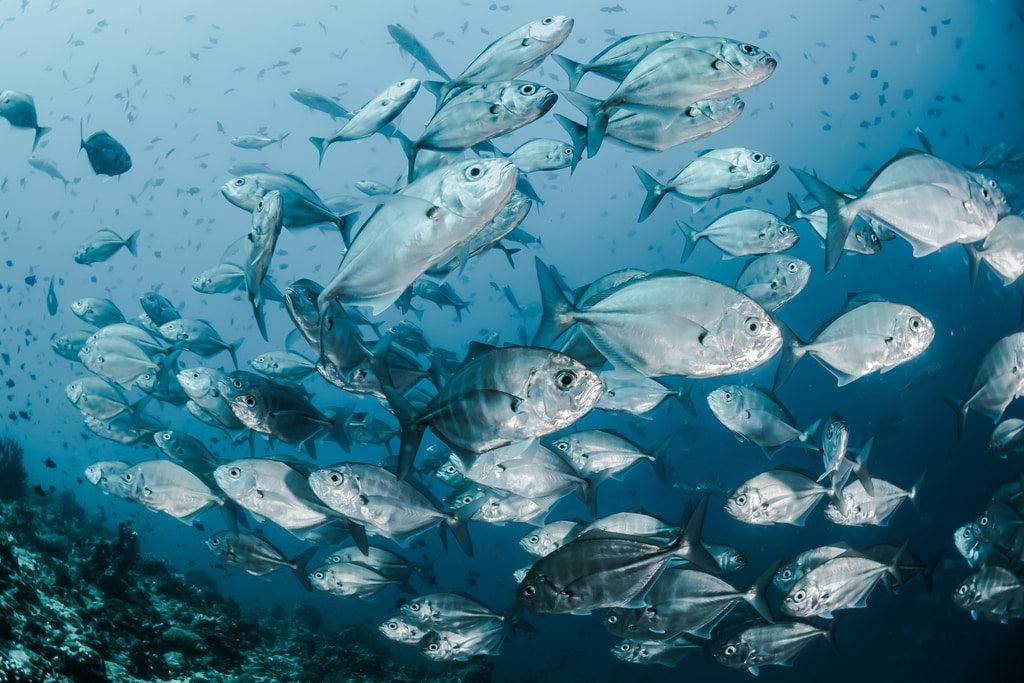 Climate change is doing something unusual to the fish in our oceans: As water temperatures rise, this causes fish to morph in size. Some shrink, but others grow.

How Does Climate Change Affect Fish?

In a new study published in Nature Ecology & Evolution, researchers analyzed data from more than 10 million visual survey records to understand the phenomenon of fish shrinking and growing in size in response to climate change, and to consider the effects on the marine environment and the management of fisheries.

Similar studies have tended to look at species that are commercially fished, mainly because there’s plenty of data on them. This investigation, however, looks at a wide range of fish living in the waters all around Australia.

“We looked at all species,” Asta Audzijonyte, research fellow at Australia’s Institute for Marine and Antarctic Studies and lead author of the study, told Mongabay. “The beauty of this study is that we didn’t choose any species selectively. We looked at 335 species, which were all of the species that we had enough data on, so I had that criterion as some kind of filter.

The researchers were able to gather a large amount of data thanks to a reef monitoring program that has run for three decades, as well as a rigorous citizen science program.

“The citizen science component is the most exciting part,” Audzijonyte said. “About 100 divers … volunteered their time to collect all of this information. There was a standard method to how they do these underwater surveys: they dived and they had a transect of 50 meters [164 feet] … and they recorded all of the species they saw” within this span.

The researchers investigated size in two main ways. First, they looked at fish of the same species living in different locations around Australia, and analyzed how warmer or cooler waters in the species’ natural distribution affected their size. Second, they examined how fish species living in one location would be affected by climate change-induced warming over time. 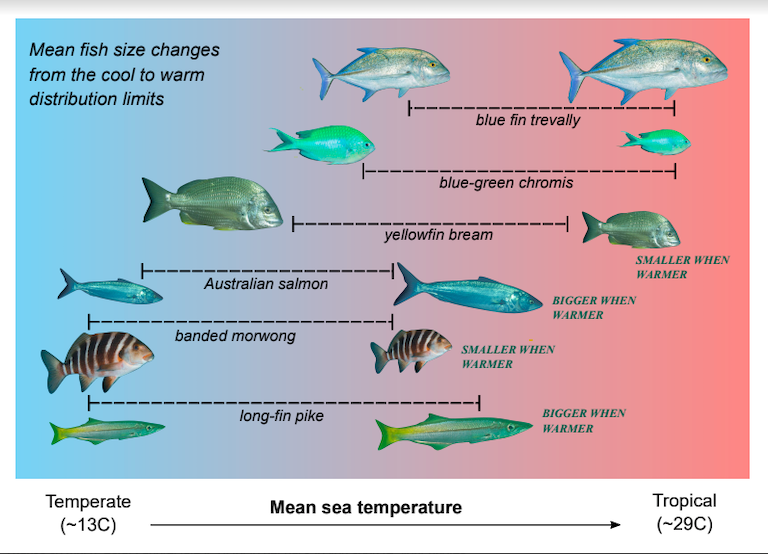 Why Are Fish Shrinking in Sizes?

Changes in temperature through time, in response to climate change, had much stronger impacts on size than changes of temperatures in space, throughout the species’ natural distribution, Audzijonyte said.

“Different populations living (for a long time) at warmer or cooler parts of species natural distribution were about 4% different in body length for each degree of temperature change,” she said. “However, when water temperature changed through time in one place due to global warming, a population experiencing this warming was changing by nearly 20% for 0.5 degree [Celsius, or 0.9° Fahrenheit] of warming, observed over the last two decades.”

To Audzijonyte, one of the most surprising findings was that some fish grew, instead of shrank, in response to warming waters.

“If you looked at my earlier papers, they basically said that we expect species to get smaller with warming because that’s the generally accepted belief, and what we saw from commercially fished species,” she said.

What she and her colleagues ultimately found was that 45% of species grew in response to climate change, while 55% got smaller. Moreover, it was the bigger fish that tended to get bigger, and the smaller fish that usually got smaller.

“One of the reasons this study is important is that it shows the complexity of species’ responses to warming in our oceans,” Nicholas Payne, assistant professor in zoology at Trinity College Dublin’s School of Natural Sciences and co-author of the study, said in a statement. “Much of our understanding of the temperature-size relationship comes from the laboratory; taking our predictions to the wild shows us there is a lot we still need to learn about this hugely important phenomenon.”

The implications for these size changes are not fully understood, but these fluctuations would certainly have an impact on the marine food web, Audzijonyte said.

“As fish get smaller, they’re more vulnerable to predation,” she said. “It means that they will have a higher mortality from predators. All of these sized-based interactions will be changing quite a lot, and we don’t know what that means. We need to study that.”