Can We Rely on Bioplastics to Solve the Planet’s Waste Crisis? 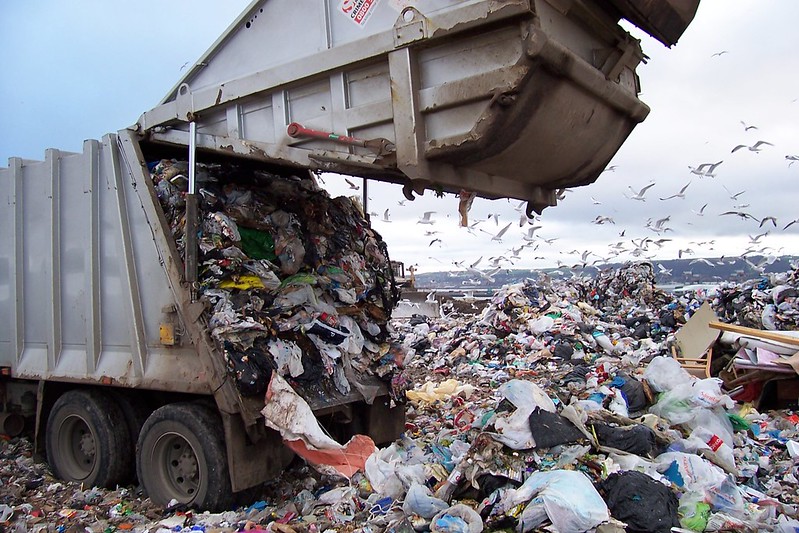 Plastics have become universal, being used for food containers, bottles, bags etc. Over 18 trillion pounds of plastic have been produced to date, and 18 billion pounds of it flows into the ocean annually, making it one of the most pressing environmental issues in the world. Solutions have been introduced such as recycling, decreasing personal use of single-use plastic and, more recently, bioplastics, plastics made up of plants or other biological substances.

Bioplastics are plastics made up of plants or other biological substances rather than traditional plastic’s oil and other natural materials. Bioplastics can be manufactured in two ways; first, they can be produced by removing sugar from corn and sugarcane to eventually be turned into polylactic acids (PLAs); secondly, they can be produced from polyhydroxyalkanoates (PHAs) made from microorganisms.

The use of PHAs has grown exponentially, being used for food products (disposable containers), medical tools such as prostheses and sutures, toys and fashion. With this rise in use of bioplastics, its global market share is $9 billion, but the conventional plastic market share eclipses this at $1.2 trillion.

Large, global companies have started to incorporate bioplastic into their manufacturing. Coca-Cola has introduced their ‘PlantBottle’, made from sugarcane originating from Brazil. These PlantBottles are up to 30% plant-based and the company is aspiring to manufacture packaging that consists of 50% recycled material by 2030. It also aims to continue with its goal of producing bottles that are 100% able to be recycled by 2025. Since 2009 when Coca Cola first inaugurated PlantBottles, its carbon emissions have reduced by more than 315 000 metric tons.

Lavazza is another company who has altered its packaging- its coffee capsules are made from bioplastic. These capsules are compostable and biodegradable.

The environmental benefits of bioplastics include a reduction in fossil fuels as they do not require oil and crude oil to be produced; 8% of the world’s oil is used to make plastic. Moreover, bio-based plastics are seen to decrease greenhouse gas emissions  as plants take in carbon dioxide when they grow.

Additionally, certain bioplastic products can be recycled like traditional petroleum-based plastics. Bioplastics are also 100% biodegradable and are just as resilient and flexible as traditional plastics. In terms of economic benefits, bioplastics have been deemed to be more marketable because advertising a product in line with green goals adds value to it, thereby showing that green products are more marketable.

Furthermore, according to a survey conducted in 2013 by the European Commission, 80% of Europeans would rather buy products with limited negative implications for the environment. Additionally, in London, 33% of consumers are purchasing products from brands they believe are not harming the environment.  PHAs are estimated to offset 10% of Europe’s plastic demands in 10 years.

However, bioplastics is not the be-all, end-all solution to the pollution crisis. Experts argue that the solution is not spending time in producing more effective bioplastics, but rather increasing the amount of plastic that is recycled in the world. A study by the Pew Charitable Trusts and SYSTEMIQ claims that if governments fail to take effective action to reduce the use of single and non-recyclable plastic, yearly movement of plastic into the ocean will triple by 2040.

Further, bioplastics and traditional plastics are difficult to distinguish; if PLAs are mixed with polyethylene terephthalate (PET) plastics during recycling, it will reduce the quality and value of the recycled end product. Though PLAs are compostable, they are fundamentally an acid and will increase the level of acidity in the environment in which it decomposes, altering the pH value of surrounding soil and water.

Moving away from environmental implications, bioplastics are more expensive than traditional plastics. The manufacturing of bioplastics costs 50% more in comparison to the production of conventional PET plastics.

Ultimately, the most effective solution to the plastic pollution crisis lies not only within the increase of bioplastic products, but with the reduction of plastic consumption and the increase of recycling plastic. Simple, everyday ways to decrease plastic consumption include using a reusable shopping bag, limiting the amount of single-use plastic food products you buy, carrying a reusable water bottle and not using plastic straws and cutlery. Additionally, ways to increase the recycling of plastic is to be aware of the products you can or cannot recycle and explicitly search and purchase items with packaging made from already recycled materials.