How Well Does Asia Recycle? 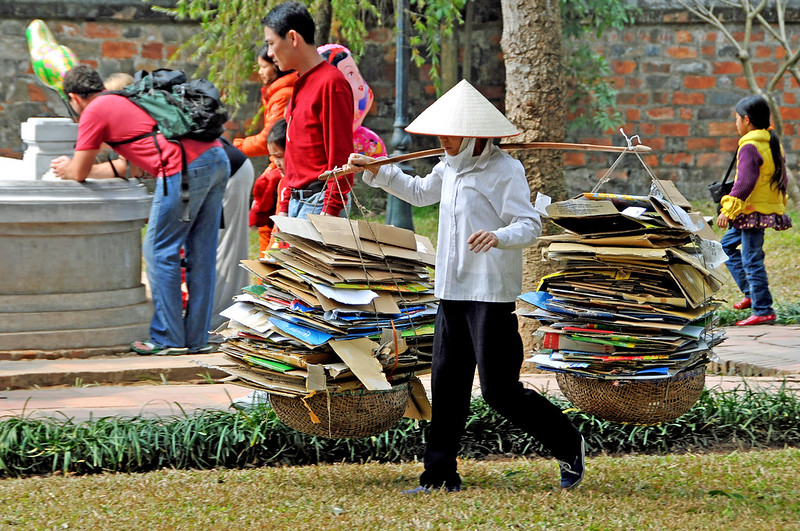 How effective are recycling programmes in East Asia? We crunched the numbers to compare Taiwan, Hong Kong, Singapore and Mainland China’s records on waste and recycling. The results show that Taiwan is ahead of the others, and has valuable lessons to share.

Around the world waste is piling up. The rise of single-use packaging and our ‘throw-away culture’ is having a massive impact on our ability to deal with waste. Last year, over 2 billion tons of waste was generated globally. An estimated 5% of global greenhouse gas emissions are from waste in landfills and open dumps.

Recycling is a key component to stem the tide and eventually achieve zero waste. Further, it is a useful indicator of a country’s attitude to the overall waste issue. As such, it is telling that many high-income, high-consumption nations continue to export their waste abroad. This ‘out of sight out of mind’ approach was challenged at the end of 2017 when China banned the import of waste under the ‘National Sword’ policy. Hong Kong and to a lesser extent Singapore, both high-income states in East Asia, have struggled with this policy as a collapsed global export market has left their poor domestic recycling markets exposed. On the other hand, Taiwan is an importer of recycling waste and was affected by a flood of waste entering the country following China’s ban, with imported plastic and paper more than doubling from 2017 to 2018.

East Asia Pacific produces 23% of the world’s waste, the most of any region. Within East Asia, Hong Kong, Singapore, Taiwan and China generate a combined 223 million tons annually. Of these four countries in East Asia, Taiwan is seen as a world leader in recycling and zero waste with high recycling rates and low waste disposal for their income level. Taiwan’s success with recycling is proof that the rest of East Asia can achieve a low-waste economy through effective policy, infrastructure and education.

From the data above on recycling in the various countries in East Asia, China has the lowest per person waste generation and disposal rates, due to a lower income per capita than the others. China doesn’t provide official statistics for recycling but it has a goal of achieving 35% waste recovery in major cities by 2020. Taiwan has similar disposal rates to China and a much more advanced recycling industry. It has the second best recycling rate, closely following Singapore. Hong Kong lags behind the other areas with high-generation, low overall recovery and very low local recycling capacity.

Taiwan is a recent success story. As recently as 1993, it was called ‘Garbage Island’ as only 70% of waste was collected, while the rest was openly dumped or burnt in pits. Back then ‘Garbage Island’ had a paltry 5% recycling rate, but for the last 10 years, has boasted a recycling rate of above 50%. Similarly, daily disposal rates have improved from 1.14 kg per person in 1998 to 0.4 kg per person in 2013.

The remarkable turnaround was sparked by activists’ protesting to compel the government to stop using harmful incinerators to deal with waste and to instead adopt a zero-waste framework. The drive towards zero waste was achieved in the late 1990s and early 2000s with the implementation of a range of regulations. These policies were centred around a ‘4-in-1’ system of extended producer responsibility (EPR) that holds all stakeholders in the waste lifecycle responsible, from manufacturers to consumers. Additional measures, such as a municipal solid waste (MSW) charging scheme, were implemented to shift consumer behaviour and raise money for recycling infrastructure, collection services and education. In fact, education was a crucial component of the overall framework as communities have been a big part of Taiwan’s success. Recycling has become a ‘ritual’ with rubbish and recycling trucks playing classical music to alert residents and volunteers helping residents sort their waste correctly.

Hong Kong and Singapore on the other hand have sky-high daily disposal rates. Both space-constrained cities face waste crises that are growing out of control. Hong Kong’s landfills are effectively full. Extension of an existing landfill provides capacity until 2030 and the city’s first incinerator is due to be in operation by 2024. Hong Kong only recycles 30% of waste and, due to the limited recycling infrastructure in the city, almost all of this is sent overseas to be processed.

Singapore incinerates almost all waste that is not recovered for recycling which significantly reduces the volume sent to landfill. Despite this, the city’s only landfill will be full by 2035 if current levels of dumping continue. There is hope that the Singaporean government is taking the issue seriously as 2019 was declared a ‘year of zero waste’ to help kick start the waste reduction movement. One positive is that industrial and construction waste recycling is well established in Singapore which results in a high overall recycling rate of 59%, of which 34% is exported. Household recycling is lacking at 17% and is an obvious place for improvement.

Each city has detailed plans to respond to the crisis. Hong Kong’s 2013 Blueprint set ambitious goals to reduce waste by 40% from 2011 levels and increase recycling to 55% by 2022. Key to this blueprint was a focus on certain waste streams and an MSW charging scheme, where users pay to dispose of waste. The Environment Bureau described the MSW charging as ‘one of most forceful tools in waste reduction’. The scheme was first proposed over 15 years ago, in 2004, and after many delays, it was recently scrapped, serving a massive blow to environmental lobbyists. Measures such as education and a focus on certain waste streams, such as waste electronic and electric equipment (WEEE) have led to some improvements, however overall, ambitious goals and blueprints to reduce waste in Hong Kong have so far failed.

Singapore’s Masterplan sets three goals, namely to reduce waste disposed of in landfills by 30% by 2030, increase the overall recycling rate to 70% and extend the lifespan of the Semakau landfill beyond 2035. Much like Hong Kong’s blueprint, the masterplan focuses on food waste, WEEE, and packaging. In fact, Hong Kong and Singapore have similar extended producer responsibility (EPR) schemes. Hong Kong’s, called a producer responsibility scheme (PRS), covers plastic bags, WEEE and glass bottles. Singapore’s is still being implemented but will likely cover WEEE by 2021 and plastic packaging and other waste streams in the following years. Both EPRs could be expanded to include more waste and be more holistic like the Taiwanese ‘4-in-1’ system.

China is the world’s largest waste generator, and waste levels are rising fast as incomes continue to rise. By 2030 it is estimated that the country will produce double the municipal solid waste of the US, the second-largest producer. China’s waste generation per capita is low, due to its status as a lower-middle-income country. Despite this low waste generation, China is still faced with a growing waste problem. Major rivers in China are a significant source of ocean plastic, and landfills are filling up much quicker than expected.

Landfills are major waste disposal methods in China with 56% of waste ending up in them. Incineration is growing and is currently responsible for 39% of disposal. Official recycling rates are not published in China so little is known about how much waste is recycled. Major cities in China are taking the lead in recycling with an initiative to increase recycling to 35% in 46 urban centres. In addition, there are 10 cities that are yet to be confirmed, to pilot China’s ‘zero waste cities’ programme. Shanghai is the first pilot city and now has strict rules on waste sorting and disposal in the hopes of improving its recycling rate which was as low as 10% in 2017.

Taiwan is the clear leader of East Asia when it comes to zero waste and recycling, although the other three countries’ governments are starting to prioritise it. Taiwan’s turnaround from ‘Garbage Island’ shows it can be done. Policies to ensure that all stakeholders work together and are held accountable, investment in collection and recycling facilities, as well as community engagement appear to be crucial to Taiwan’s success. While conditions vary and different solutions may be required at each location, the Taiwanese model is a useful and proven starting point.