Brazil Says No Halt to Amazon Protections, Making a U-Turn On an Earlier Decision 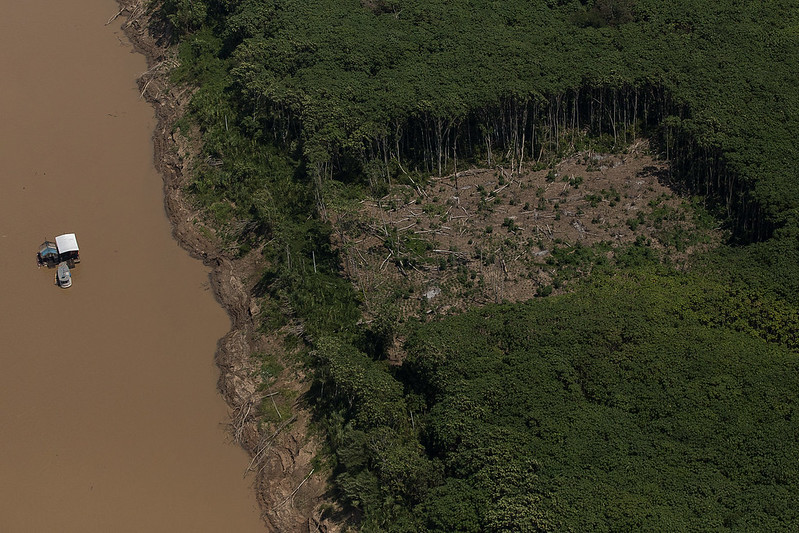 The Ministry of Environment in Brazil has said that it will continue operations to restrict deforestation and fires in the Amazon and other regions. The announcement follows an earlier decision to halt such operations starting on August 31.

The decision was shared on the ministry’s website on August 28 after vice president Hamilton Mourão said Environment Minister Ricardo Salles acted “hastily” when he said the government had run out of money for operations against deforestation.

The ministry had previously said that it had been blocked from accessing over $11 million for environmental protection, which would have demobilised over 1 300 firefighters, hundreds of inspection agents, six helicopters and 10 planes. However, Mourão told reporters that no operations would be stopped despite the ministry’s statement and that Brazil would continue to work to restrict deforestation in the Amazon.

In May, president Jair Bolsonaro put the army in charge of protecting the Amazon rainforest in May, following international demands for action after wildfires in the rainforest skyrocketed recently. However, the operation proved to be a failure, as investigation and prosecution of rainforest destruction by ranchers, farmers and miners ended, even as this year’s burning season increased. Instead, the army seems to be focusing on small road-and-bridge-building projects that allow exporters to flow faster to ports and ease access to protected areas in the forest. There have also been no major raids against illegal activity since Bolsonaro required military approval for them a few months ago.

Deforestation in the Brazilian Amazon

According to data published by the Monitoring of the Andean Amazon Project (MAAP), 516 fires covering 376 416 hectares have been detected between May 28 and August 25. 83% of these fires have burned in recently deforested areas, while 12% have occurred within intact forests. 97% of the fires are illegal. 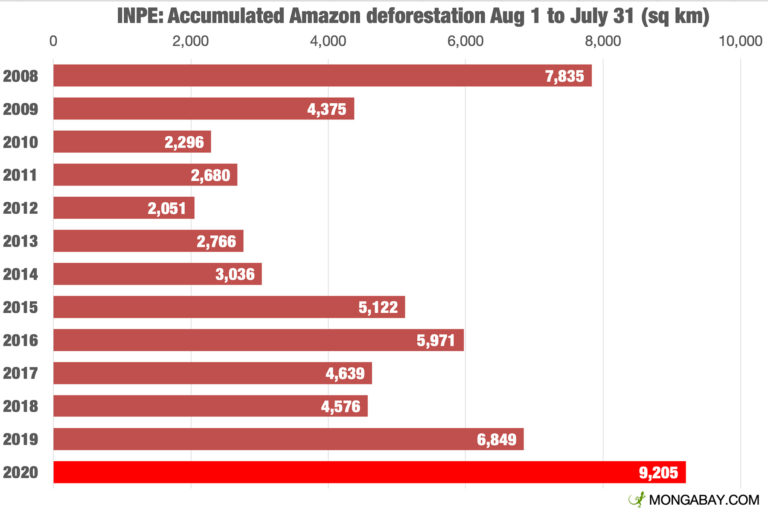 Overall, deforestation in the Amazon has risen sharply since January 2019 when Jair Bolsonaro became president. Bolsonaro promised to open the Amazon to more mining, logging and industrial agriculture. His administration has subsequently relaxed environmental law enforcement and penalties and issued executive orders opening up protected areas and indigenous lands to logging, mining and agribusiness.