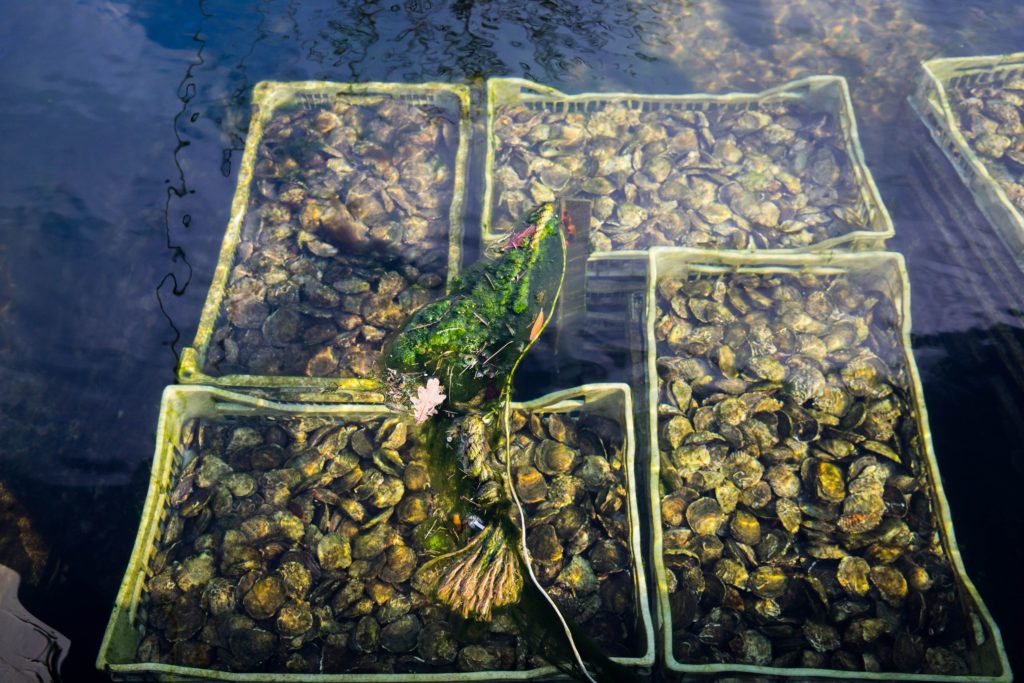 International conservation charity ZSL (Zoological Society of London) along with partners Blue Marine Foundation (BLUE) and British Marine have received an award of over £1 million to boost the native oyster population in Britain, in the biggest project of its kind in the UK.

The funding was raised by players of People’s Postcode Lottery and awarded as part of the Dream Fund, which gives charities the opportunity to bring a dream project to life. It will help the ‘Wild Oysters’ project to recover the native oyster population which will in turn see cleaner water, healthier fisheries and improved and plentiful marine biodiversity in Britain.

Across Britain and the UK, wild native oyster populations have declined by over 95% due to a combination of over-harvesting, habitat loss, pollution and disease. Healthy oyster beds are hugely productive, providing important fish nursery ground habitats and supporting commercially important species such as seabass, bream and edible crabs. Oysters also purify the water in which they grow, removing and storing nitrogen and carbon dioxide from the atmosphere.

Bringing conservation and industry together, the unique partnership between ZSL, BLUE and British Marine will allow oyster nurseries, suspended under marina pontoons, to release the next generation of baby oysters to the seabed. The young oysters, known as spat, will settle across the three oyster reefs created across British Estuaries including the River Conwy (Wales), Firth of Clyde (Scotland) and Tyne and Wear coastal water body (England). The project will work together with local partners to commence the restoration of the 20 000 sq km of oyster reefs that have been lost from around the coastline of Britain.

The oyster nurseries will provide a ‘unique window into the ocean’ which the project’s backers hope will allow them to inspire the next generation to protect and enhance the marine environment. The ‘Wild Oysters’ project will engage thousands of volunteers, from schools, Girlguides and Scouts to University students and local community groups to spread the word about the importance and significance of increasing oyster populations.

ZSL Senior Conservation Programme Manager, Alison Debney said; “It’s wonderful to celebrate this win for oysters- they are the superheroes of our oceans. Despite their small size they’re capable of making huge changes in our marine environment.

“Our dream is to grow a self-sustaining population of native oysters in the UK. This funding awarded by Postcode Dream Trust means we now have the potential to release nine billion native oyster larvae into the ocean, creating oyster nurseries in UK waters, work with local communities to care for our oceans superheroes and connect people and wildlife.

“Thanks to players of People’s Postcode Lottery we hope to see healthy, resilient, coastal waters and make a remarkable difference to the future of wild oysters.”

BLUE’s Senior UK Project Manager, Morven Robertson said; “Our oceans are our lifeline, they are capable of absorbing over a third of our CO2 emissions, but they are in crisis. Marine life populations are continuing to decline at a rapid rate. The incredible support from players of People’s Postcode Lottery marks a turning point for the recovery of UK seas and native oyster restoration. The Wild Oysters project will set a global precedent for the restoration of oysters and will help our ocean to breathe once again.”

British Marine Environment Executive, James Scott- Anderson said; “This incredible funding award will allow the project partners a unique opportunity to bring together marine industry, science & expertise. Together we will implement a game changing solution to benefit and restore the UK seas ecosystem, water quality and biodiversity. Furthermore, the project connects with coastal communities and shares resources and knowledge to build a sustainable future for UK marinas, along with raising awareness of water pollution and the impacts of our actions on the environment for beach users, paddle boarders and anyone swimming in the sea.”

This article comes from the frontline activities of the Zoological Society of London, Blue Marine Foundation and British Marine, whose mission it is to create a world where wildlife thrives, address overfishing and protect the marine environment for the sustainability of the UK leisure, superyacht and small commercial marine industry respectively.

About the Zoological Society of London

The ZSL is an international conservation charity working to create a world where wildlife thrives. From investigating the health threats facing animals to helping people and wildlife live alongside each other, ZSL is committed to bringing wildlife back from the brink of extinction.

The ZSL engages in field conservation work around the world and educates millions of people through its two zoos, ZSL London Zoo and ZSL Whipsnade Zoo.

British Marine is a not for profit trade association for the UK leisure, superyacht and small commercial marine industry. Its members come from a broad range of businesses including boat builders, chandlers, brokers, marinas, passenger boats and engines.

It represents the interests of members and the boating community alike. It aims to deliver water experiences for everyone. The marine environment is a fundamental aspect of this strategy.

About the Blue Marine Foundation

Known as BLUE, this UK registered charity was set up in 2010 by some of the team behind the award-winning documentary film ‘The End of the Line’.

BLUE’s mission is to see 30% of the world’s ocean under effective protection by 2030.