Forests Are a Solution to Climate Change. They’re Also Vulnerable To It 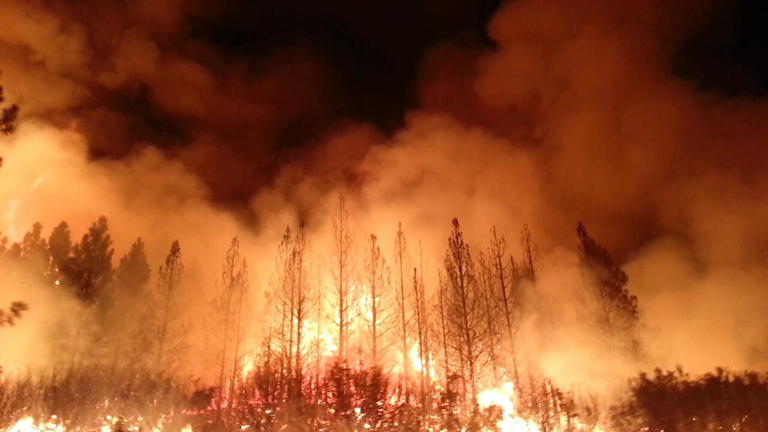 Investing in forests to fight climate change seems like a sure bet. Trees absorb carbon dioxide from the atmosphere, pump out oxygen, and live for decades. What could go wrong? The answer, according to a newly published paper in Science, is: a lot.

Fires, rising temperatures, disease, pests and humans all pose threats to forests, and as climate change escalates, so too do these threats. While forest-based solutions need to play an important role in addressing climate change, the risks to forests from climate change must also be considered.

“Current risks are not carefully considered and accounted for, much less these increased risks that forests are going to face in a warming climate,” William Anderegg, a biologist at the University of Utah and first author of the new paper, told Mongabay.

As societies strive to meet climate goals such as those set by the Paris Agreement — which aims to limit the global temperature rise to “well below” 2° Celsius (3.6° Fahrenheit) by 2100 — interest in planting, protecting, and managing forests (strategies referred to as forest-based natural climate solutions) has grown in recent years. A number of arenas and policies such as the Trillion Tree Campaign, supported by the United Nations, as well as individual companies have also launched tree-planting initiatives.

Up to 30% of global emissions today are pulled out of the atmosphere by land-based plants. But for forests to be good carbon-removal investments, they need to be relatively permanent, meaning that the plants and soil in a forest will absorb carbon and keep it locked away for decades or centuries. What climate change does is exacerbate many of the threats to forest permanence. 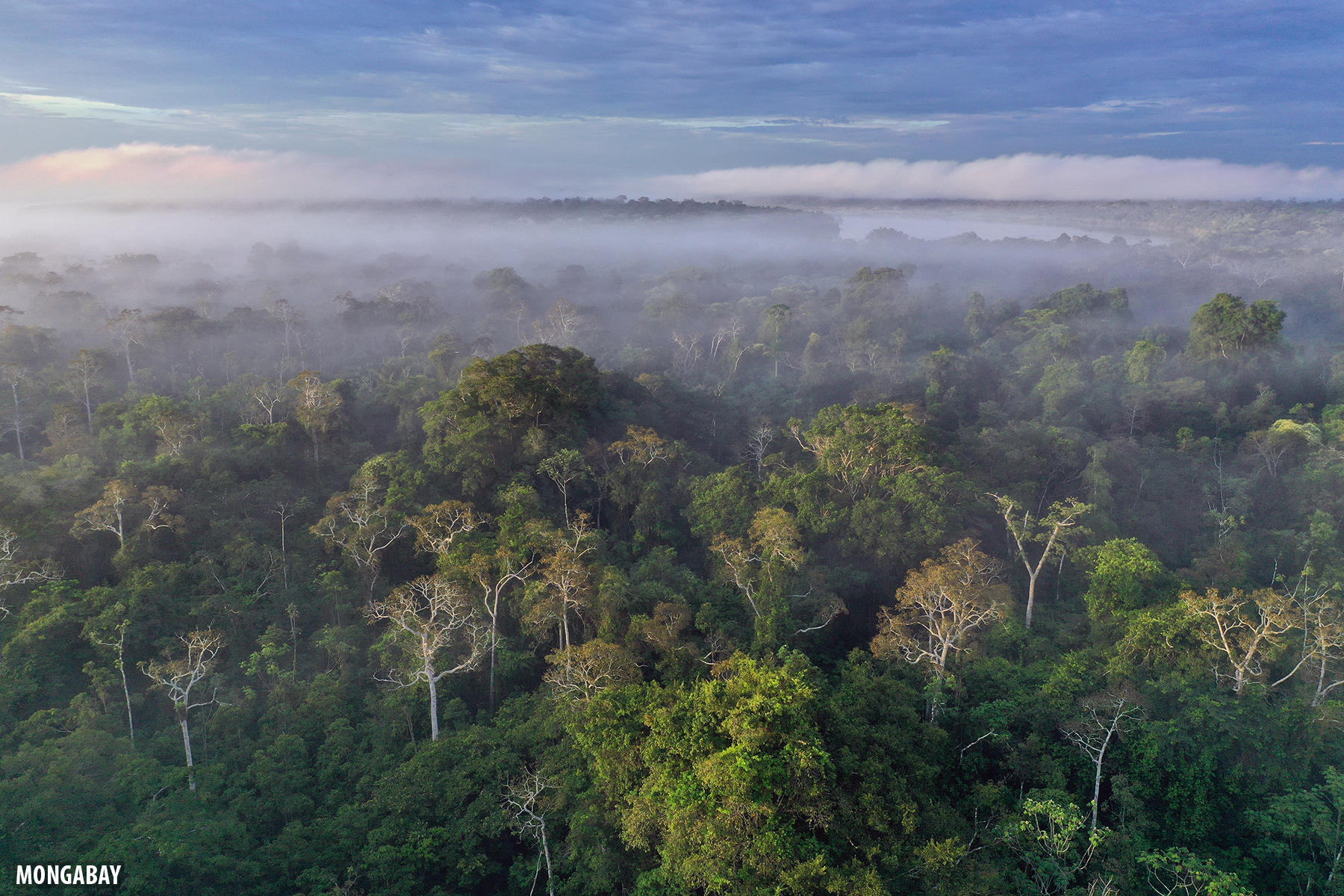 “Avoiding a 2° [Celsius] or 2.5° increase in temperature will be difficult without a very robust natural carbon solution,” Daniel Nepstad, president and founder of the Earth Innovation Institute, who was not involved in the paper, told Mongabay. “The paper helps us put in perspective the realistic expectations of a forest as a climate mitigation approach.”

An estimated 44% of forests are threatened with what is known as a stand replacing disturbance such as a high-intensity fire, hurricane, or disease outbreak that would kill most or all of the mature trees in the stand. The combined effects of multiple disturbances such as both drought and disease or drought and fire also hasten forest destruction.

“Climate change is going to supercharge the risks that forests face,” Anderegg said. “We’re going to see more fires, more droughts and more pests and pathogens in a warming climate.”

The recent fires in Australia and in the Amazon served as a global wake-up call about the increasing threat of fire on a warming planet and the impermanence of forests. Fire causes an estimated 12% of stand replacing disturbances to forests worldwide, and is a particular threat in Mediterranean climates, boreal forests, Australia, and the Western U.S. In the U.S., fire risk has already doubled over the past 30 years.

Droughts also threaten forests globally. A drought in California between 2011 and 2015 killed an estimated 140 million trees and caused the state’s ecosystem to be a net source of carbon rather than a sink. The disturbance accounted for 10% of the state’s greenhouse gas emissions from that time period.

Biotic agents such as insects and plant diseases also present a huge challenge to forests and forest management. The mountain pine beetle (Dendroctonus ponderosae), for example, is responsible for the deaths of billions of trees in temperate and boreal coniferous forests. At this point, science does not have a good way of predicting where, when, and to what extent these threats will present.

Anderegg and a group of global experts gathered in 2019 to talk about natural climate solutions. Here, they asked: How can we assess the risks to forest permanence? What can science contribute to be sure forest-based solutions are good investments for the climate? And how can we get that information to land managers and policymakers?

The newly published paper in Science was one of the outcomes of that meeting. In it, the authors provide a road map for assessing risks to forest permanence. Forest plot data, remote sensing, and mechanistic vegetation modeling are highlighted as some of the best scientific tools available.

However, because much of the forest plot data is collected in temperate forests, tropical forests have large gaps in data and monitoring. Also, many of these cutting-edge tools and techniques are not widely used outside of the scientific community, meaning policy decisions sometimes rely on science that is decades old.

The authors urge policymakers to be sure forest-based, natural climate solutions are done with the best available science. Likewise, scientists are urged to improve tools for sharing information across different groups outside of science.

Publicly available, easily usable and open-source tools to connect decision and policymakers to science and data are a priority, and something Anderegg and colleagues are currently working to create. The hope is that these tools will inform local decision-making based on current scientific understanding.

Beyond assessing risks to forests, the authors stress the importance of investing in forests in both an ecologically and socially responsible way.

“Planting native tree species and perhaps a diversity of tree species, involving local communities, and respecting indigenous communities and their rights in these forestry efforts are some of the ways to do this,” Anderegg said.

Another key point is to be mindful of how and where forests are planted. Across the high latitudes in Canada or Russia, for instance, the reflective nature of the snow cools the planet. So planting trees in these areas and covering the snow would actually tend to heat up the planet.

Finally, programs that offset carbon emissions by creating and protecting forests, while critical, should not distract from the simultaneously urgent matter of reducing fossil fuel emissions.

“There has been a tendency over the years, and it resurges every now and then, to put too much faith in forests or tree planting as a climate change solution,” Nepstad said. “First and foremost, we have to decarbonize the economy and move beyond fossil fuels, and that message has come through in this paper.”

“Keep in mind that there are lots of other reasons that we want to protect, conserve and perhaps restore forests,” Anderegg said, “such as biodiversity benefits, clean air, clean water, ecosystem services and tourism…Forests are about more than carbon.”