This Year’s Bushfire Season in Australia Has Arrived Early, as Fraser Island Burns 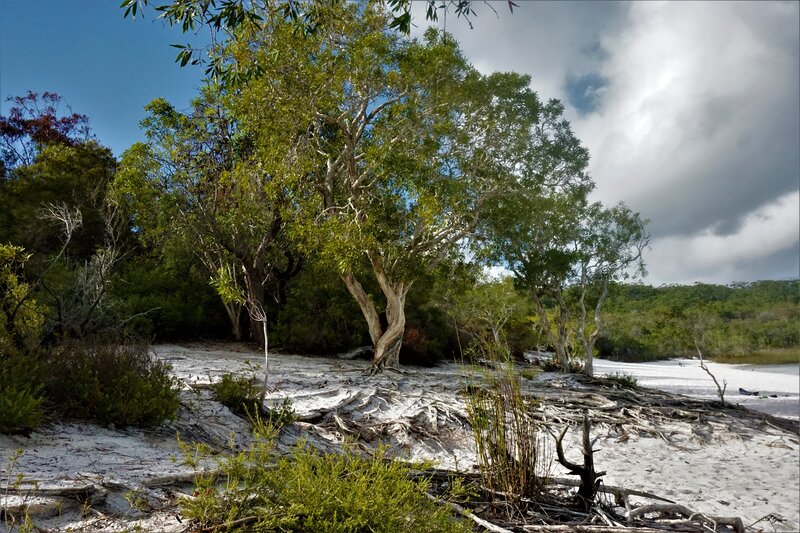 The 2020 bushfire season in Australia has started early- authorities are struggling to contain bushfires on Fraser Island in Queensland that have already burnt through half of the world’s largest sand island. The fires have raged for seven weeks and threaten the unique ecosystem on the UNESCO World Heritage-listed island, including the Valley of the Giants, a lush rainforest with 1 200 year old trees. Residents have been urged to evacuate the region.

The fire started in mid-October from an illegal campfire and has so far burnt through 83 000 hectares on the island, which is located 250km north of Brisbane near the Great Barrier Reef marine park. Experts warn that the fires are unusual in their scale, intensity and timing. They are burning at the start of the summer during a La Niña weather event, which tends to be associated with increased rainfall on Australia’s east coast.

According to David Bowman, professor of fire ecology at the University of Tasmania, the La Niña weather pattern was not developing as normal because rainfall has been localised, episodic and flipping between extreme heatwaves that dry out the environment and leave it susceptible to fires. He adds that past weather events are now no longer a reliable index for the present.

Fraser’s unique ecology puts it particularly at risk; it is the only place in the world where wet rainforest grows on sand and if fire gets into these areas, it could have a devastating impact on ecosystems on the island.

There are fears that the early fires could indicate the onset of another devastating bushfire season as Australia is still recovering from last year’s “Black Summer” fires, which killed at least 34 people and at least 3 billion animals and burned through 186 000 sq km.

The country experienced its hottest November on record this year. Last week, temperatures in New South Wales and South Australia rose to blistering highs of 46 and 48 degrees Celsius respectively, while Queensland is also experiencing scorching weather. High temperatures in Australia and rough terrain have complicated efforts by firefighters to contain the bushfires on Fraser Island. Aircraft have dumped more than 1.8m litres of water and fire retardant gel on the flames this week.

Authorities have been criticised for not reacting quickly enough to contain the fire and there are concerns that it will spread to rainforest areas, which could suffer long-term damage. Matthew Bulow, chief superintendent of Queensland Fire and Emergency Services, told the Financial Times that the fires could burn for another week or two before enough rain is forecast to douse the fires.

What to Expect Next Year?

Wetter conditions brought on by La Niña mean there will be “normal fire potential” as opposed to last year’s increased level. The Bushfire and Natural Hazard Co-operative Research Centre says that there will be more “grass fires” this season as opposed to bushfires, in southern states like Victoria and New South Wales.

Bowman says, “We need to understand this is an existential threat to the Australian way of life. Unless we get our act together we will just get burnt out.”