Can Environmental Labels Be Effective Tools in Food Sustainability and Fight Climate Change? 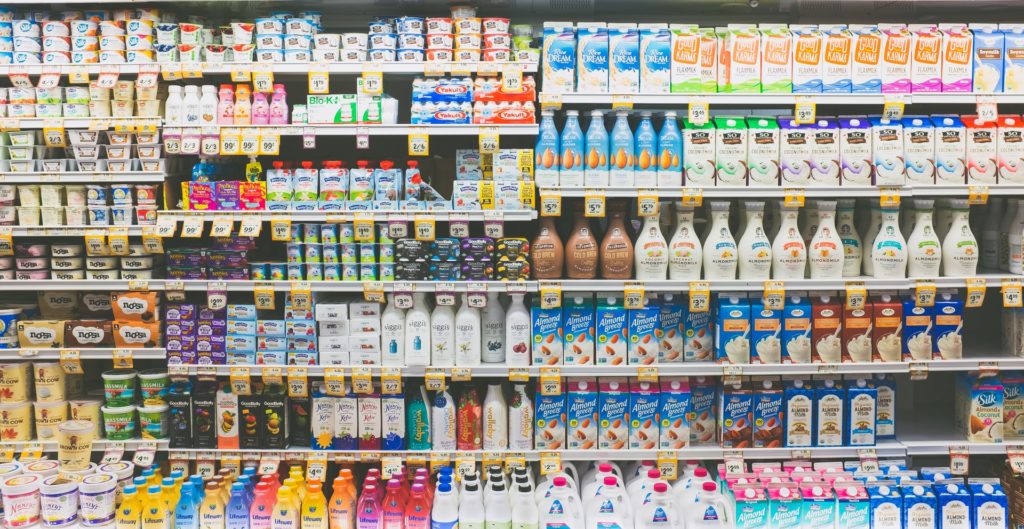 Several projects of food producers, retailers and researchers, as well as initiatives at the political level have been fuelling the discussion centered around environmental labels. Consumers demand more transparency about the ecological impact of food, and environmental scores might be a powerful tool to improve food sustainability.

Recently, different projects have been launched surrounding climate scores on products that might go beyond voluntary ecolabelling. The focus lies on displaying the environmental impact of a single product, such as printing its carbon and water footprint (score) directly on the product. At the EU level, a project launch was announced at the end of June initiated by the non-profit organisation Foundation Earth, which saw them joining forces with large food producers such as Nestlé and Tyson foods and with retailers such as British M&S and Sainsbury. The target is to establish an EU-wide score to label the environmental impact of a large number of food products. In France, following the Nutri-Score, an Eco-Score has been introduced at the beginning of this year. Retailers, such as the German international discount retail chain Lidl and the French supermarket Carrefour are about to launch the Eco-Score on their products and website, respectively. Furthermore, food and consumer giant Unilever just announced they’ll be introducing carbon footprint labels on its products. At the political level, the European Commission recently registered a European Citizens’ Initiative demanding a “European eco-score” to inform consumers about the ecological impact of different products.

Similar to the Nutri-Score, the Eco-Score shows a colour-coded rating displayed as letters A to G.

Several studies have shown that the global food system is responsible for one third of all anthropogenic greenhouse gas emissions and, thus, emits more than the whole global transport system, including overland transport, aviation and ships. Besides direct carbon emissions, the food system is causing environmental destruction through land-use change, depletion of freshwater resources and the pollution of aquatic and terrestrial ecosystems. A recent study further shows that industrial fishing practices, such as bottom trawling emit one gigaton of carbon emissions a year, more than what the whole aviation sector releases. Due to population growth, this number is very likely to increase significantly in the next few decades.

In light of these findings, environmental action must be taken within the food industry. The above-described pilot projects and political initiative represent an important step into more climate friendly food production.

Diet Change Can Be an Effective Tool for Food Sustainability

A dietary change towards a more plant-based diet can be an effective tool to engage in environmental protection. A study by Oxford researchers Poore and Nemecek show how a dietary change to a plant-based diet is the most effective mitigation tool on the individual level as it can reduce food-related greenhouse gas emissions up to 49% compared to a diet with animal products. If we look at the carbon emissions of different products, the differences between animal and plant-based products are striking. An online CO2-footprint calculator shows that the production of one of the most carbon-intensive foods, veal cutlet, of which 200g account for 11’120 g of CO2eq, causes up to 50 times more carbon dioxide emissions than, for example, 200 g of seitan, an alternative meat product made out of wheat protein.

An environmental score should help in increasing the awareness of customers. Studies have shown that many consumers do not know which products have the most considerable environmental impact. For example, they would focus too much on plastic packaging and overestimate the impact of transportation emissions. An environmental label thus needs to be easily understood and display the carbon footprint transparently as climate change represents the biggest threat to the environment today. Further, it is important that the score is certified by a credible and trustful authority. Still, the question remains open if a score will lead to actual behaviour change of the consumers. In 2011, British food retailer Tesco attempted to show a CO2 label on their products but gave up after the customers shopping habits did not change. However, there might be hope as in the last decade the climate awareness has steadily increased. Furthermore, the recent projects by food producers and retailers are said to reflect a consumer demand – the consumers who are concerned about climate change.

While consumer choice will play an important role in the score’s effectiveness, it should also help producers decrease the environmental impacts of their production. The aforementioned Oxford study showed that a large difference in carbon emissions could be found across the production of the same product. Thus, it is important that the producers set emission reduction targets.

The methodology used to calculate the carbon scores helps. The emissions are measured through life cycle assessments (LCA). An LCA is a quantitative analysis of the carbon emissions along the whole production chain, i.e., the product’s life cycle. Usually, a product’s life cycle consists of six phases: agricultural production, transport and distribution, further processing, use (consumption) and the disposal of the packaging and any leftovers of the product. By identifying the most carbon-intensive production phase, the producer can efficiently introduce more environmentally-friendly ways of production and energy sources.

An informed consumer-decision could be enabled with a standardised labelling.

A Standardised Approach to Food Sustainability is Needed

While the increased interest in environmental labels is a positive trend for the environment, a standardised approach would be the most beneficial to reach environmental goals. A standardised, compulsory and region-wide label would have a much bigger effect as it would be widely known and recognised. This enables consumers the accessibility to compare across different products. Clearly, the calculations of all food products are an enormous task and would need to be done gradually, starting with average values, which then can be computed more precisely. As from a scientific perspective, the calculations are possible and various LCA databases already exist, what we need now are more action on the political level.