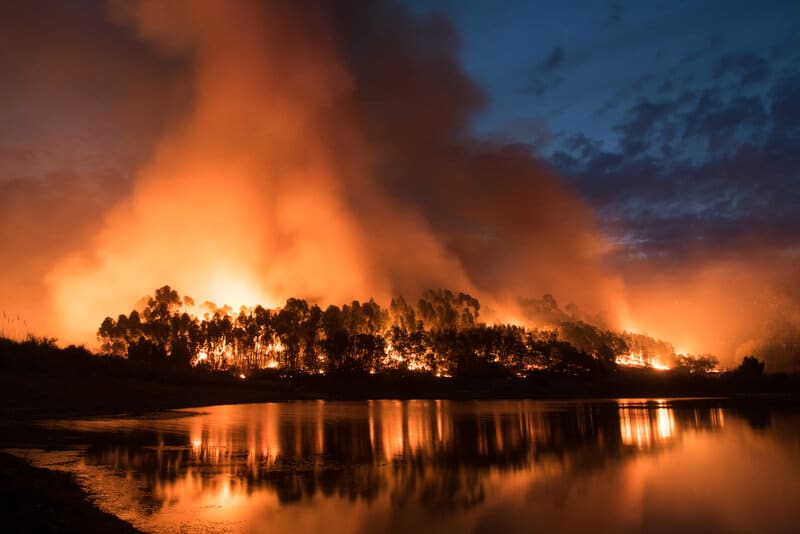 Canada continues to battle more than 180 wildfires across the province of British Columbia amid an intense heatwave sweeping the country that has left hundreds of fatalities in its wake.

A few days earlier, the small town of Lytton in British Columbia experienced record high temperatures in Canada soaring up to 49.6 degree Celsius, and a wildfire left 90% of the town destroyed. 62 new fires have been recorded in the past 24 hours.

There’s been two confirmed fatalities, while over thousands of residents have been forced to flee and have been left without homes. Ongoing investigations suspect the Lytton fire might have been caused by humans.

Health officials have reported over 700 sudden deaths across the Western province during the heatwave and it is believed that the extreme heat and abnormally high temperatures have contributed to the increased number of fatalities. This includes the forced closure of major roads due to fires preventing access to help and vulnerable citizens unused to dealing with unprecedented high temperatures.

Amid the heatwave, Canada also experienced another record high number of 710,000 lightning strikes within a 15-hour period, which is ten times more than what was recorded during the same time last year. The lightning strikes have played a significant role in the increase of forest fires in the nation’s Western province.

The Canada heatwave and record temperatures have also enveloped neighbouring provinces including Alberta and Northwest Territories. Likewise, parts of the US including states like Washington and Oregon have been battling with a similar heatwave with temperatures hitting well over 38C. More than 100 heat-related deaths have been reported.

Marine Animals Could Be The Biggest Victims of the Heatwave

A marine biologist from the University of British Columbia has estimated that more than 1 billion marine animals that live along the Salish Sea coastline could die as a direct result from the Canada heatwave.

When temperatures rises up around 30C in Vancouver, temperatures along the shorelines are estimated go above 50C.  Coastline marine animals such as mussels, clams, starfish and other invertebrates are significantly impacted by the recent heatwave as many of these animals tend to remain along the shorelines during low tides, leaving them exposed under the heat for hours.

The estimated significant loss of marine animals in such a short period of time, particularly mussels and clams, could also affect sea water quality in the area as they help filter out pollutants and micro-plastics in the waters.

Record-Setting Temperatures Around the World

The US has experienced some of the worst wildfires in recent years, including ones in California in 2020 that scorched almost five million acres of land and killed at least 35 people. Meanwhile, countries like Siberia experienced temperatures up to 30 ℃ in June 2020 – a rarity in the Russian towns.

Climate change has been linked to the increasing frequency and intensity of heat waves the world has experienced in recent years, and it is expected to become a more common weather event.