Capitalism and Climate Change: A Centrist Pragmatism Capable of Solving the Climate Crisis 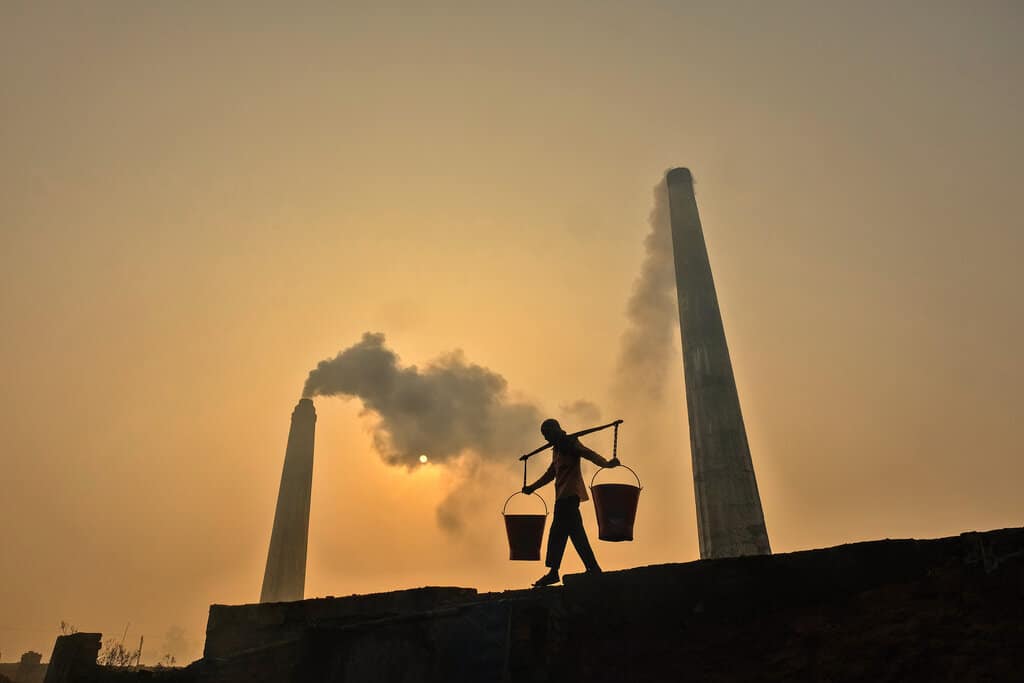 Capitalism and climate change are deeply intertwined; critics blame capitalism for global warming while others believe we need the economic system to the solve it. But political ideologies on the right and left are both ill-equipped to guide the political resolve to tackle the worsening climate crisis unfolding across the globe. This essay proposes a ‘third-way’ or a centrist pragmatism that combines the best use cases of government intervention with the innovative might of market forces to transition the global economic system to a sustainable and renewable future.

The conventional debate around the root causes and solutions to the worsening climate crisis follows a classic left-right divide. On one hand, the left-leaning camp holds that capitalism and its unregulated rise over the decades are fully responsible for the unchecked greed that got us here and that in order to save our planet, capitalism must be completely undone and replaced. On the other hand, the right-leaning camp believes that market forces alone can create the right incentives and mobilise the necessary resources to achieve rapid and deep cuts to global carbon emissions. Further along the spectrum still, a more radically conservative approach believes that we can continue business as usual and that the market will correct course as it has done in the past.

Both camps suffer from a multitude of shortcomings, including short-termism and selfish dogmatism. If we were to adopt the socialist course of action to dissolve capitalism and rebuild a new economic system from scratch focused on the climate, there wouldn’t be any time left to actually put in place measures to drastically curtail global warming. Similarly, business leaders need to recognise that government and corporations can and must work together to create the necessary incentives and markets to protect our planet from climate disaster, and acknowledge that a business-as-usual scenario risks taking us over the edge of the cliff. The stark reality is that global warming doesn’t abide by traditional political lines and any combination of mitigating factors will not fall neatly into any ideological bucket.

Although the worst effects of climate change will manifest themselves on civil society in the form of catastrophic habitat destruction and mass migration, the root cause of the crisis is a practical one and not ideological. We simply have to take urgent action to radically cut our carbon emissions and transition completely to a low carbon economy built on renewable sources of energy and production. This essay, therefore, calls for a more pragmatic ‘third way’ to how we tackle the climate crisis, one that rejects traditional left-right ideologies. Akin to the third way political stance that became popular in the late 1990s amongst world leaders such as Tony Blair and Bill Clinton that attempted to reconcile centre-left social policy with centre-right economic policy, today’s climate woes call for a centrist pragmatism that combines the best use cases of government intervention and the innovative might of market forces.

For further discussion on capitalism and climate change: you might also like: Degrowth: A Socially and Ecologically Just Economic Alternative?

Even as we shift to more renewable sources of energy, new technologies might not be enough to compete with the dominance of fossil fuels. State intervention will play a crucial role in subsidising nascent new environmentally sustainable technologies that will be economically unviable at first, but at scale will make the difference in removing tens of billions of tons of emissions from the atmosphere this century. Similarly, governments around the world have been attempting to impose a carbon tax, a price that emitters will have to pay for every ton of carbon equivalent they release into the atmosphere, forcing businesses and consumers to switch to new technologies that are less carbon-intensive. These kinds of policies will be instrumental in driving large scale shifts to less carbon-intensive activities and can only be implemented by a large and effective public sector.

Nowhere is this more apparent than in the exponential growth of the renewable energy sector since the 1980s. In 2010, solar and wind combined made up only 1.7% of global electricity generation. By 2020, it had climbed to 8.7% – far higher than what had previously been predicted by mainstream energy models. Government support is widely credited for this growth and provided essential support in the form of tax credits, subsidies and competitive auctions for government mandates, all of which helped to reduce costs and accelerate deployment. Radicals on the right would therefore be remiss to discount the influence of an effective government’s role in stimulating the development of climate solutions.

According to the latest IPCC report, we are still far off from limiting global temperature rise below 2C, let alone 1.5C, a target that was set in 2015 in the Paris Agreement and was consolidated again at the recent COP26 UN climate summit. Given these daunting delays, it’s more important than ever for the forces of innovation, entrepreneurship and private investments to build and scale the technology solutions that can get us to where we need to be. During the month of April 2022 alone, over USD$2 billion were committed to startups in the carbon removal space, a technology that removes CO2 directly from the atmosphere and stores it where it can’t re-enter the atmosphere for thousands of years. A crop of entrepreneurs from around the world is building the companies needed to get us to net zero and then negative emissions globally, and attracting private market investors to make their vision a reality. Earlier this year, Stripe, McKinsey, Meta and Alphabet have joined forces to invest close to one billion dollars into carbon removal startups over the coming years in an effort to drastically reduce costs of development and bring the market forward. As climate venture capitalist Tom Rand states, we cannot possibly transition off fossil fuels without the financial might and entrepreneurial talent market forces alone can unlock.

Proponents on both sides of the political divide have their part to play in helping humanity mitigate the risks of future climatic disasters. But whether the prevailing system of capitalism is to blame for the situation we find ourselves in is counterproductive and ultimately irrelevant given that the fire is already blazing. Individually, both sides are remarkably ill-equipped to build the solutions to the climate crisis but combining forces and ideas to form a centrist pragmatism, ambitious government policies and innovative market forces will give us a chance. As new technologies grow in popularity, expand their support from government and attract private investments, it becomes easier still to leverage further policy support and finance to achieve exponential growth. These are the dynamics that centrist pragmatism can achieve by bridging the political divide and creating an updated capitalism that will create a clean and sustainable environment for generations to come.