What is a Carbon Tax? 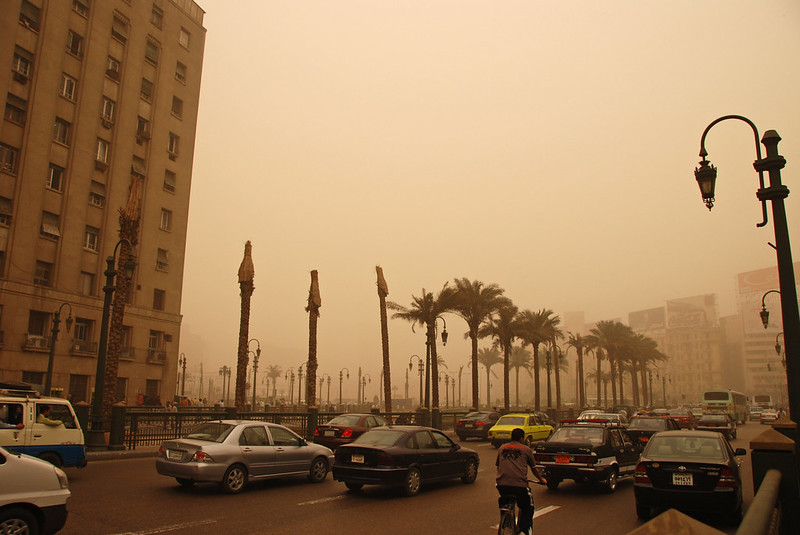 One of the most effective, efficient, and simplest ways to reduce carbon emissions and curb climate change is through putting a price on carbon, known as a carbon tax. Imposed by a government, a carbon tax is a per-ton tax on the carbon emissions produced by burning fossil fuels or other pollutants. By putting a direct price on greenhouse gas emissions, carbon-intensive activities and products become more expensive, and so people, businesses and governments are incentivised to lower emissions through cleaner fuels.

Presently, the corporations who financially benefit from the burning of fossil fuels do not pay for the environmental damage they cause. Instead, the cost is put on the shoulders of future generations, particularly those in developing countries already suffering from the consequences of rising sea levels, shifting rainfall patterns and elevated temperatures. Imposing a carbon tax can help to correct this externality by raising the price of energy consumption to reflect its social cost.

As one of the first countries in the world to impose a carbon tax, Sweden is a leader in the carbon taxation sphere. In 1991 the country introduced a carbon tax on transport fuels at $26 per ton of CO2, steadily increasing to today’s rate of $126 – the highest in the world. It currently covers approximately 40% of Sweden’s greenhouse gases emitted due to the numerous exemptions for the industrial sector, as well as the mining, agricultural and forestry sectors. The result? The carbon tax has been credited with being an environmental and economic success. Since the tax was introduced, CO2 emissions from transport declined almost 11% in an average year, with 6% being from the carbon tax alone. Similarly, in the electricity, gas and heat sector, greenhouse gas emissions were 31% lower in the first quarter of 2020, compared with the same period in 2019; this can be attributed to the substitution of fossil fuels for biofuels. Overall, the Swedish carbon tax shows that it is possible to reduce emissions while maintaining economic growth; between 1990 and 2017, GDP increased by 78%, while domestic greenhouse gas emissions decreased by 26%. 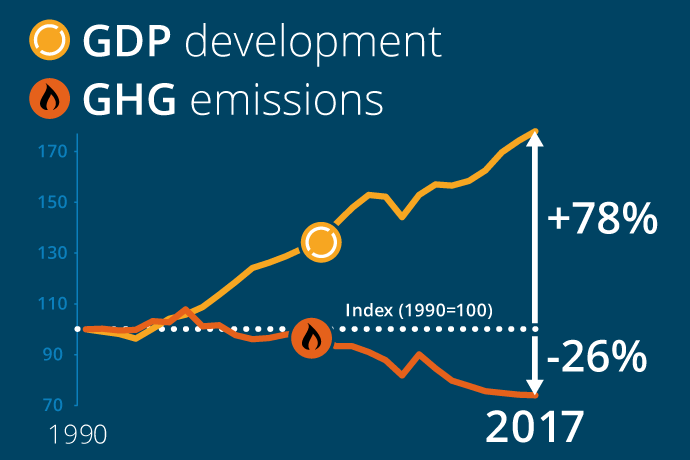 A graph illustrating the decline of Sweden’s GHG emissions, and rise of their GDP. Image: Government Offices of Sweden

In 2019, a group of economists, including 27 Nobel Laureate Economists, released a public statement in The Wall Street Journal calling for the immediate implementation of a carbon tax. They described it as “the most cost-effective lever to reduce carbon emissions at the scale and speed that is necessary. By correcting a well-known market failure, a carbon tax will send a powerful price signal that harnesses the invisible hand of the marketplace to steer economic actors towards a low-carbon future.”

Another example of a successful implementation of carbon tax has been seen in the UK regarding coal. In 2015, a carbon tax was introduced at a rate of £4.94 per ton of CO2 and is now capped at £18 per tonne until next year. This taxation is the main driver behind a 25% drop in the share of coal-fired electricity generation from 2015. It currently stands at just 3% as of September 2019, with the UK’s greenhouse gas emissions at their lowest level since 1890. Earlier this year the UK went a record-breaking 67 days without coal power, the longest period the UK has operated without coal power since the Industrial Revolution.

However, some economists argue that the potential of a carbon tax on all fossil fuels and other polluting products is limited because it is most likely to affect those who are already worse off. For instance, the average Bangladeshi individual often spends a larger share of their income than an American individual on carbon intensive items such as petrol and heating fuel. A tax on such items would negatively impact an already-poor individual. In many cases there is not always the option to use electric vehicles or established public transport networks, or for their houses to be powered by renewable energy. Furthermore, a tax may cause carbon-intensive production to shift to these developing countries, most of which are not subject to carbon taxes. This outsourcing can incentivise developing countries to expand their fossil fuel industries and increase their pollution levels further.

It is also likely that people living in rural areas would be negatively affected by carbon taxes. For those living in urban environments, if a carbon tax were to drive up the price of fuel, people could simply use public transport more. However, for those living in the countryside, there is often no other alternative. This argument was a primary reason behind the 2018 Yellow Vest Movement in France. In the year prior to the movement starting, diesel taxes increased by 14% over one year and petrol taxes by 7.5%. Protestors were concerned that the rising fuel prices would disproportionately affect the working and middle-class people of France, especially in rural areas. President Macron later suspended the carbon tax on vehicle fuel.

Such regressive impacts of a carbon tax are disputed. Many argue that they can be resolved if the revenue from the tax was redistributed to rural populations and those otherwise negatively impacted by increasing fuel prices. The money could also be used to subsidise green technologies, elevating the potential of a carbon tax further. Sweden generated EUR 2.40billion alone in revenue from the carbon tax in 2017, representing 1.5% of GDP when combined with the energy tax.

Carbon taxing is just one way of holding large emitters accountable for their role in harming the environment. Currently, carbon taxing still covers only a small part of global emissions at prices too low to significantly reduce emissions. Nevertheless, its global portfolio is increasing year on year. As of 2019, carbon taxes have been implemented or scheduled for implementation in 25 countries; while 46 countries have put some price on carbon, either through carbon taxes or emissions trading schemes. However, if there is any hope of meeting the Paris Agreement, where global average temperatures are to be kept well below a 2 °C rise, then far more drastic measures are necessary.