How Large is the Carbon Footprint of Our Pets? 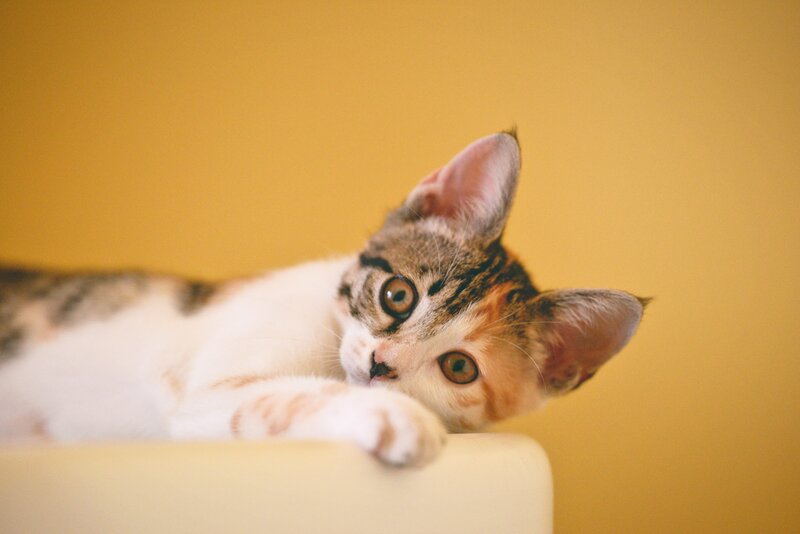 Pets give us unconditional love and companionship and they help to reconnect us to the natural world around us. However, this relationship comes at an increasingly heavy price. The popularity of domestic pets has become the driving force behind a £2.4 billion per-month industry in the UK and the cost of feeding pets has been linked to ecological issues driving the climate crisis, meaning that they have a large carbon footprint. Thankfully, there’s a better way to feed our pets.

Scientists remain torn on what the data indicates about the relationship between our pets and environmental issues like man-made climate change and rising sea levels. But one of the most direct connections between the two stems from the ecological cost of feeding our pet’s meat based kibble, an often surprising insight for many of us!

To begin with, in terms of the two most common pet food products, dog and cat food, both are traditionally meat-based products. This is significant when considering that the production and processing of animal meat for food represents one of the biggest contributors to greenhouse gas emissions in the western world. In 2015, the 163 million domestic dogs and cats in the US consumed a full 25% of the 94.3 million pounds of meat produced in the country.

The UK is home to roughly one tenth as many domestic pets as the US (which accounts for 30% of the meat consumption in the US) and the demand for pet food is lower, but the sheer scale of meat fed to pets in the UK is staggering.

In the last decade, the pet care accessory market has grown by 66%, and for Britain that boils down to just over £70 per person on average. One of the most recent trends in pet items has been electronic cameras that provide interactivity at any time by plugging in and running all day.

Worse than that, plastic toys come with a substantial environmental cost. From the petroleum to the electricity used to produce the plastic, demand for these pet toys only serves to further drive the western world’s ecologically devastating fossil fuels dependence.

Also, a lot of pet toys on the global market are produced in environmentally harmful factories in China, some of which put lead in their toys. These factories often operate under no oversight or governmental safety regulation and the products they make can not only be toxic to our animals, but damaging to our environment too with the increasingly clear risks of plastic pollution and microplastic contamination of our environment..

Thankfully there are  a variety of ecologically sustainable products on the market to choose from. A little comparison shopping can make all the difference for our pets and their carbon footprint.

It is clear that we need to revolutionise the way we think about feeding and caring for our furry friends. Unlike cats, who are obligate carnivores, meaning they literally need to consume meat to maintain their health, dogs are omnivorous animals for whom a meat-based diet is optional like us and not necessary. “Dogs are omnivores, which means they have a pretty adaptable [gastrointestinal] tract, and that their nutritional needs can be met through different means,” said Amy Farcas, a clinical veterinary nutritionist at the University of Pennsylvania.

“It is OK for dogs to be fed a vegetarian or vegan diet – with the caveat that they are correctly balanced,” Farcas says. While vegan dog food seems like an idea that may take some getting used to, the fact is that at one time the idea of feeding a dog a prized foodstuff like meat was considered the height of foolishness. It’s only relatively recently that humans have begun feeding their dogs diets high in meat and animal based proteins as dog’s co-evolved with us to essentially eat what we ate as humans. Modern vegan dog foods include a whole host of healthy proteins from yeast, fungi, and algae. They’re formulated to offer complete proteins. These ingredients are all approved by AAFCO in the US and FEDIAF guidelines in the UK to ensure that the food includes the nutrients that dogs need to thrive.

As supermarket pet food proliferated in the 1960’s fuelled by images of our dogs as wolves our currently prevailing attitudes were shaped by slick advertising campaigns similar to those which convinced people that meat was a necessary part of our diets (it wasn’t and isn’t) that curiously enough, wasn’t about the health of our cats and dogs but selling us an image of our domestic pets as wild animals (which they aren’t and weren’t). In addition, as large scale pet food companies started to cut corners with the quality of their meats, including contaminated and diseased meats which have led to millions of dog and cat food products being recalled, pet parents have increasingly been opting for vegan and human grade pet foods that haven’t had the same health risks.

As the effects of our over-industrialised global society continues to yield increasingly horrific and disastrous environmental consequences for all of us, now is the time to revisit how we feed our pets. No one is expecting people to get rid of their pets because of their carbon footprint, but we should be mindful of how every action, no matter how small, has a consequence.