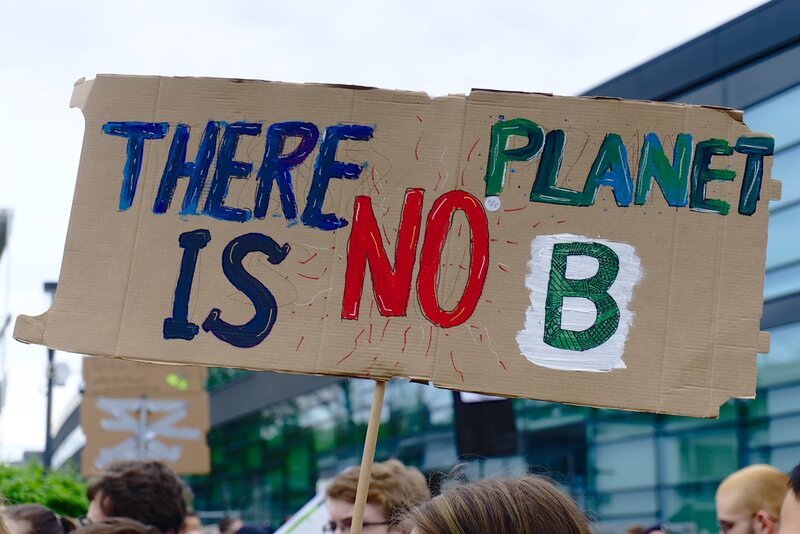 In April 2020, Earth.Org addressed the pervasive problem of climate change denial in Australia by prominent politicians, examining how the disregard of key scientific evidence can contribute to the severity of, for example, Australia’s seasonal wildfires. The subject of this article – the awareness on the part of an individual that climate change is a problem, coupled with a lack of motivation to address or remedy it – is perhaps a more subtly dangerous cousin of pure climate change denialism: climate inactivism.

Initially, human psychology and how people behave in threatening situations appears to be at odds with climate change inactivism. If we encounter a potentially threatening situation, we tend to explore all possible means of avoiding it; for example, if we see a car travelling towards us at speed while we cross the road, we will naturally endeavour to move out of its way. According to this logic, then, climate change – one of the most fundamental threats to human lives and existence – should provoke a similar response amongst the populations and governments of the world.

There is clearly something else at play, however, when one examines certain case studies. Donald Trump, President of the United States of America, has called climate campaigners ‘perennial prophets of doom’, ‘global warming hoaxters’,  and has described the Paris Climate Agreement as ‘badly flawed’.  On the other hand, on separate occasions, he has declared the environment ‘very important’ and denied that climate change is a myth. Is this a case of pure climate change denialism, or something more complicated?

In Donald Trump’s case, it is more likely that he is simply catering to the mood of his voters. A 2019 survey found that approximately 31% of Americans did not believe climate change was real or a threat, compared with approximately 13% of Brits from the results of a separate 2017 survey. The US figure appears at odds with the findings of another, more recent survey: a poll conducted by the Guardian and VICE shows that as many as seven in ten Americans support direct government action to combat the climate crisis. However, this does not necessarily translate into direct action on the part of American individuals, whatever their beliefs about the climate crisis are.

The contradiction between what is expected behaviour in humans in threatening situations, and what occurs in reality, can be explained by another fundamental aspect of human psychology: temporal discounting, which finds that humans place higher importance on short-term benefits than on long-term benefits. In other words, the long-term benefits of slowing or reversing the process of climate change are, to most individuals, not worth the considerable sacrifices which would need to be made in the short term to daily life in order to achieve this.

It is in the best interests not only of individuals, but also of governments and businesses to refrain from taking an active role in combating the climate crisis, chiefly due to the expenses involved in the short term. It is becoming increasingly apparent that the cost of ignoring the climate crisis could be far worse than any short-term losses – according to a 2020 article in Nature Communications, the global economy would lose between US$150-792 trillion by 2100 should countries fail to meet their current targets to cut emissions. In contrast, according to the UN Environment Programme, the total cost of adapting to the impacts of the climate crisis would be $280-500 billion per year globally by 2050. Despite this, the compulsion to value short-term benefits over those in the long term means that, while the climate crisis accelerates, governments are stalling.

Similarly, construal level theory posits that an individual will not relate as personally to an issue that does not directly affect them, than to one that has a significant impact on their daily life. While many people across the world are indeed directly affected by the climate crisis, the majority of the world’s population does not suffer, for example, from the consequences of extreme weather conditions on a regular basis. The direct impacts of the climate crisis, therefore, are more removed in the minds of most individuals from their personal situation. As a result, although the individual may understand that such problems as extreme weather conditions and drought arise from the climate crisis, they are less likely to take direct action.

Clearly, waiting until everybody in the world is directly affected by the more extreme effects of the climate crisis is not a viable scenario. Markman (2018) suggests that a potential solution to the problem of construal level theory in relation to the climate crisis is “bringing the future mentally close, so you begin to feel the specifics of a daily life disrupted by a change in global climate,” in order to “help reduce the psychological distance” between the individual and the climate crisis. He also promotes the idea of self-education, suggesting that familiarising oneself with the science and key climate legislation and predictions, such as the UN Special Report from 2018, is an important step.

Despite the psychological barriers preventing direct action to combat climate change on the part of individuals and governments alike, a methodical and specific approach to self-education and planning for the future could be the answer to reducing this particular kind of climate change inactivism.