What are the Biggest Causes and Effects of Air Pollution? 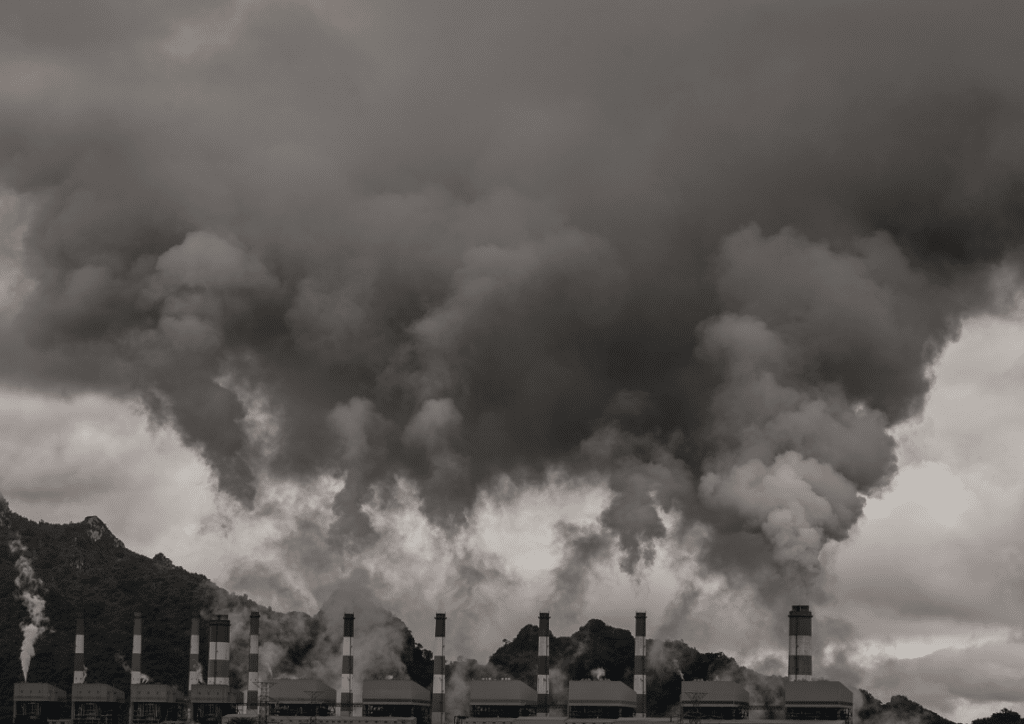 Air pollution refers to the release of pollutants into the air, which can be harmful and impose significant health risks to the population, including increased chances of coronary and respiratory diseases, as well as preliminary deaths. Made up of chemicals and pollutant particles, air pollution is one of the biggest environmental problems of our lifetime. Read on to learn about the major causes and effects of air pollution.

The biggest contributors of air pollution are from industry sources and power plants to generate power, as well as fossil fuel motor vehicles. The continuous burning of fossil fuels releases air pollutants, emissions and chemicals into the air and atmosphere.

In 2020, the Environmental Protection Agency reported that about 68 million tons of air pollution were emitted into the atmosphere in the US, contributing to the “formation of ozone and particles, the deposition of acids, and visibility impairment.”

The World Health Organization (WHO) estimates around 91% of the world’s population lives in places where air quality levels exceed limits. Developing and low-income countries experienced the greatest impacts from outdoor air pollution, particularly in the Western Pacific and South-East Asia regions.

Climate change has an interrelated relationship with the environment and air pollution. As more air pollutants and greenhouse gases are released, this alters the energy balance between the atmosphere and the Earth’s surface, which leads to global warming. The global temperature increase in turns raises the production of allergenic air pollutants such as mold and extends pollen seasons.

Ozone is a gas that when it forms air pollution and reaches too close to the ground, it significantly reduces visibility. We call this smog. This form of air pollution occurs when sunlight reacts with nitrogen oxides released from car exhausts and coal power plants. The ozone typically forms a protective layer in the atmosphere to protect the population from ultraviolet radiation (UV), but as it transforms into smog, it is harmful to human health and poses higher risks of respiratory illnesses like asthma and lung cancer.

Air pollution and poor air quality can be attributed to changing weather conditions. For example, dust storms in China would carry clouds of industrial pollutants and particulate pollution across the Gobi desert into neighbouring countries such as Korea and Japan during spring season. Likewise during periods of high air pressure, air becomes stagnant and pollutants are more concentrated over certain areas.

Heat waves not only lead to an increase of temperature, but are some of the causes and effects of air pollution. Hotter, stagnant air during a heat wave increases the concentration of particle pollutants. Extreme heat wave events also have higher risks of large-scale wildfires, which in turn, releases more carbon emissions, smog and pollutants into the air.

Air pollution contributes to the death of 5 million every year and about 6% of the global population, according to Our World in Data. The lethal combination of outdoor air pollution and toxic emissions from burning fossil fuel has been one of the leading causes of chronic and often terminal health issues including heart disease, stroke, lung cancer, and lower respiratory infections.

The WHO estimates that nine out of 10 people breathe air that contains high levels of pollutants. In 2017, close to 15% of population deaths in low income countries like South and East Asia are attributed to air pollution, while the higher income countries experience only about 2%.

The drastic difference in mortality numbers can be linked to legislations such as the Clean Air Act implemented by high-income countries like the US. Such legislations usually establishes national air quality standards and regulations on hazardous air pollutants. The UK in particular, saw a sharp 60% decline in air pollutant emissions between the 1970 and 2016.

The environmental effects of air pollution are also vast, ranging from acid rain to contributing to birth defects, reproductive failure, and diseases in wildlife animals. Agriculture is also a victim of air pollution as increased pollutants can affect crop and forest yields, reduce growth and increased plant susceptibility to disease from increased UV radiation caused by ozone depletion.

In the wake of the COVID-19 pandemic, air pollution has once again returned to the spotlight in relation to its role in transmitting virus molecules. Preliminary studies have identified a positive correlation between COVID-19-related mortalities and air pollution. China, being one of the most polluted countries in the world, can potentially link its high death toll during the pandemic to its poor air quality. Although, more research needs to be conducted to make any substantive correlation.