According to the World Health Organisation(WHO), air pollution from coal, oil and gas burning sources kills nearly 9 million people worldwide every year. The same data shows that 99% of the world population currently live in places with air quality that exceeds WHO guideline limits, breathing in high levels of pollutants. These deaths occur as a result of increased mortality from stroke, heart disease, chronic obstructive pulmonary disease, lung cancer, and acute respiratory infections. We know that air pollution is most prevalent in middle- to low-income countries as a result of poor pollution standards and industrial work and development, but which cities are the most polluted in the world? Earth.Org has gathered data to find the 15 most polluted cities in the world.

These results have been taken from IQAir’s 2021 World Air Quality Report which was compiled using data aggregated from over 80,000 data points. IQAir is a Swiss air quality technology company, specialising in protection against airborne pollutants, developing air quality monitoring and air cleaning products.

The top 15 most polluted cities, ranked according to their PM2.5 ranking. PM2.5 refers to atmospheric particulate matter (PM) that have a diameter of less than 2.5 micrometers, which is about 3% the diameter of a human hair (Source: IQAir: World’s Most Polluted Cities 2021 (PM2.5)).

What are the Causes and Effects of Air Pollution?

The biggest sources of air pollution around the world are from burning fossil fuels in power plants to generate electricity, including coal, oil and natural gas, as well to power fossil fuel-based vehicles and other modes of transportation. The burning process releases significant amounts of air pollutants, emissions and chemicals into the air and atmosphere. These air pollutants, namely nitrogen oxides, would often react to ultraviolet radiation (UV rays) from the sun and forms into smog, which poses higher risks of respiratory illnesses.

Aside from deeply harmful effects to the human body, air pollution can impact the environment too, causing phenomenas such as acid rain and reduced crop yields to to reproductive failure and diseases in wildlife animals.

Shockingly, 12 of the world’s 15 most polluted cities are in India. What’s more, the country is also home to 63 of 100 of the most polluted places.

The Lancet estimates that air pollution kills more than 1 million people in the country every year. The IQAir report says that on average, India’s cities exceed WHO guidelines for the amount of PM2.5 in the atmosphere by 10 times.  Following the updated air pollution guidelines adopted the WHO and based on air quality data for PM2.5 in 2021, people in New Delhi, which was ranked as the capital with the worst air quality in the world, are breathing air 13.2 times higher than the new limit.

Air pollution in India are caused by fumes from vehicular traffic and exacerbated by diesel generators and the burning of fossil fuels in cooking by poorer families. This is in addition to industry as well as the burning of waste and farmers setting fields alight after crops are harvested.

The country is making progress, thanks to its National Clean Air Programme which aims to reduce air pollution levels by up to 30% by 2024. India is also planning the world’s largest expansion of renewable energy by 2022.

Despite 1.25 million Chinese people dying early each year from air pollution, a study has shown that annual deaths peaked in 2013 and are now below 1990 levels, owing to concerted efforts by major cities to reduce particle pollution. Industry and traffic were cleaned up as well as tackling fuels used at home; in 2005, 61% of Chinese homes cooked using coal or wood, which was reduced to 32% in 2017. In Beijing, coal heating was banned in favour of natural gas and clean energy has been promoted countrywide.

China is investing more in solar energy than any other nation, representing 45% of all global investment in solar. By 2024, it is expected that China will be generating twice as much power from solar as the US. However, 98% of the nation’s urban areas still exceed previous WHO guidelines and 53% exceed China’s own less stringent national standards. But there has been some promising progress: Chinese officials have announced in 2021 that Beijing has met state air quality standards for the first time in 2020, hitting the goal almost a decade earlier than expected. The 2021 IQAir report also found that air quality in the country has vastly improved where more than half its cities saw lower levels of air pollution in 2021 compared to the previous year. The improvement can be attributed to stringent measures in recent years to reduce national coal consumption, emissions from transportation and relocating polluting heavy industries.

In a surprise move, the country pledged in 2020 to be carbon neutral by 2060 – a massive task for the world’s largest polluter that will no doubt come with challenges – the country will need to cease its investments in coal and ramp up its already-rigorous investments in renewable energy. It will also need to invest in carbon capture and storage technologies.

How Can We Tackle Air Pollution?

Most importantly, countries need to be able to access real-time pollution data; many countries, especially within Africa and the Middle East, lack this data. To address this issue, IQAir claims that a range of global citizens and NGOs are attempting to fill in data gaps with their own data sensors. 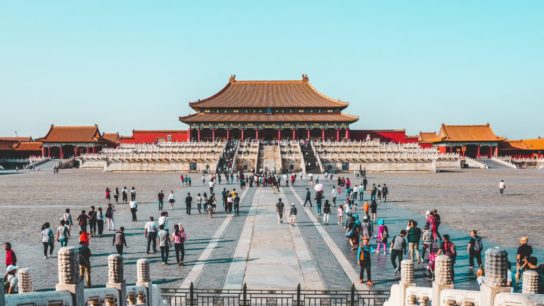