Deforestation is a global problem, and its ramifications for climate change are undeniable. As a country with an acute level of deforestation, the Nigerian government has set up policies to address the problem. However despite the policies introduced, deforestation in Nigeria persists.

Over the years, deforestation has posed a consistent threat to biodiversity in Nigeria. According to the revised statistics by the The Food and Agriculture Organisation of the United Nations (FAO), between 2000 and 2005, Nigeria had the highest level of deforestation in the world, as 55.7% of the country’s primary forests were lost. In 2020, the country lost 97.8 kilohectares of natural forest, which equated to 59.5 metric ton of CO2 emissions. Substantiating this grim situation, the Nigerian Conservation Foundation (NCF) reported that Nigeria had lost 96% of its original forests because of deforestation.

Due to the alarming rate of deforestation in the country, the Nigerian government has introduced policies to tackle this problem, such as the national forest policies of 1988 and 2006. Also, the federal government granted paramilitary status to the National Parks Service (NPS) to bolster the service’s actions against poaching and trespasses. However, many of these policies have not been a resounding success.

That is why in 2021, Nigeria launched the Reducing Emissions from Deforestation and Forest Degradation (REDD+) strategy towards reducing the problem of deforestation in the country with the support of the Forest Carbon Partnership Facility of the World Bank, the United Nations Programme on Reducing Emissions from Deforestation and Forest Degradation (UN-REDD) programme,  as well as technical assistance from other bodies such as the FAO; the United Nations Development Programme (UNDP); and the United Nations Environment Programme (UNEP). The strategy seeks to curb climate change by bringing an end to the destruction of forests while promoting sustainable forest management.

With the Nigerian government’s pledge at COP26 to end deforestation by 2030, it becomes increasingly relevant to assess policies that have worked remarkably well for countries tackling deforestation. Based on this interest, Costa Rica’s PES scheme is analysed in this piece.

What is Costa Rica’s Payments for Environmental Services Programme (PES)?

By 1987, deforestation had resulted in a loss of nearly half of Costa Rica’s forest cover. However, due to interventions led by the country’s government, Costa Rica became the foremost tropical country to tackle deforestation.

How did the country instigate this remarkable turnaround? First, the government criminalised cutting down trees without prior approval from the relevant authorities. In addition, the government introduced the Payments for Environmental Services (PES) Programme to reward local communities for protecting the forests.

The PES model provides landowners with financial incentives over five or 10-year contracts when they utilise forest-management and sustainable land-use techniques. With an investment totalling USD$524 million in the PES, more than 18,000 families benefited from this programme from 1997 to 2019. Also, according to the International Institute for Environment and Development, more than one million hectares of forests have been covered by this scheme since 1997. 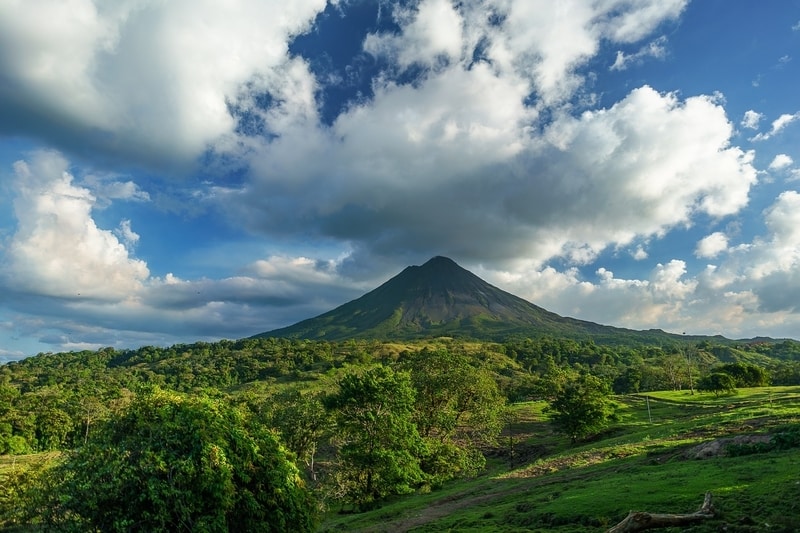 Why Has the PES Been Successful?

In the view of the Environment for Development (EfD), Costa Rica’s success is partly due to a commitment of the government to get underway with desired plans and to experiment.

On another note, Costa Rica’s PES scheme maintains a clear institutional framework that specifies the necessary network of collaboration instrumental to the scheme’s operation. For Costa Rica, the government centred this framework around the Ministry of Environment, Energy, and Telecommunications. By consolidating the necessary authority under a single ministry, the government addressed the possibility of different units working without synergy.

According to FONAFIFO, CONAFOR and the Ministry of Environment, the more complicated the relevant contract and its accompanying regulations are, the more difficult it is to ensure that the beneficiaries completely understand and agree to the contractual rights and duties. Costa Rica recognised this perspective and made it necessary for the PES programme participants to work with a regente forestal (forest agent), a private technical professional hired to handle the programme’s paperwork and execute the project. In addition to these, as an aspect of the monitoring plan, the regente must also prepare project status reports.

Furthermore, the PES programme provides clear and enforceable sanctions for situations wherein the participants do not comply with the regulations. The government implements the contractual sanctions to inspire compliance with the programme in addition to a fraud deterrence function. Specifically, the Procedures Manual for the PES programme supports the idea that if a project does not comply with the contract, the Forest Law, and other regulatory requirements (including the Procedures Manual which is enacted by the National Forest Finance Fund (FONAFIFO) and the National System of Conservation Areas (SINAC), these institutions are authorised to launch the relevant administrative and legal action, even to recover already-disbursed resources.

According to the Federal Ministry of Environment Abuja, the weak institutional ability to effectively execute sustainable forest management policies and practices contributes to Nigeria’s forest resources decline. Also, most of the states in the country lack the forest resource data needed to construct or update forest management plans. In the same vein, The New Humanitarian reported the government’s dire challenge to address the underlying factors facilitating deforestation in Nigeria, such as weak regulations and an absence of policy support.

However, despite the challenges identified above, it is essential to point out that the government has taken some decisive actions over the years towards tackling deforestation. In 2009, Nigeria started networking with the United Nations REDD Programme (UN-REDD), maintaining similar goals as Costa Rica’s PES model. By 2010, Nigeria became a partner and established a commitment to help mitigate climate change by fostering enhanced levels of forest conservation and the sustainable livelihood of communities.

Through this partnership, Nigeria commenced a demo programme in Cross River State, wherein over 50% of the high tropical forests left in Nigeria are located. The government referred to the programme as a Community Based REDD+ Programme (CBR+) that would foster biodiversity conservation, forest management, and alternative sustainable energy. The programme has assisted over 300 families in 21 communities through the years. Furthermore, the CBR+ Programme’s outcomes contributed to Nigeria’s national REDD+ initiative that the government launched in 2021.

However, despite the benefit of the CBR+ Programme in laying the groundwork for the anticipated national REDD+ initiative, The Republic criticised the programme, backed by Global Forest Watch’s data which reported a deforestation peak period as of 2014 in Cross River, despite the state-wide anti-logging ban. This was partly attributed to the corrupt practises of the anti-deforestation task force, which periodically aided the illegal network of criminal loggers. In addition, The Republic argued that the REDD+ initiative ignored the deforestation undertaken by parties to facilitate industrial plantations and farms across Cross River, despite its adverse impact on the state.

Going by the Global Forest Watch statistics, Nigeria lost 1.04 millihectares of tree cover between 2001 and 2020, representing a 10% decline from 2000. Costa Rica, on the other hand, lost 253kha of tree cover between 2001 and 2020, a 6.5% decline since 2000. Although tree cover loss does not directly equate to deforestation, it does represent a component of its causal factors. Therefore, it might be insightful to examine aspects of Costa Rica’s policy option against deforestation that could be replicated in Nigeria.

In a report prepared by the FONAFIFO, CONAFOR and Ministry of Environment, similarities were established between the REDD+ initiative and PES and Conservation Incentive Programmes. The similarities revolve around fostering sustainable forest management by incentivising or rewarding forest managers/owners. Therefore, the Nigerian government could benefit from modelling specific aspects of Costa Rica’s PES scheme in the country’s continuous attempt to tackle deforestation.

Specifically, the replication could be in providing a clear institutional framework because many of Nigeria’s challenges could be associated with this aspect. In the past, Nigeria has implemented national forest policies in 1988 and 2006. However, these policies largely failed to hinder deforestation in the country. According to The Partnership for African Social and Governance Research (PASGR), the policy failures of the Nigerian government can be attributed to a poor policy implementation culture.

For example, a clear institutional framework could encourage synergy among the parties executing policies against deforestation by acknowledging a necessary network of collaboration. In the past, policies concerning deforestation have been weakened by a lack of coordinated efforts, such as the 1988 forest policy, which failed in its objective to expand the country’s forest estate from 10% to 20%.

Also, although some state governments have implemented legislation to monitor and regulate forest reserves, the continued high pace of deforestation implies that overall control has been ineffective. According to Nigeria’s 1999 constitution, which grants local governments and states joint jurisdiction over natural resource development, the forestry sector is controlled at the federal, state, and local government levels. Therefore, duties, power, and resources are divided among the three levels. However, there is a lack of clarity in these groups’ separate responsibilities (because there are 36 state forestry agencies and the potential presence of ministries of forests in some states), which ends up contributing to a lack of coordinated effort.

Khalid Raji is currently a DAAD Scholar and Postgraduate Student at the University of Duisburg-Essen, Germany. Born and raised in Nigeria, he holds a Bachelor’s degree in Sociology from the University of Ilorin, Nigeria. His interests span across climate security, global governance, and sustainable development.