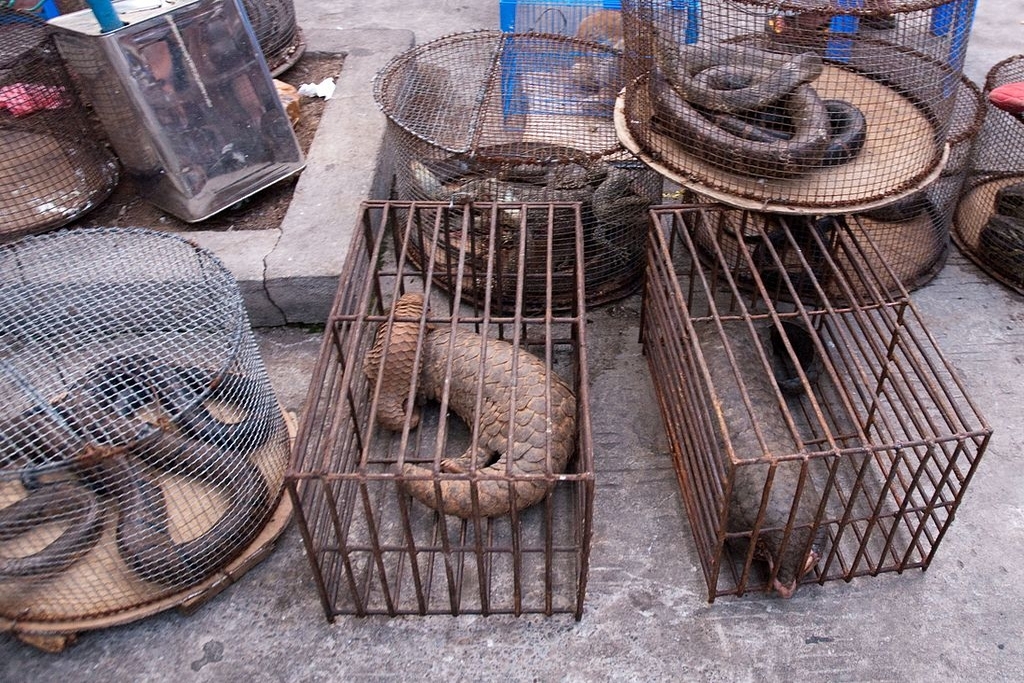 A positive side effect of the COVID-19 pandemic- besides reduced emissions– is the focus and response to the illegal wildlife trade, especially in China, which has announced a permanent ban on the trade and consumption of wild animals, including in wet markets, like the ones at the centre of the outbreak in Wuhan. International conservationists greeted this act as a vital step, but what do we have to be aware of now?

For centuries, the cultural roots associated with consuming wild animals have run deep in China. They are used in multiple industries, ranging from food to traditional Chinese medicine, and from fur production to research in laboratories.

The wildlife-eating culture can be found particularly in the southern part of China. According to China Dialogue, some residents of Guangdong province in South China like to drink a bowl of piping hot snake soup for breakfast to ward off the cold in winter. Similarly, Cantonese people believe that snake meat can treat illness. Over the past thirty years, the consumption of exotic species such as pangolins, bears and migratory birds has become a status symbol.

Aside from meat, wildlife is used in Chinese medicine to treat human ailments. For instance, some people believe that pangolin scales can encourage breast-feeding for lactating mothers, improve poor circulation, cure arthritis and cancer, and even boost male vitality, despite a lack of scientific evidence of their medicinal merit.

There is also a demand for fur products which is satisfied through the illegal wildlife trade. According to International Fur Federation data, retail sales of fur in China are worth about US$17 billion per year. China produces the most profitable wild animal furs using mink, fox and raccoon, among others.

The wildlife industry feeds a lot of Chinese families. Wildlife farming is a crucial source of income for some developing places like Guangxi and Guizhou. A government-sponsored report released by The Chinese Academy of Engineering in 2017 revealed that the wildlife sector is valued at RMB 520 billion, approximately US $74 billion, employing at least 14 million people.

Why Wildlife Trade is Harmful

This lucrative industry, however, has resulted in environmental problems such as threats to local ecosystems and biodiversity loss. Not only do species suffer from inhumane practices and possible extinction, the illegal wildlife trade poses threats to public health.

While we still need time to unravel the timeline and initial cause of the COVID-19 epidemic, some researchers believe that the virus jumped from a market animal to humans, then infected more people through mutation. At the time of going to print, the disease has infected nearly 2 million people and caused more than 100 000 deaths globally.

In late February, the Standing Committee of the 13th National People’s Congress (NPC) announced its fast-tracked decision to comprehensively prohibit illegal trade, eliminate the bad habits of wild animal consumption and protect people’s health and safety, as part of efforts to curb the coronavirus outbreak.

According to China Daily, the prohibition included the hunting, trading, transport and consumption of wildlife, which included wildlife protected by the law and other non-aquatic animals of ecological, scientific and social value.

Since the virus hit, about 20 000 wildlife farms have been closed down in China or put under quarantine.

While international conservationists have greeted this decision as ‘a big step in the right direction’, some experts have warned against a possible loophole of the law.

China’s decision does not restrict fur trade, medicine or research, according to an analysis by the Wildlife Conservation Society. This could create a potential loophole for traffickers to exploit non-food exemptions in wildlife animal trade. Wildlife campaigner Aron White commented that there was a risk of wildlife being sold for medicine, and then trafficked for food.

Daniel Challender, a researcher from the University of Oxford, who studies the pangolin trade, said the decision appears to exempt the breeding of pangolins for traditional Chinese medicinal purposes.

Zhou Ke, a professor on environmental and resources law at Renmin University, told China Central Television that the guiding principles in amending the law on protecting wildlife need a change, and that public health safety ought to be written into the law.

The new ban, however, does not make it clear how monitoring will be undertaken or the penalties for inadequate protection of exotic animals.

Aside from this law, mass education on wildlife protection is also required to cease the consumption and trade, whether for meat eating, medicinal treatment or fur. The entire world is now facing public health risks, and yet, it is hard to mitigate or solve epidemic issues. Comprehensive education to stigmatise wildlife consumption is one of the few ways to influence people who live with deep-rooted cultural beliefs.

Additionally, a simple action that consumers can make is to stop purchasing wildlife animals for food, health treatment or luxury fashion.